Brave Mabalo Singh: Even art has makings of a Bollywood or a ‘teleserye’ | Inquirer Lifestyle ❮ ❯ 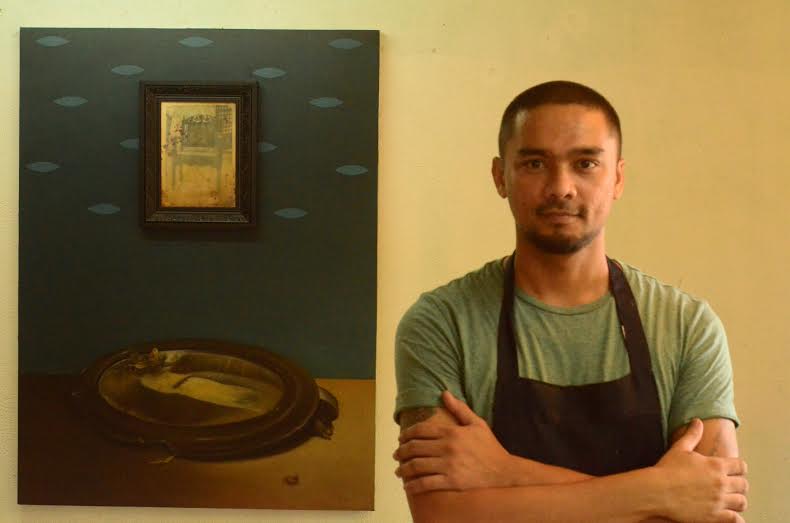 Brave Mabalo Singh: Even art has makings of a Bollywood or a ‘teleserye’

LAST June 19, Ilocano artist Brave Mabalo Singh, 34, greeted his dad a Happy Father’s Day for the first time in his life. Separated for the past 27 years, theirs is a father-and-son story with all the makings of a blockbuster Bollywood flick combined with a top-rating Pinoy teleserye.

In the early 1980s, a young Rosemarie Mabalo from Ilocos Sur met Indian-American Anup Singh while on vacation in New York. The two quickly fell in love, got married in the Philippines, and not long after bore a son whom they named Sher (meaning “lion”) Brave. But the couple soon had to return to the US to pursue their livelihood and made the painful decision to leave Brave in the care of relatives.

Youth and heady romances, however, are often complicated by personal circumstance and the inevitable clash of cultures. Rosemarie and Anup eventually grew apart and separated. “When I was 7,” Brave recalls, “my father came back to the Philippines and asked to take me and my mom to the US but she and my lolo refused.”   That moment was to be the young Singh’s last memory of his father.

The trauma of this and subsequent other separations have clearly made a profound impact on the artist’s work as evidenced in his first solo exhibit dubbed “Surviving Traces,” on view at Boston Gallery beginning July 2.

There is, in Brave’s paintings, an unapologetic sense of melancholy, a distinct brooding countenance that simultaneously revisits and reconstructs the past.

The exhibit is the artist’s ode to memory, a sentimental remembrance of people and things past. “After my mother’s passing, and with all of my relatives migrating to the States, I was left alone to tend to my half-brothers and I was made in-charge of our family home. Our home used to be so full of life with all my tito and tita and cousins around. Now it is all different. And whenever I look around, I cannot help but reminisce those days,” he explains.

“The objects in my paintings are personal reminders of my childhood, of growing up, of love that faded and people I lost. By painting these mementos, I want to objectify many of these memories, hoping that in doing so I can tie my present to my past. Some of the elements are actual fragments, remnants that I found in our old house.”

In one painting poignant for its many sentimental evocations, Singh reassembles pieces of her lola’s favorite piano stool. Once a permanent fixture in the Mabalo ancestral home, the piece in actuality is nothing more than a pile of discarded debris. But on Singh’s canvas, it is a breathing signification of music, hearth and home.

Growing up, all Brave had as a tangible memory of his father was an old, tattered photograph.

When his phone rang in mid-March of this year with a call from an unregistered overseas number, Brave knew who it was immediately. An aunt had finally managed found the older Singh still living in New York. Heart racing, he was unsure whether or not to pick up.   When he finally did, he recognized his father’s voice on the other end of the line.

“When I spoke to him on the phone,” Brave says, “it seemed I found a missing piece of my life, of who I am. Now I feel complete. Whole.” Father and son are now planning a reunion sometime this year.