‘The Nest’ author Cynthia D’Aprix Sweeney: ‘We are all born into a story we have little control over’ | Inquirer Lifestyle ❮ ❯ 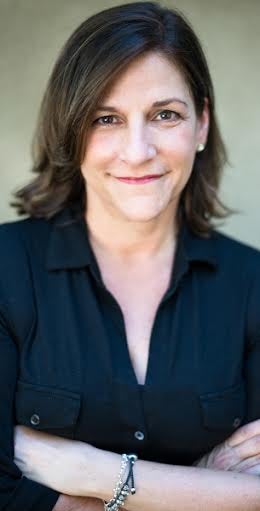 ‘The Nest’ author Cynthia D’Aprix Sweeney: ‘We are all born into a story we have little control over’

There’s no trouble like family trouble, as American novelist Cynthia D’Aprix Sweeney shows us in her debut novel, “The Nest.” A complex, funny and observant story about an inheritance that comes between four siblings, “The Nest” surprises readers by heading off into unexpected directions when Sweeney discusses the unique make-up of the four distinctively different Plumb siblings (Leo, Jack, Bea and Melody)—what held them together and what keeps them apart. Unmistakably set in New York, “The Nest” makes family dysfunction enthralling. Sweeney’s best-selling success with her first book coming with her already in her middle 50s is a fascinating story by itself. The Inquirer interviewed Sweeney via e-mail. Excerpts:

“The Nest” is set at the heart of a very dysfunctional family. Was this where the book began, the idea of writing about a deceptively troubled family, or did it emerge from some other idea?

One of the main inspirations for the book was that I grew up in a very Irish-Italian Catholic environment and almost everyone I grew up with had lots of brothers and sisters. I’m the oldest of four and growing up I always described our family as “small”—and it was compared to most of my friends’ families. So I’ve always been interested in sibling dynamics and those relationships just become more intense as everyone ages. So yes, I set out to write about a group of adult siblings in peril.

From a plot perspective, “The Nest” is about four adult siblings fighting over money, but I also think the book is about the one thing all of us inherit simply by being born: our place in a family narrative. We are all born into a story that we have little control over, including who the other characters in the story are and what part we’re assigned to play out. And I’m also interested in the notion that because you share DNA and a history with people, you will necessarily share values or a common vision for the future. Sometimes you will and sometimes you won’t and either way is OK!

I think the characters in “The Nest” are struggling with something we all have to face—to differing degrees depending on circumstances—but all of us, eventually, have to reconcile the story we inherit with the one we want to write for ourselves.

Considering it’s your debut novel, what do you consider the most difficult part of the writing process for “The Nest?”

Finishing the first draft was definitely the hardest part. I had so many characters and story lines, and getting all those people and plots to the end was a real struggle on some days.

Conversely, what did you enjoy the most about working on “The Nest?”

Working on a novel (when it’s going well) is really exhilarating because the barrier between the world in your head and the real world slowly dissolves until the real world is regularly feeding the world of the novel. So, for example, you hear a song or read an article in the newspaper or overhear a conversation and it all gets dumped into the ravenous part of your brain that is The Novel. I loved that part of working on the book.

How was it moving from writing ad copy and nonfiction to writing long-form fiction?

It was a very gradual process, so it was fine. I started writing short fiction pieces and then took some short story classes and then went back to school to get my MFA so it was baby steps along the way.

The book sounds perfect for a movie or TV adaptation. Any interest?

People reading “The Nest” will identify with one Plumb or another. Which ones are closest to how you are?

I relate to every character. I think if you put all four Plumb siblings together, you would probably have a pretty good approximation of me. Leo was the most fun to write and probably the one I miss writing the most.

What’s next for you?

I think I’m working on a new novel but it’s a little too early in the process for me to be certain. As mentioned previously, I love the part of writing a book when you become totally immersed in the world of the book and I’m hoping to be back in that place very soon.

“The Nest” is available in paperback from National Book Store.