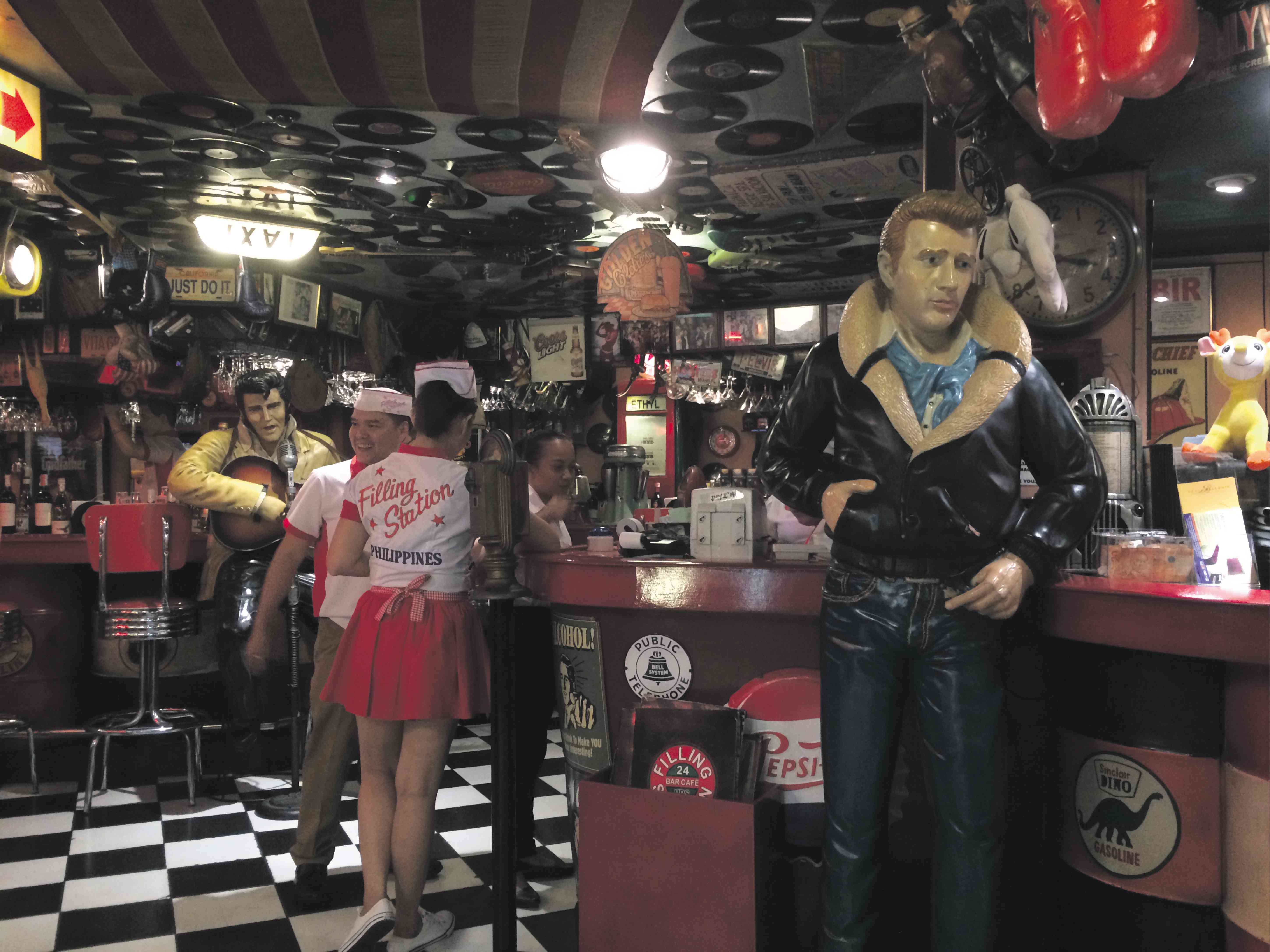 AT 3 A.M. your choices on where to go for a bite and a few drinks are limited.

But in Makati’s tourist district, there are three places you can hang out in and have a good time till the sun rises: Filling Station, H & J, and El Chupacabra.

Filling Station is a 24-hour bar and cafe that replicates the classic American diner. Other local versions we remember from the distant past, such as Sam’s Diner in Quezon City and Rosie’s Diner in Manila, have since closed shop.

At Filling Station, the ambiance transports you to the 1950s and ’60s—all sorts of memorabilia, from consumer brands to movie posters to sports gear to kiddie toys, everything is here, including life-sized wax images of Elvis Presley strumming a guitar at the bar and a moody-looking James Dean standing nearby.

Time slows down, almost standing still in the smoking section, whose glass-paneled walls give a striking view of a side street that suddenly reminds us of scenes from Martin Scorsese films: taxis cruising by neon-lit clubs as the music plays—in this instance, “Unchained Melody” while you drink your second bottle of San Miguel Pale Pilsen.

Next time we’ll sample the burger or pizza that Filling Station boasts on its facade sign.

It has a wide selection of wines and spirits, including fine merlot from Chile. But one of its bar chow items, beef salpicao, needs improvement because the one we sample is tough to chew.

A number of hookers walk in and sit around, but that’s fine, since the music, played by a DJ and open to requests, lends the place a bit more class: Tears For Fears, Steely Dan and other classic rock stuff.

Right across H & J is El Chupacabra, which we’ve written about a few years ago; the good news is that this Mexican-theme street eatery is now open till the wee hours.

The sisig still tastes fine and goes well with ice-cold beer. However, remind the staff to be careful when grilling the pork barbecue because the one served us is burnt. 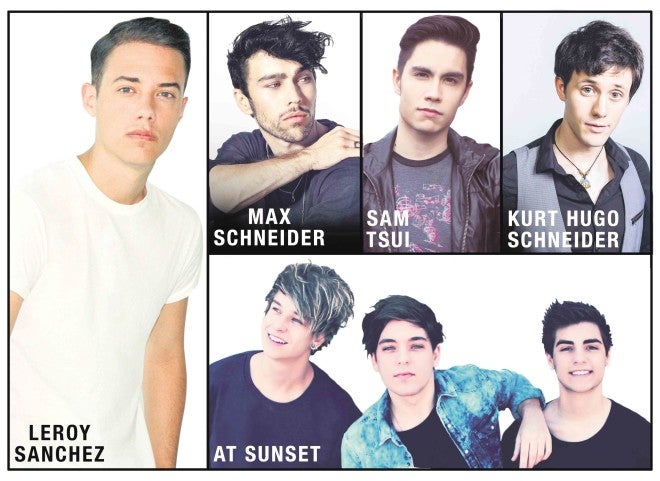 Ovation Productions’ “Smart Own It! Kick Off Concert,” happening on July 9 at Smart Araneta Coliseum  features some of the most viewed artists on YouTube including Leroy Sanchez, Max Schneider, Sam Tsui with Kurt Hugo Schneider, and the Australian band At Sunset.

Max Schneider is a New York-based pop-soul singer and actor who was part of the Broadway musical “13” as a swing understudy covering four roles in 2008 and 2009. He has toured with Fall Out Boy, Wiz Khalifa and Hoodie  Allen.

Tsui has 2.5 million subscribers on his YouTube page. Primarily known for covering the songs of Adele, Britney Spears, Taylor Swift, Justin Timberlake and Bruno Mars, Tsui also has original material like his 2013 debut album “Make It Up.”

He frequently collaborates with Kurt Hugo Schneider—whose YouTube page, in turn, has over 3 million subscribers and more than 600 million views.

The Aussie band At Sunset is composed of brothers Harrison and Andrew Kantarias and their good friend Tom Jay Williams.