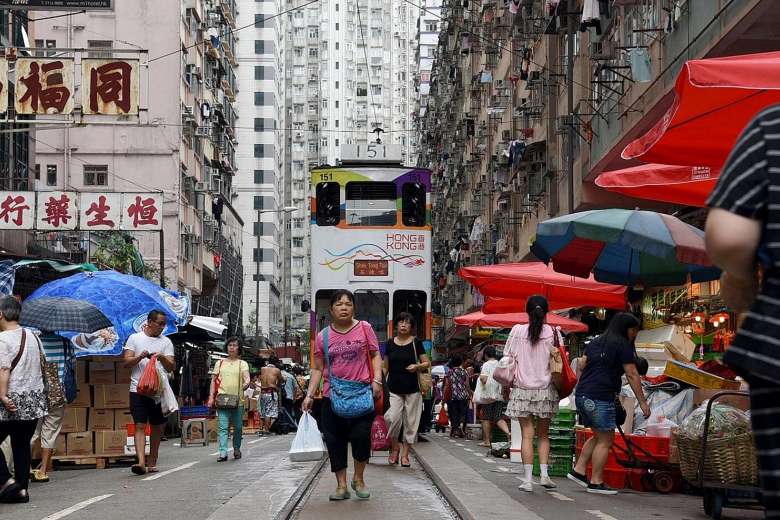 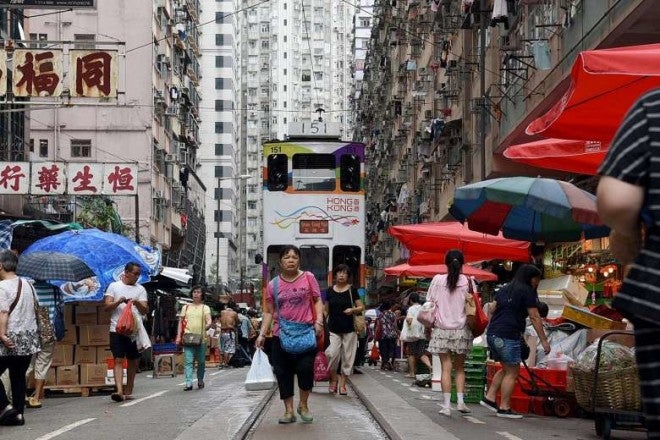 Hong Kong may be well connected by a world-class rail system, but its fast trains cannot beat the slow tram when it comes to completing the last mile of Kimmy Tong’s commute to the office each day.

“The ding ding is convenient and comfortable to ride in and it stops right in front of my office,” said the 40-year-old accountant who lives in Kowloon peninsula across the harbor from the island, where her office is located, between the Causeway Bay and Wan Chai mass transit railway (MTR) stations. It would take 15 minutes to walk from either MTR station to get to work, she said.

The ding ding, as the tram is affectionately known to Hong Kongers for the sound of its bells, is especially convenient during summer when “it is too hot to walk,” Ms. Tong said.

Hong Kong’s iconic tram, despite its 112-year vintage, has not stopped being relevant as a key form of public transport in the city.

Statistics from the Hong Kong Transport Department show that an average of 180,000 people took the tram every day last year.

Passengers, who are mostly schoolchildren and office workers, continue to pack the tram during rush hour even though there are faster ways of getting around, such as the bus and the MTR. Yet people take the trams because, with a stop every 250m, it brings commuters closest to their destinations. Not just locals, but tourists also find it a convenient way of getting around. A tram ride is the cheapest sightseeing tour in this city, said Indonesian tourist Koko Valen, 35, who took the tram for the first time last week.

And to keep it attractive to commuters, early this month, Hong Kong Tramways rolled out an air-conditioned tram, just in time to beat the scorching summer heat.

The company’s managing director, Emmanuel Vivant, 35, told The Sunday Times that the air-conditioned tram is a three-month pilot project to allow the firm to gather feedback from commuters and see if they are willing to pay more for the new service.

Powered by electricity, with just six lines plying Hong Kong Island and costing a flat fare HK$2.30 (US $0.58) per ride, compared with MTR fares which start at HK$4.50, the tram system prides itself on being the most environmentally friendly and cheapest mode of public transport in the city.

These double-decker trams have been plying Hong Kong’s busiest thoroughfares since 1904. For 35 years, until 2010, the system was run by The Wharf (Holdings) – a Hong Kong conglomerate specializing in real estate and logistics.

Vivant, who is also the chief executive of RATP Dev Transdev Asia, said the business has been sustainable through its revenues derived from ticket fares, advertising and its engineering services arm.

He said the company’s fleet of 164 trams was “100 per cent made in Hong Kong,” which contributed to its low cost of operations.

As a cherished heritage icon in Hong Kong, the trams have also managed to attract advertising dollars from big designer brands such as Chanel and Kate Spade.

RATP Dev Transdev Asia also operates Seoul Metro Line 9 and Mumbai Metro Line 1, and it owns about 2,000 buses in mainland China – in Nanjing city and Anhui province. It has a staff of 6,000 in Asia and a revenue of about 160 million euros (US$177 million), said Vivant.

In Hong Kong, to increase revenue and reduce costs, the company has rolled out a series of new signature trams, improved its maintenance methods and made real-time information on the positions of the trams available for passengers.

Vivant also plans to expand the tram system into the New Territories and the Kai Tak development area in Kowloon.

This is after a close call for the company last year when a retired town planner proposed to the Town Planning Board to scrap the trams in the central district, blaming them for traffic congestion, as they occupy 30 per cent of the roads.

The proposal triggered a public outcry when it was announced last August. The Town Planning Board rejected the proposal two months later, after receiving over 22,000 public submissions, of which 98 per cent were against the proposal.

The reaction of Hong Kongers is, perhaps, not surprising, given that their love affair with the tram goes beyond its being a convenient ride.

Thierry Delrieu, 45, who has been living in Hong Kong for 10 years, said that, like the locals, he takes the tram for short-distance trips. “It’s the only moment when you can take your time in Hong Kong. There’s no rush when you are on a tram,” he said.

It is also “faster because I wouldn’t have to take a few flight of stairs to get to the MTR platforms,” said Delrieu, who manages a luxury goods business.

For others like Sunny Wong, 29, a tram ride can be “therapeutic.”

The financial analyst said she enjoys soaking in the sights as the tram cruises past old neighborhoods.

And for some commuters, it is the easiest way to get a free ride, especially on crowded trams.

Roy Leung, 29, a sales promoter, said he would just hop off the tram from the back exit without paying when it is crowded and the driver cannot see him.