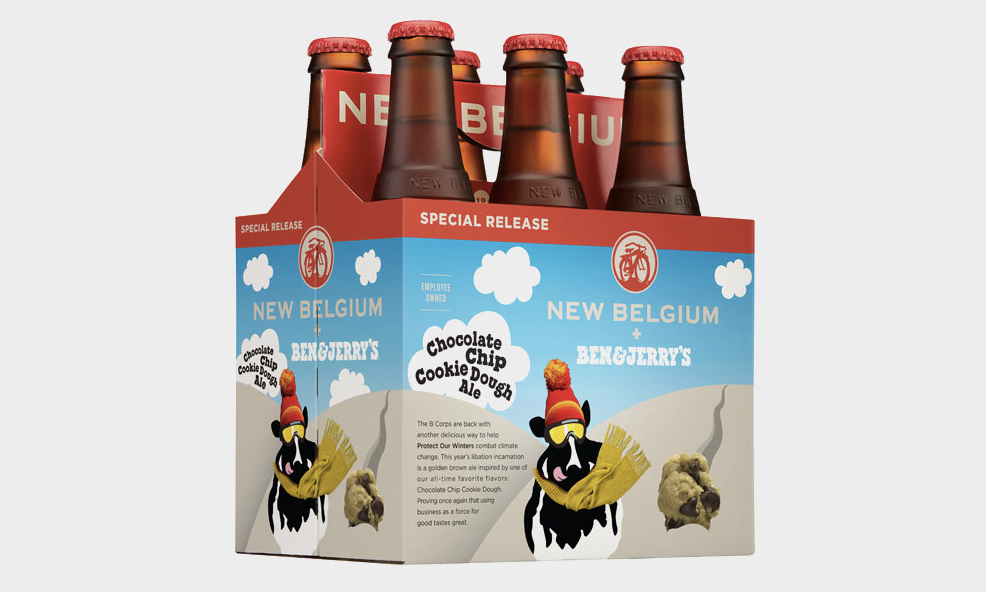 The maker of Ben And Jerry’s ice cream brand and New Belgium Brewing Co., have created a new delectable treat–it’s not ice cream, but a freshly brewed beer that tastes like “a heavenly pastry.”

After launching Salted Caramel Brownie Brown Ale and its corresponding ice cream dessert last year, the companies, both based in the US, have blended efforts to launch their newest mouth-watering indulgence:  Chocolate Chip Cookie Dough Ale.

For the love of Mother Earth, $50,000 in proceeds from sales of the sumptuous beer will be donated to Protect Our Winters, a climate-change advocacy NGO.

“We are excited to be partnering once again with the good folks at Ben & Jerry’s and POW,” said New Belgium director of sustainability Jenn Vervier in a press statement. “The beer in development tastes amazing and we look forward to talking about climate change and climate action. With the upcoming election and a new administration, year two is even more important than the first round.”