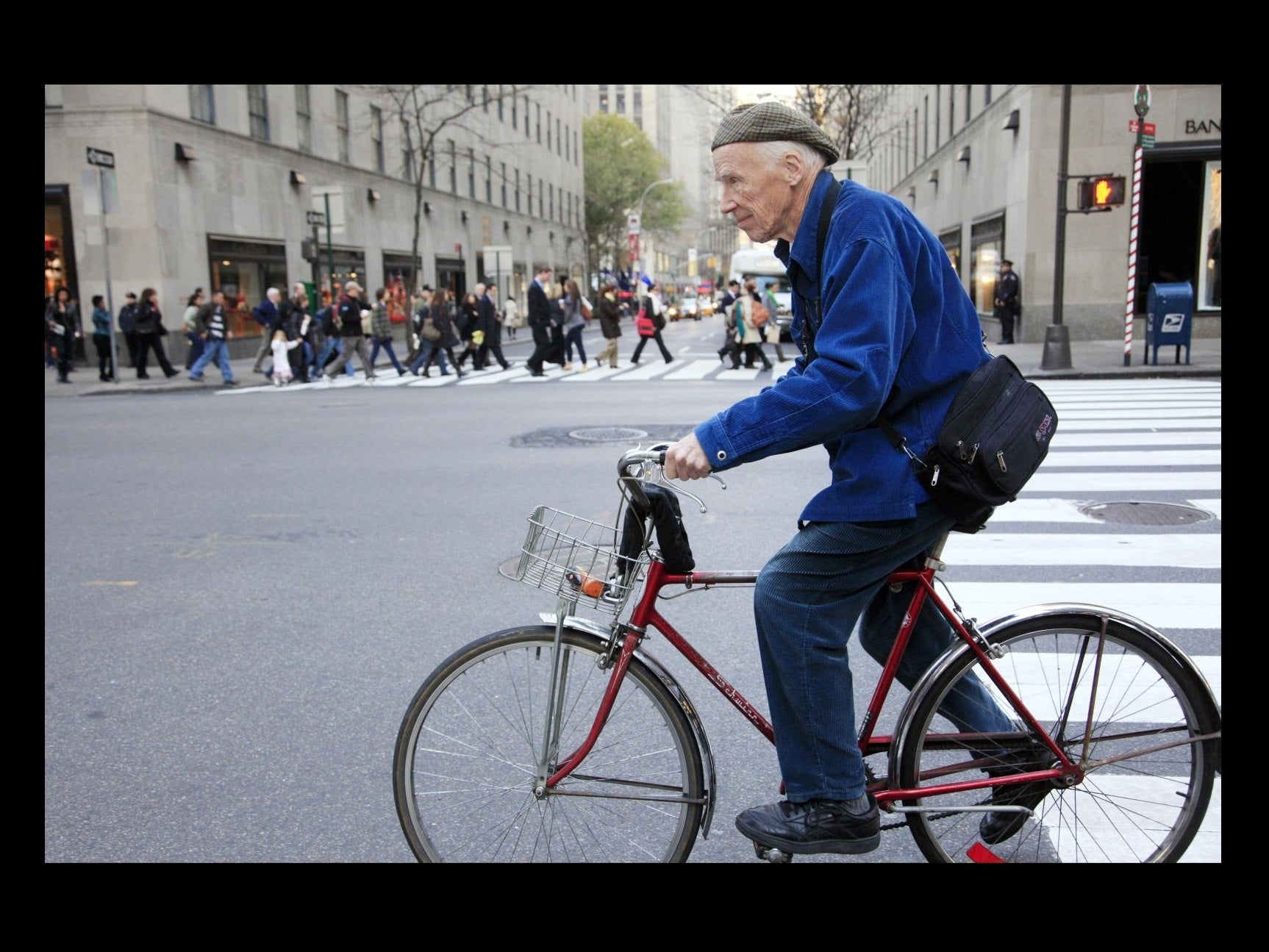 Legendary New York Times fashion photographer Bill Cunningham died Saturday according to the paper where he worked for nearly 40 years. He was 87.

Cunningham, whose watchful eye brought images of New Yorkers—from the well-heeled to unsuspecting trendsetters—to the public, had been hospitalized recently after a stroke, the Times reported.

Credited with creating the genre of street fashion photography, Cunningham held a passion for capturing a subject or trend’s look, whatever it may be.

He was, as the Times called him, an “unlikely cultural anthropologist.” Cunningham, who plied New York in his trademark blue workman’s jacket with a camera slung around his neck and traveled on his bicycle, had an uncanny talent in unearthing major, even avant-garde trends on the street, on the catwalk or at glittering parties.

In a 2010 documentary about Cunningham, Anna Wintour—the powerful editor of American Vogue and one of the photographer’s muses—marveled at his ability to “see something, on the street or on the runway, that completely missed all of us. And in six months’ time, that will be a trend!”

Frank Rich, a former New York Times columnist and executive producer of the HBO series “Veep,” tweeted: “Bill Cunningham was as delightful and fascinating a person and colleague as he was as artist. An independent mind, big heart, no airs.” —AFP