Another chance for Greyson 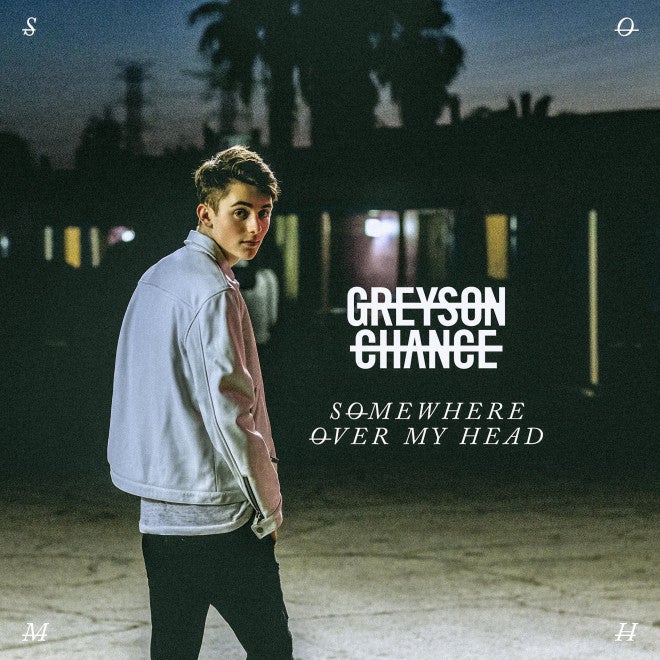 Remember that kid who impressed the world—including Ellen DeGeneres—with a piano cover of Lady Gaga’s “Paparazzi” years ago? How that boy has grown up.

After being discovered on YouTube and an appearance on “The Ellen DeGeneres Show,” Greyson Chance has lived out his destiny as a musician and recording artist. His debut single “Waiting Outside the Lines” was released in 2010 and “Hold On ’Til the Night,” his first studio album, was released the year after. “Truth Be Told, Part 1,” his first EP, came out toward the end of 2012.

We’ve seen him in more videos other than that talent show footage of his “Paparazzi” cover. Music videos of “Waiting Outside the Lines,” “Hold On ’Til the Night,” “Sunshine and City Lights” and “Unfriend You”—which stars a much younger Ariana Grande—have since surfaced online. These were sung in the voice of a then middle-school-aged Greyson. The songs were reflections from an adolescent’s point of view.

Now 18, Greyson is still very young, but it’s difficult to ignore just how much he has transformed. For one, he is already over six feet tall. His body movements are self-assured, leaving no trace of that awkward adolescence. He speaks in a baritone voice and his singing voice sounds different, too.

The music video of “Back on the Wall” shows Greyson holding— and drinking from—a glass of whiskey in one frame and driving a car in another. There’s an air of confidence about the way he moves.

Greyson has definitely grown up, in more ways than one.

The young singer-songwriter held a series of shows at the Megaworld Lifestyle Malls last week to promote his EP, “Somewhere Over My Head.” A press conference was held the afternoon prior to his first show, and Inquirer Super was given the chance to have a one-on-one interview. Here are some interesting points from that chat.

On his evolution as an artist:

“I think the music, for me, has grown. I think the things I wanted to write about when I was 12 or 13 are way different from what I want to write now that I’m 18. Now I think I’m living life, and being 18, I just moved out, maybe a bit more rebellious, a bit more wild than I was back in the day, and that’s okay because I’m young and I can do that.

“And yeah, I could be taking inspiration from that, but I think my music and style will continue to evolve as I get older and as I’m inspired by different things…”

On how his sound has changed:

“I think it’s still pop music, but I think now it’s a bit more mature pop music. I think what I was doing in the past obviously was… when you’re 13 or 14, there’s only a certain way you can go, and there are limits on that. I think now those limits are kinda gone in terms of where I can go, and the sound that I can make.”

On his creative process:

“There’s not really a scheduled thing. Sometimes I’ll just go over to the piano, just wanting to play and do something there, so I’ll walk over and mess around a bit and something might stick out, and I’ll say, ‘That’s something interesting, let me record that.’

“Or sometimes I’ll be on a flight and a lyric might come to mind, and I might say, ‘Let me find a home for that.’ And so all these sorts of things play out. But I’m very patient with the process, meaning, I don’t rush it along.

“Or if I have an idea that I really like, I’ll put it down on my phone and voice memo. And I might forget about it for a month or two, and I might come back and go, ‘Hey, that’s interesting, let me go back to the piano now and mess around with it.’ For me there’s no formula for music right now, which I like. I don’t think music should be like that.”

On how personal his new songs are:

“I think each one is very personal. Each one has a story and retains a message.”

Favorite song from his new EP:

“Probably the last song on the EP; it’s more piano-based, ‘More Than Me.’ I love the lyrics and I love how everything sort of worked out with that song, so I’ll definitely say that’s a personal favorite.”

Artists that are always on his playlist:

On writing songs for movies:

and take some more piano lessons.”

“My mom always told me to do only what you’re good at. I’ve tried it before, and it wasn’t so good, so I’ll stick to music.”

Something he’s really proud of:

On his future plans:

“To keep going and to keep on releasing music. And to play as many shows as I can. And continue to inspire people. That’s what music’s about and if I can help in any way, I’m glad to do it.”

On his success as an artist:

“I owe it to the people who have gone out and bought the CD and the tickets. The way I was discovered, I can also say that Ellen was a big part of my career because if she hadn’t found the video I wouldn’t be on the show, I wouldn’t have gotten my record deal and I wouldn’t have been a musician. For the most part, where I am now, it’s definitely the fans I owe it to.”

“Somewhere Over My Head” is available locally through MCA Music.