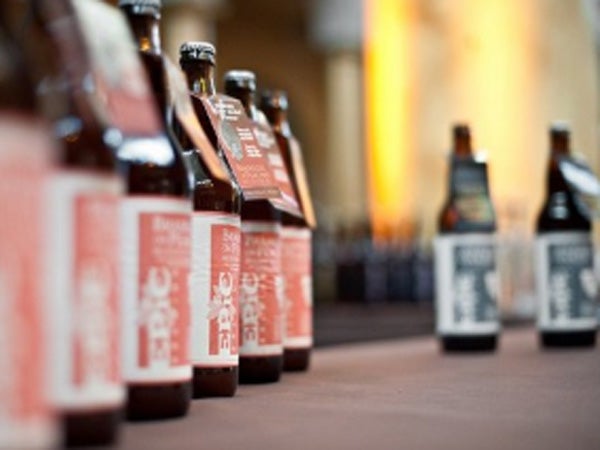 Bottles of Brianless on Peaches, a Belgian style ale, are displayed at Savor, a craft beer show, at the Building Museum in Washington on June 8, 2012. A growing number of Americans have developed a passion for full-flavored beers from small-volume, fiercely independent local breweries that are redefining how the United States takes its favorite tipple. AFP PHOTO/Nicholas KAMM

Talk about a complete “waste.”

Authorities in Atlanta, Georgia have recovered some 80,000 bottles of stolen beer valued at $90,000 (P4,226,175) that were taken from a local brewery last week.  The company, however, has decided to destroy them over quality concerns.

SweetWater Brewing Company spokeswoman Tucker Berta Sarkisian said the Georgia Bureau of Investigation and Southeastern Transportation Security Council returned up to 30 to 40 pallets of the stolen beer on Wednesday (Thursday in Manila), minus a few cases, according to a New York Post report.

The 10 remaining pallets have since been recovered, the report said, but it was unclear where the stolen beers were found.

The trailers were later found empty, while its drivers were still being questioned by the police.

Due to possible health hazards upon consumption, the company refused to give away the approximately 80,000 bottles to locals. The product were to be taken to a recycling facility instead.  Khristian Ibarrola