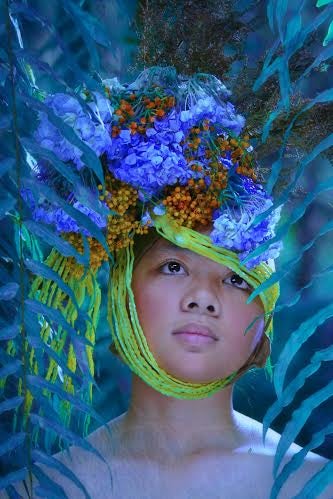 “Awit ni Pulau” will run July 15-17 at the UP Theatre Stage in UP Diliman, Quezon City.

“Awit ni Pulau” is a children’s theater piece that also acts as a cautionary tale about people’s role in environmental destruction. It is based on Maranan’s award-winning story, also of the same title, and introduces characters such as Igaddu, described as a “vain and self-centered male deity,” who creates his own world; Pulau, the river running though this paradise, and his last creations—man and woman—whose mindless actions result in ecological and natural disasters.

UP Cherubim and Seraphim commissioned the libretto and music for “Awit ni Pulau” in 1990, and the production was first performed on August 15, 1991, in celebration of the choir’s 20th anniversary.

This year’s restaging of “Awit ni Pulau” will be directed by Roselle Pineda of the UP Department of Art Studies, with the UP Dance Company’s Angel Lawenko-Baguilat as choreographer and the UP College of Music’s Eudenice Palaruan and the Philippine Madrigal Singers’ Christopher Borela as musical directors.

UP Cherubim and Seraphim is the University of the Philippines’ official children’s choir, with singers ranging from 8 to 17 years old. Founded as a laboratory for children’s choral singing in the country, it has consistently championed the development of unique Filipino musical works for children.