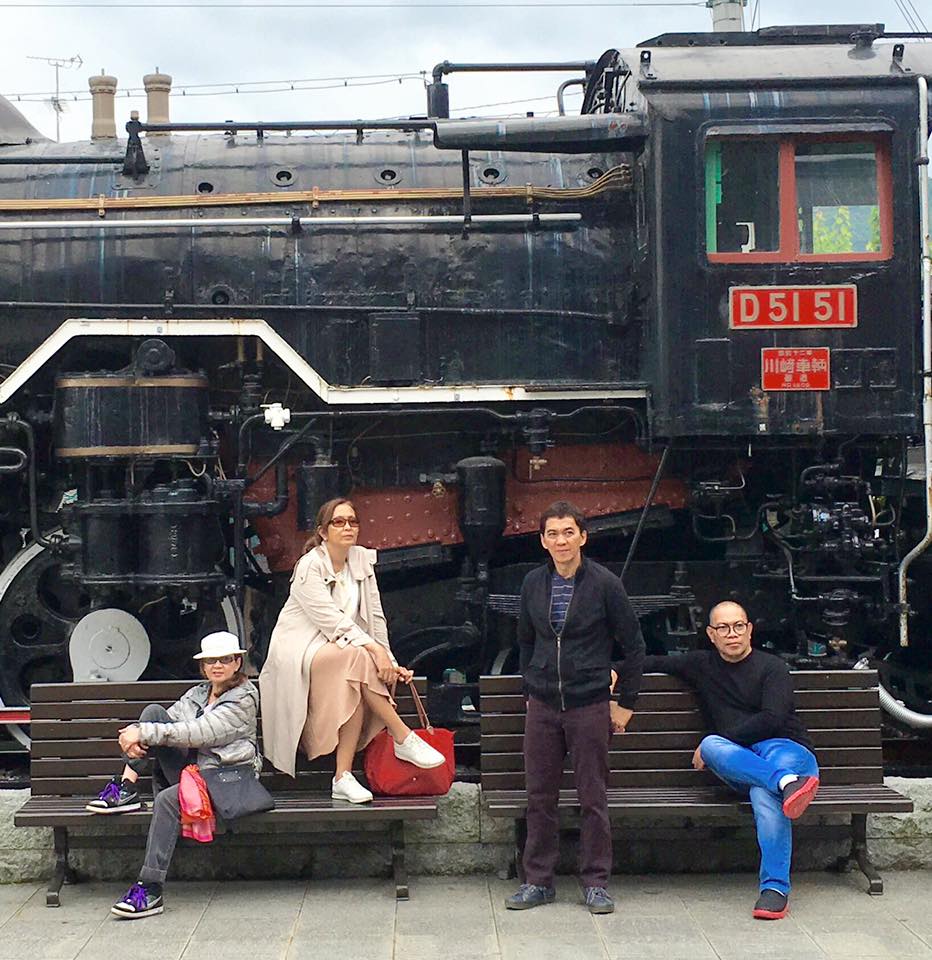 SATURDAY Group artists Migs Villanueva, Roel Obemio, Omi Reyes and Anna de Leon are behind the show “Lost in Translation,” consisting of works memorializing their recent tours of Tokyo and Kyoto for Art Fair Tokyo, where Villanueva and Obemio had exhibited.

The exhibit of course alludes to the film by Sophia Coppola, “Lost in Translation,” in which Bill Murray visits Tokyo as a stranger, but leaves with utmost respect for Japanese culture because he has been able to experience it with a new friend.

Active members of the famous Saturday Group, their backgrounds, however, are different.

Villanueva, for instance, is a writer mentored by Mauro Malang Santos. She has become a proponent of the Japanese aesthetic of wabi sabi, eschewing formalism and its obsession with perspectives and anatomy. Instead, the artist uses a naif aesthetic in recreating the figures of children in bold pastel colors.

Obemio, one of the most sought-after artists today, has had a more traditional path to visual art, having taken up Fine Arts at University of the East (UE). Work at Hanna-Barbera’s now-defunct Philippine animation studio has made him adhere to a narrative aesthetic with nostalgia and use of Botero’s volume approach figurating now dominating his art.

De Leon meanwhile finished Interior Design at University of Santo Tomas. She utilizes materials and techniques associated with interior design and architecture. Through the development of her career, she has evolved recurring aesthetic motifs: two eggs, for instance, as a symbol for coupling and love, and a binding element of a string that connects two persons.

“Omi” Reyes is the sculptor of the group, primarily known for using steampunk aesthetics in his practice. A fine arts graduate of the UE, Reyes is one of the key players in the increased popularity of steampunk in the art scene.