From book to film: ‘Alice Through the Looking Glass’ | Inquirer Lifestyle ❮ ❯ 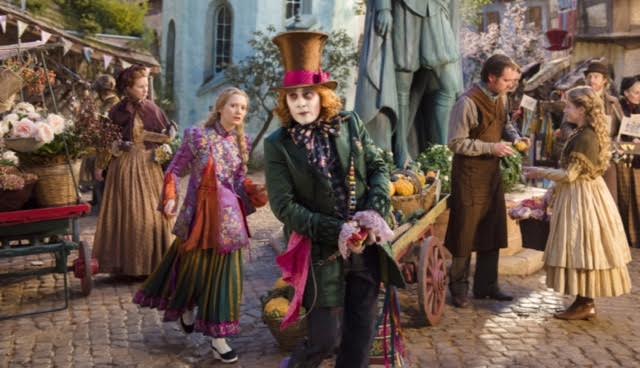 From book to film: ‘Alice Through the Looking Glass’

IN DISNEY’S “Alice Through the Looking Glass,” Alice Kingsleigh (Mia Wasikowska) returns to the whimsical world of Underland and travels back in time to save the Mad Hatter (Johnny Depp).

Directed by James Bobin, the film is written by Linda Woolverton based on characters created by Lewis Carroll. Tim Burton, who directed “Alice in Wonderland,” is producer for the new film.

Running out of time

Upon her return to London, Alice finds that the antiquated views on women’s role in society still remains and that the future she has envisioned for herself may no longer be possible.

While attending a reception at the home of Lord Ascot, she spots Absolem, who leads her to the magical looking glass, through which she is able to return to the fantastical realm of Underland.

But Underland is no longer what she hoped it to be.

The Mad Hatter (Depp) is in deep trouble. Mirana (Hathaway) dispatches Alice to seek out Time himself (Baron Cohen).

A peculiar creature that is part human, part clock, Time lives in a void of infinitude and possesses the Chronosphere, a metallic globe which will allow Alice to go back in time to save the Hatter’s family.

Meanwhile, Iracebeth (Helena Bonham Carter), who remains in exile, sets out to steal the Chronosphere for herself.

Lewis Carroll’s “Alice in Wonderland” captivated readers around the world when it was first published in 1865.

Set in a curious world full of unusual characters, the book changed the landscape of children’s literature.

The release of “Alice Through the Looking Glass and What Alice Found There” six years later further solidified Carroll’s reputation as one of the world’s most prolific authors.

Director Bobin has always been intrigued by the concept of time and changing the past.

“The passage of time is something Alice has always regarded as a bad thing, because time took her father from her at a very early age,” says Bobin. “What she learns in this story is that time isn’t her enemy but is something that can be appreciated.”

“Alice Through the Looking Glass” opens on July 6.