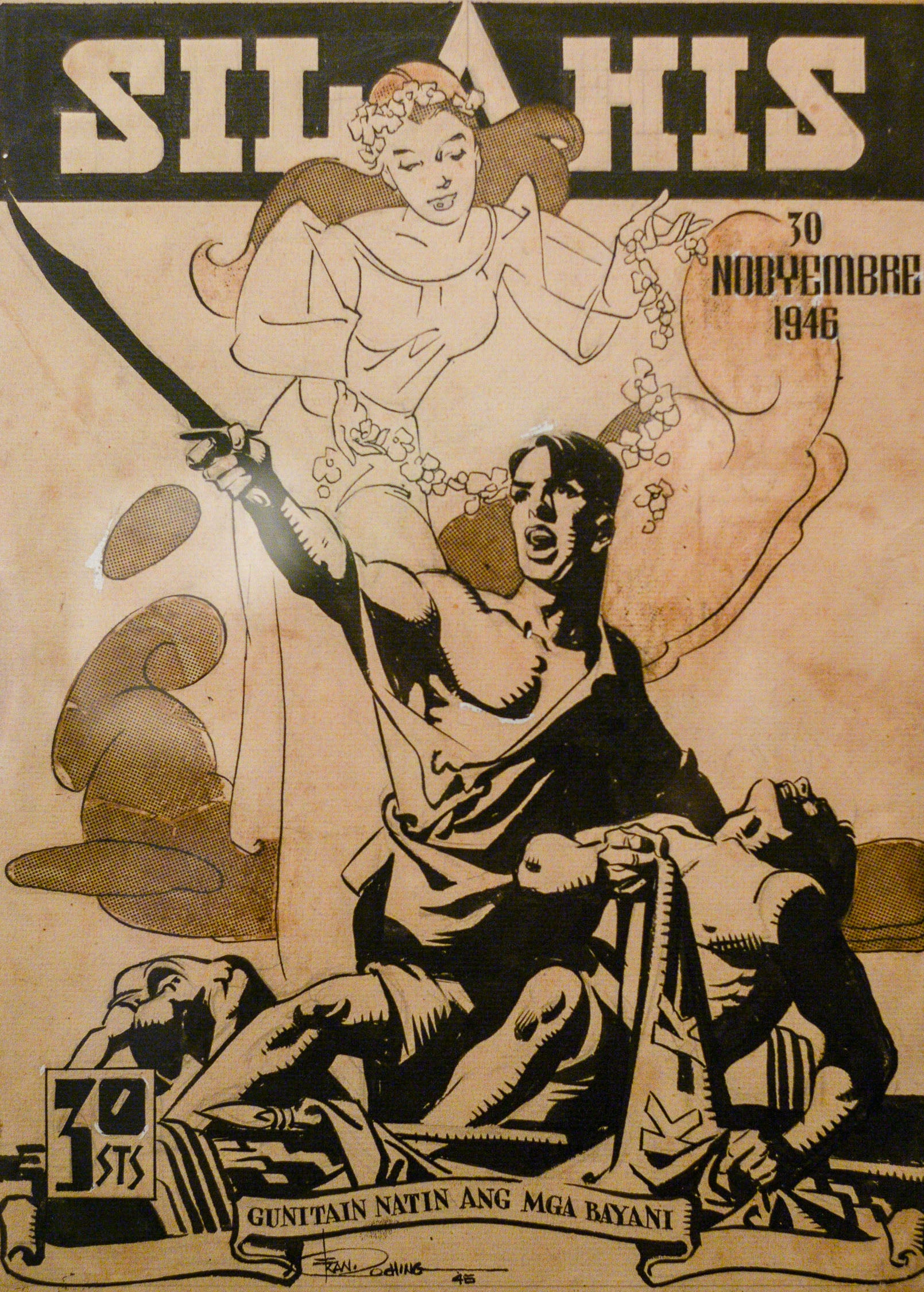 THE ROBUST yet graceful art of Francisco V. Coching. PHOTOS BY ELOISA LOPEZ

Blurring the line between ‘komiks,’ cartoon and fine art

FOR THE longest time the culturati didn’t know how to classify the five pillars of komiks— Tony Velasquez, Francisco Coching, Mars Ravelo, Larry Alcala and Carlo Caparas—until 2014 when the Order of National Artists was posthumously granted to Coching, who died in 1998, thereby rendering all arguments moot and academic.

The millennials, who may have no idea about the Dean of Philippine Comics and his worthiness to belong in the realm of the fine arts, can now appreciate specimens of his work in the exhibit “Drawing the Lines,” until July 31 at Lopez Museum & Library, G/F, Benpres Bldg., Exchange Rd. cor. Meralco Ave., Ortigas Center, Pasig City.

The huge exhibition, spread in several halls and billed as “Illustrating the Story of a Nation,” is divided into two main sections: Komiks and Cartoons.

Most of the pieces have been culled from the Chronicle from its beginnings in the postwar years through its shutdown during martial law and revival after the Edsa Revolution. All the artists featured had at one time worked as editorial cartoonists or graphic illustrators for the publication.

The focus here is on line, amid a world of monochrome—line drawings of portraiture and caricature. One room showcases the step-by-step process from pen-and-ink on paper to final printing.

The first section unfolds the robust yet graceful komiks illustrations of Coching.

Here are his vivid interpretations of Filipino archetypes, the muscled men and delicate women, his characteristic merging of history and fantasy—which quite appealed to the mass readers of komiks.

The more extensive second section contains representative cartoons of the eight artists, half of them also painters, plus cartoons by Liborio Gatbonton.

A note on the wall reads in part: “From striking depictions of personalities to provocative illustrations of factions and even institutions, editorial or political cartoons have survived as an enduring art form that meshes representation, opinion and style of the artist.

“The exhibit reads beyond the occupied space of the political cartoon in tabloids, newspapers and weeklies. It reevaluates the role and importance of this powerful medium in light of different contexts in Philippine history.

“Humor, fury, exaggeration and even the grotesque find their way into each drawing as artists position themselves as coauthors of history through illustrated media.”

Considering their caustic commentaries, these pieces properly belong to the realm of ideas, particularly those of Izon and Dalena. While the former relies more on labels and speech balloons, the latter is often purely visual.

Some of the content may be dated, reading like historical footnotes, but most certainly still apply, such as the unbearable traffic, Church versus State, the plight of cultural minorities, the Machiavellian machinations of politicians.

The form is always contemporary, particularly the often surreal cartoons of Dalena, Perez and Ruiz that, with intricate lines, anal-retentive detailing and heavy crosshatching, try to replicate the shading, chiaroscuro and texture of painting or etching. Here, finally, cartooning is elevated to the realm of the fine arts.

The highbrow may well see this as problematic, and would snootily remark: But, is this art? (Yet with the caricatures of Hogarth, Doré, Daumier, Grosz or Goya they certainly have no problem.)