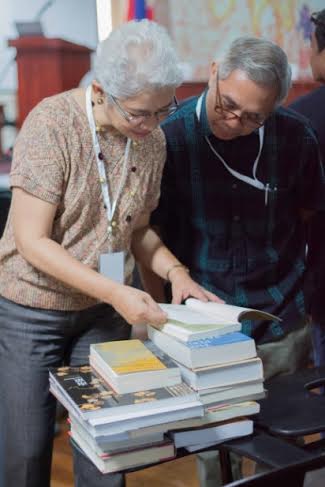 SCHOLARS from various countries recently trooped to Manila for the third Cosmopolis conference which highlighted the Philippines as the crossroads of different world cultures and explored ways cross-cultural connections influenced the national, regional and religious identities in the nations across the Indian and Pacific Oceans.

Themed “Philippine Crossings: Entangled Voices between Oceans, c. 1500-1800,” the event was organized by the Cosmopolis Program of the Leiden University in the Netherlands and the National Historical Commission of the Philippines (NHCP). It was attended by experts from at least 10 countries.

Cosmopolis was held in Yogyakarta, Indonesia, in 2014 and in Bloemfontein, South Africa, last year.

Cosmopolis chair Jos Gommans explained that besides the Philippines being located at the center of both oceans, it was chosen as the venue of the conference since it is a product of the interactions of various cultures that spanned centuries, which influenced its identity.

“The idea of our program here is that every identity is the result of interaction between people,” he said.

Speaking on behalf of the NHCP, conference secretariat cochair Alvin Alcid said Cosmopolis this year was significant since the Philippines was the center of the experts’ studies, a number of which shed light on gray areas in Philippine history, particularly Muslim Mindanao.

Also head of the NHCP Research, Publications and Heraldry Division, Alcid said the three-day event was a chance for international scholars to share their research not only about the Philippines but also Southeast Asia and Asia at large.

One of the papers presented the important role played by Filipino church musicians during the early modern period.

In “Filipino Church Musicians at Home and Abroad in the Early Modern Period,” David Irving of the Melbourne Conservatorium of Music explained the significance of Filipino transculturation in terms of Hispanic music introduced in the 16th century.

Irving, author of “Colonial Counterpoint: Music in Early Modern Manila,” one of BBC History Magazine’s “Books of the Year” in 2010, said there were a lot of Church musicians in the 17th and 18th centuries and that the vast majority of them were Filipinos.

He said Filipinos welcomed Western music in their own terms and accepted it because of religious devotion and aesthetic reasons.

“Music was very much a part of Filipino colonial society that was very much controlled by Filipinos,” he said. “We talk a lot about the so-called Hispanization of the Philippines, but I think also the Filipinization of music is a really important thing to think about.”

Experts, however, lamented the lack of studies by Filipino researchers on Spanish-colonial Philippines, particularly the early modern period (17th and 18th centuries).

In an interview with the Inquirer, Ruth de Llobet of the Pompeu Fabra University in Barcelona stressed the importance of Filipinos studying the Spanish colonial period.

That, she said “is part of the past, part of the Filipino heritage, so I think that it needs to be studied by the Filipinos to make their own interpretations of their history.”

Llobet explained such studies would enable a better understanding of the development of the Philippines and the problems facing the country today.

Church art and architecture historian and University of Santo Tomas archivist Regalado Trota José echoed what De Llobet said. He explained Filipinos are at a disadvantage because foreigners tend to research more about the Philippines.

“We need to capacitate Filipino students to do more research especially on the Spanish period reading Spanish sources,” José said. “They have to transcend their fear of the Spanish language.” He explained much of historical documents related to the Philippines were in Spanish and Latin.

José, a professor in the Master of Arts in Cultural Heritage Studies program of the UST Graduate School, added Filipino researchers need to apply new methodologies and approaches as shown in the conference, and to use other sources such as Arabic, Chinese, Dutch and German, and “not just English sources or translated works.”

As a gesture of solidarity, the speakers donated a number of books from their respective universities and countries to the University of the Philippines-Diliman, which was hit by a huge fire on April 1 and lost significant documents, researches and collections.

The donation was received by Maria Bernadette Abrera of the UP Department of History.