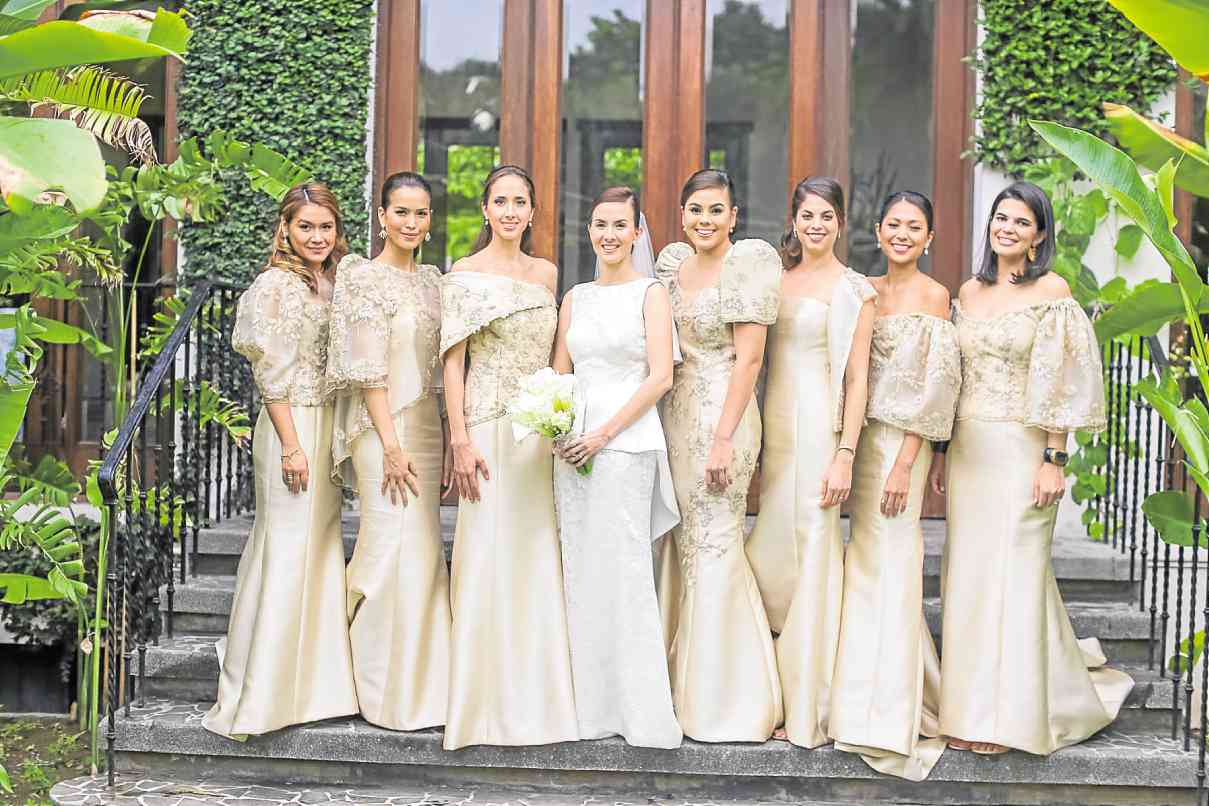 22 blissful years of love and marriage

LOVE, measured through time, exponentially multiplies if marriage is added to it. Celebrating 22 blissful years with my hubby Dennis, I can say it’s been an incredible journey filled with diving adventures and safari explorations.

After commemorating our 20th and 21st anniversaries with back-to-back epic parties, for our 22nd we decided to just hold an intimate celebration at Pablo Restaurant with family and friends. Enjoying the cool vibe of musicians Kowboy Santos and Mike Chan was just as wonderful, as we were with the people who matter most in our lives.

My parents, Alex and Marixi Prieto, held an even smaller celebration with a family dinner at Passions in Resorts World Manila for their 55th wedding anniversary.

Their anniversary, June 17, must be very lucky because this is also the date Carlos Alvarez and Sofie Borromeo chose to have their Filipiniana-themed wedding at San Antonio Church.

After ten months of planning, the newlyweds could not be any happier with how everything turned out. Sticking to the theme, Carlos wore a customized modern barong by Bergamo, and Sofie designed her own bridal gown that fashion designer Ito Curata and his team fabricated perfectly. Ito also made the modern Filipiniana gowns of the bridesmaids.

The couple would like to express their heartfelt gratitude to their amazing suppliers like organizer Amanda Tirol of Boracay Weddings, event stylist and reception florist Gideon Hermosa, and church florist Patricia Pastelero of Spruce.

After all the emotional speeches, the bride’s siblings performed an impressive dance number with music from the Sabor Latino Band that got the rest of the family joining in. Saxophonist Roxy Modesto capped the evening in tandem with DJ Mars Miranda at The Peninsula Manila’s Rigodon Ballroom.

For the past four decades, a wedding at The Peninsula Manila has meant simplicity in planning, with strict attention to detail and elegance. The Pen is the perfect setting for the most romantic day of a couple regardless of the theme. A beautiful sample of its presentations was recently staged at this year’s wedding fair.

The maiden issue of Philippine Tatler Weddings was also launched with gorgeous newlywed Rocio Olbes-Ressano on the cover. This handy guidebook is a compendium of all things bridal and wedding-related, which is released with the Philippine Tatler June issue.

Rocio donned an Ito Curata creation and Shaira Luna captured her so radiantly at The Conservatory of The Pen. Other gowns from Jun Escario, Dennis Lustico and Rosa Clara are also featured. Bridal jewelry also from Jewelmer and Tiffany & Co. were on display.

As part of the fair, an exhibition showcased the finest products and services from participating partners such as Rustan’s Weddings & Beyond, Write Impressions, Asia 2 Africa Safaris, Regent Seven Seas and Oceania Cruises.

Another June wedding milestone was the 25th wedding anniversary of Zaldy and Nova Veluz on June 15, the same day as the Mt. Pinatubo eruption 25 years ago.

Held the same time and day as the massive eruption, their wedding in Lucban, Quezon, was briefly interrupted with the dark ash fall but nothing stopped the relationship from growing stronger through the years.

As part of their celebration, Zaldy and Nova, with an entire crew of video production people, trekked to the Mt. Pinatubo crater and had their renewal of vows with the majestic backdrop. Photographer Nelwin Uy captured dramatic scenes while Melomagic and Jason Magbanua created awesome videos.

For the renewal of vows at the Shrine of Jesus The Way, The Truth and the Life in Pasay City, fashion designer Willer Racelis made me a bejeweled green gown for my bridesmaid role. Willer also made most of the entourage gowns including my daughter Athena’s flower girl gown.

For the reception at the Grand Ballroom of Solaire Resort and Casino, host Issa Litton did an awesome job of keeping the party fun-filled, with Jed Madela serenading the guests, and the Manila Philharmonic Orchestra playing during dinner. The band Route 70 with DJ Ace Ramos kept the party alive until very late.

From the incredibly stunning wedding invitations by Adworks Graphic Designs to the personalized giveaways of Michelle Sacramento of Mimssac, the wedding anniversary of Zaldy and Nova was a beautiful showcase of everlasting love and grateful hearts.

I shall end by wishing my hubby Dennis a happy birthday. Looking forward to spending endless laughter and love with you!