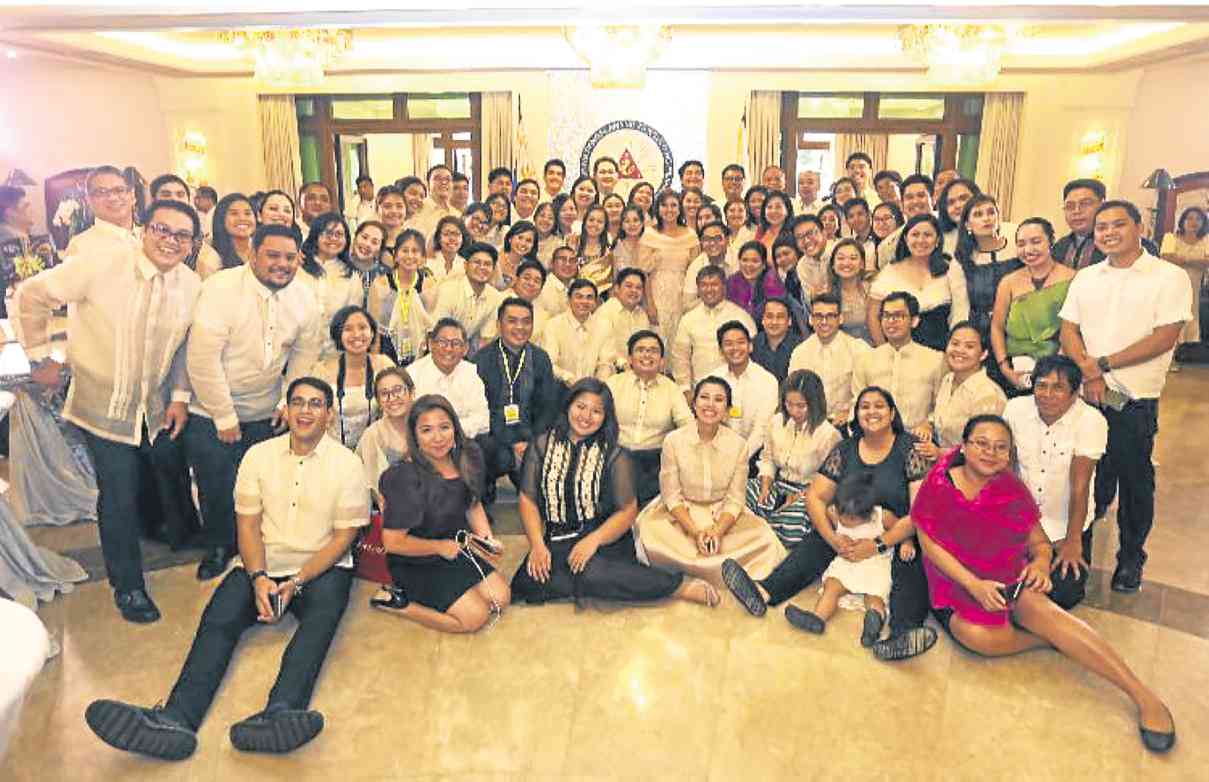 This was the mood at the inauguration of Vice President Leni Robredo at the Executive House in New Manila, Quezon City, early Thursday morning.

“There were no assigned seats, and everybody was just there to celebrate. It rained but that didn’t seem to matter,” says Niko Pedro, a PR executive and Robredo volunteer.

Robredo was sworn in by two barangay captains, with her three daughters present.

In keeping with the modest mood set by the new occupant of Malacañang, Robredo’s guests were served a similarly simple and humble merienda, consisting of sotanghon noodles, halo-halo turon (fried spring rolls with a filling of halo-halo ingredients), maja blanca, pichi-pichi and buchi with Chocnut filling, the local peanut-based sweet being Robredo’s personal favorite.

Pedro also shared exclusive photos of Robredo’s office at the Executive House, furnished simply with a work desk, and a console table on one side bearing sketched portraits of Robredo’s late husband, Jesse, and a family photo. There’s also a carved wooden tsinelas, her campaign symbol, and a large glass jar of Chocnut.

The Executive House, on 11th Street in New Manila, was previously known as the “Boracay Mansion,” which then President Joseph Estrada built for Laarni Enriquez, the mother of three of his children. Since then the property has been relinquished to the Quezon City government.

Since it’s located in a private subdivision, Robredo’s guests were shuttled in buses from the village’s gate into the venue.