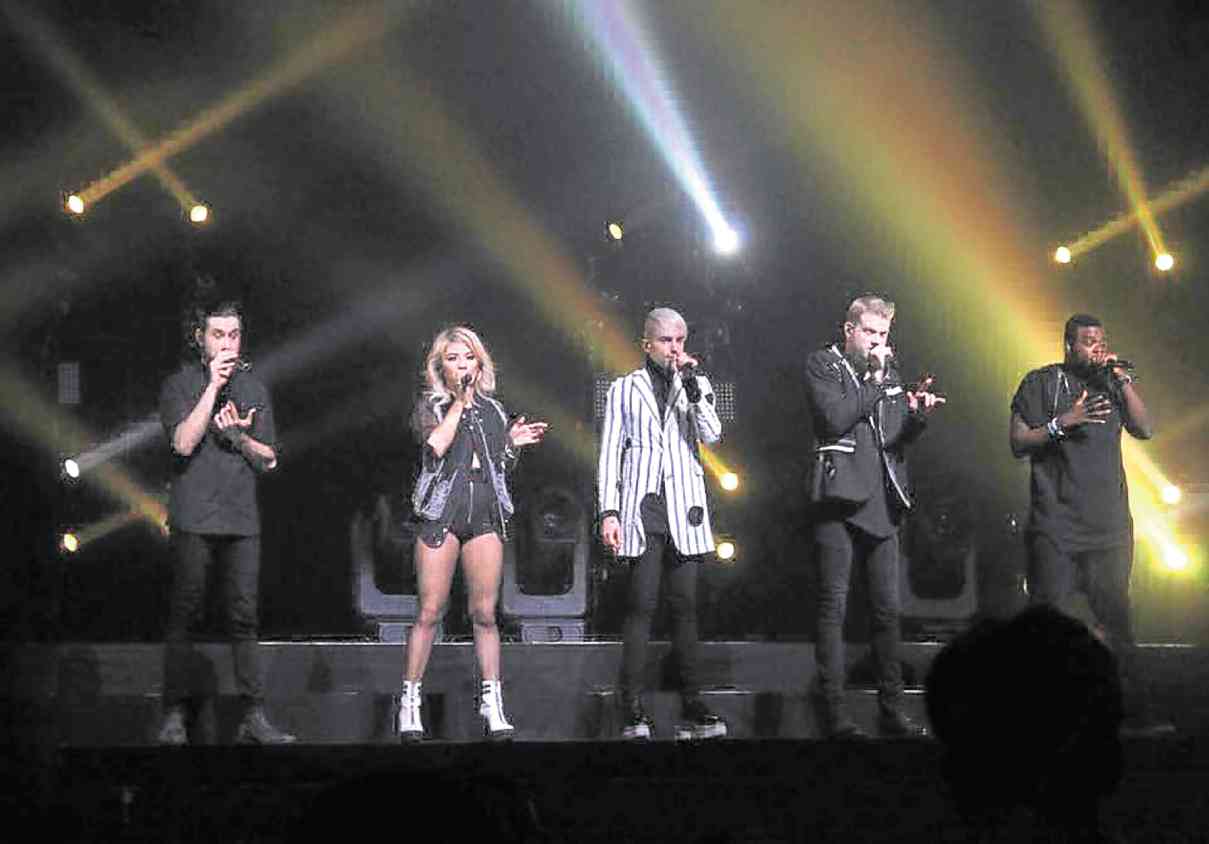 FILIPINO fans of two-time Grammy-winning American a cappella group Pentatonix welcomed the news of its concert on Sept. 24 at Smart Araneta Coliseum by snapping up tickets upon their release. Initial sales reports are encouraging at P4 million, says the concert’s promoter, Joed Serrano.

After winning $200,000 and a recording contract in a US singing competition, Pentatonix was unexpectedly dropped from its record label. But the group’s YouTube channel drew attention (currently with 10.5 million subscribers and more than 1.54 billion total views), and its albums found an independent distributor.

Pentatonix is by far the only a cappella group to have won the Grammy Award for best arrangement, instrumental or a cappella twice—first in 2015 for “Daft Punk,” and then again in 2016 for “Dance of the Sugar Plum Fairy,” at the 57th and 58th Grammy Awards, respectively.

Some 27 music artists have volunteered to perform for free in a fundraising gig, “In the Nick of Time,” on July 6 at Strumm’s Makati, whose beneficiary is Nick Puzon—an avid supporter of the local music community who has recently been stricken ill.

The gig is organized by Dudee Alfonso and Skarlet with the Heart of Music foundation.

Primos Cuisine & Lounge in Mandaluyong is a nice place to have some drinks while listening to good bands—such as Joey’s Mailbox which, incidentally, has a new female lead singer, Donna Moreno.

Moreno is gifted with a powerful voice that soars without being irritating.

The night we visited, she delivered a stunning version of Stevie Wonder’s “I Wish.”

But Joey San Andres, the band’s leader and also the club’s owner, says Moreno is so in-demand with solo shows that she would, time and again, miss her gigs with Joey’s Mailbox at Primos.

In any case, catch the band on Tuesdays, Wednesdays and Fridays.