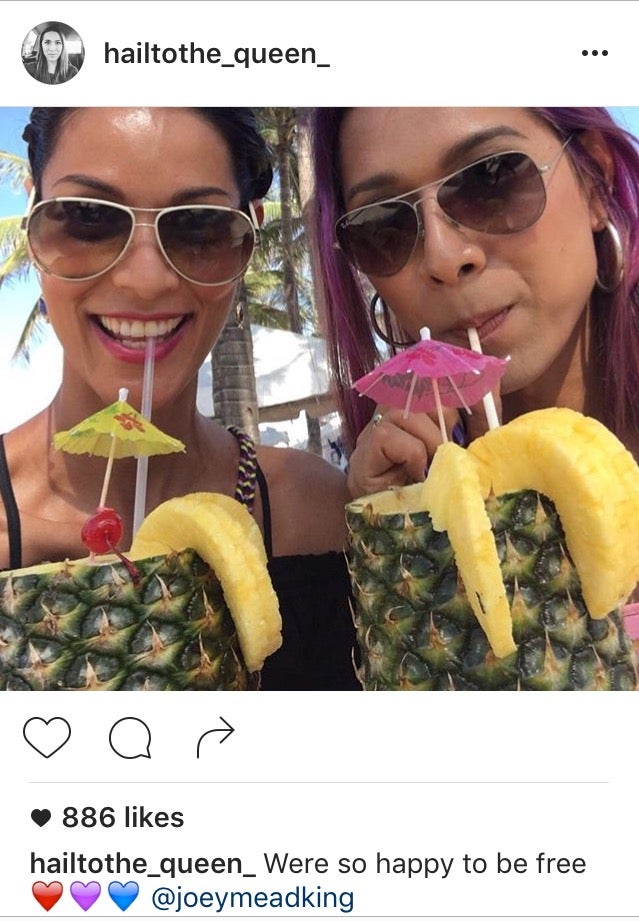 “LOVE is love,” writes model and host Joey Mead on an Instagram post of her husband calling her “My rock and my number one supporter!” in what appears to be his coming-out post as a trans woman.

Ian King, car-enthusiast businessman and heir to the Victoria Court motel chain fortune, appears to maintain two Instagram accounts—@hailtothe_queen_ and @hailtothe_king—and is identified as Angelina Mead King in the former and calls herself a “trans woman” in the bio.

A trans woman is defined as someone who was born male but identifies as a woman.

The Angelina account has been active since 2012, and contains various images of King dressed as a woman. There’s one of him with his mother, Marvy del Rosario. It appears the account served to document King’s transition.

According to a source close to the family who requested anonymity, King’s father, Archie, knew that his son was transitioning and was accepting of it. Archie King died in a helicopter crash in July 2015. He had two sons, Ian and Atticus, with his first wife.

King’s announcement was met with praise by his friends on Instagram.

In the Ian King Instagram, one post has an image of the King and Mead surrounded by friends with the caption: “True love and support is what everybody needs. I’m so blessed and happy to finally be real!”

King’s younger brother, Atticus, also posted an image in his own Instagram in support of “my former kuya who is now my ate. Meet my ‘new’ sister Angie @hailtothe_queen_,” he wrote.

King and Mead were wed in 2011, and widely admired by friends for their rock-solid marriage.