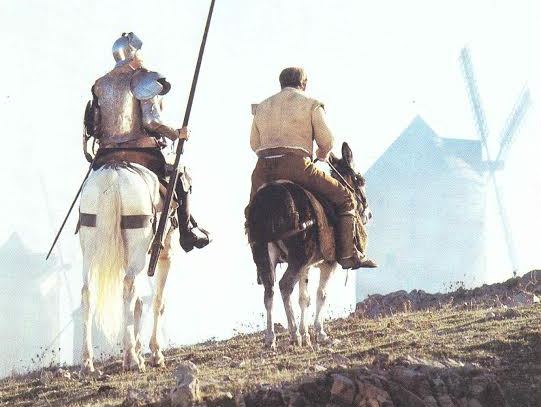 ‘Don Quixote’ to be shown in Intramuros July 8

Accompanied by his neighbor Sancho Panza, a farmer who becomes his squire, Don Quixote decides to go on imaginary adventures.

On their journeys, they rescue dames in distress and fight giants among other perils, with Don longing to be with the love of his life, lady Dulcinea, and Sancho waiting to be rewarded for his loyalty with an island.

To be shown the next day, July 9, also at 6 p.m., will be “La Lengua de las Mariposas (Butterfly’s Tongue),” a 1999 movie directed by José Luis Cuerda, based on several short stories written by the Galician author Manuel Rivas.

The movie is set in Spain in 1936 and explores the extraordinary relationship between a shy young boy and his incredibly compassionate teacher, who teaches the kid to find his way in a world that is increasingly frightening.

The film showing is part of “Great Books on the Screen,” a series of film adaptations of classic Spanish novels organized by the Instituto Cervantes de Manila, Embassy of Spain and WTA Architecture Studio.

The mini-film fest opened last week with 1982 movie directed by Mario Camus, “La Colmena,” based in the novel of the same title by Nobel Prize winner Camilo José Cela of Spain; and Oscar foreign-film nominee “El Abuelo,” a period drama directed by José Luis Garci that’s based on a play written by Benito Pérez Galdós.

All films will be shown in their original Spanish version but with English subtitles. For further information, visit www.manila.cervantes.es or www.facebook.com/InstitutoCervantesManila.