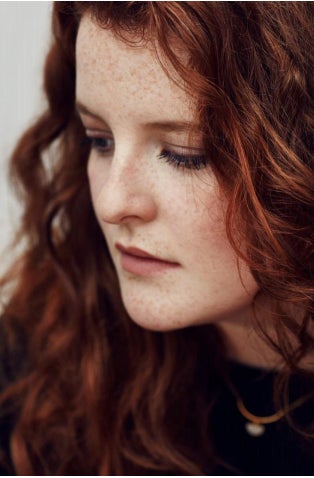 (READ: You need to listen to Frances)

Hours before Frances’ Singapore showcase, Inquirer Super sat with her at The Conrad Centennial for a chat.

How does it feel to be in Singapore to play your music?

Great. It’s super cool. It’s crazy. I kinda keep forgetting how far away it is.

How did you discover your passion for music? I know you started with the violin.

I was 8 when I started. My first-ever best friend at school, both her parents were violinists and her dad taught me the violin. It was kind of really natural. I did it for years, until I was 18. I still play it now.

How did you make the transition to piano?

I was about 10 or 11 when I started playing the piano. Quite soon after.

Were your parents into music?

I don’t know. My parents are not musical at all, but they love it. There was always music in the house. I was born to reggae, apparently. Which is weird. Literally, out of the womb, to reggae. Which is mad. There’s always been music everywhere.

How long did you convince yourself that you should be singing your songs?

Two years ago I wrote some songs that felt natural for me to sing. Or I was probably singing them in a slightly different way. It felt more natural.

Is it true you started writing songs at age 13? Do you remember the first song you wrote?

Twelve or 13, something like that. Yeah, it was called “Unbreakable.” It was very emotional.

Would you still sing it now?

The chorus, it was really good. (Laughs.) But in the end, it had this weird bit (sings), “I’m unbreakable.” It was really emotional.

How has your songwriting process changed over the years?

Quite a lot. And I think it will continue to change. You can’t create in the same way all the time, you’ll end up with the same thing. I used to start with the piano all the time. And I still do that a bit, but I think that as I’ve gotten more used to singing, more used to my voice, I’ve kind of started with that a bit more recently or with a lyric or something, which is pretty cool.

Do you have little songwriting rituals—like it has to be this time of day, or do you write any time?

I write any time. Or someone would say something and I’ll be like, that’s good, I’ll steal it and write it down. (Laughs.)

Do you still get nervous before performances? What do you do?

Yes. Very. Well, there’s little you can do. Everyone always says, “Oh, you’re so calm.” Because I think that’s my technique, “Oh, this is whatever, I can do this in my sleep.” But inside, I’m, “Oh oh oh, my god.” That kind of helps. As soon as I get on and I see the audience, it’s fine.

New artists are often compared to other artists to explain their sound; how do you feel about that?

Do you keep track of your followers on Spotify? What’s it like to have over a million monthly listeners there?

Weird. Where are they? This is amazing. But that’s the cool thing about Spotify, I can just go and see where people are. A lot of people in Singapore, actually.

What do you listen to?

I replay a lot of old stuff. I’m quite tough, it takes me a while to get into new stuff. I think when you do new music every day, sometimes you just want to go and listen to stuff you know. Which is bad. I should listen to new things, which I do. But I love Alessia Cara, she’s amazing. There’s this Norwegian artist called Maria Mena who I’m kind of obsessed with.

You wrote “Borrowed Time” with (Disclosure’s) Howard Lawrence. Who else do you want to work with?

Howard was a big one. Disclosure, I’ve always wanted to go to the studio with them. I just thought what they do is so cool. Chris Martin from Coldplay would be the absolute dream. But I don’t know if I could write anything. I would just watch him.

What’s it like to make people cry with your music?

I sometimes feel quite guilty, especially if it happens live. But I’ve met people after a gig and they were like, “Thank you, that was amazing.” And that’s really nice. It’s kind of weird.

We love the remixes of your songs. Do you have any favorites?

I love the Billon remix of “Don’t Worry About Me.” It’s kind of garagey. I love that.

He’s amazing. It was really cool to just be able to watch his show every night for free. People queuing up with their tickets and I was just like, “Hey!” Just watching it every night was amazing.

I think headlining a festival would be the most amazing thing ever. That would be a big one.

Speaking of festivals, how was Coachella?

It’s nearly done. It’s coming out autumn time, toward end of the year.

Are you excited? Nervous?

I think when it goes up for like pre-order, I’d be really nervous. I can’t change anything, it’s gone, that’s it now, that’s done. I’ll probably, in panic, start working on the second one just in case.

Is that challenging for you, knowing when to stop? Like, this song is finally done?

It’s really hard. If the song is having the right effect on me, I leave it. There can be something about some imperfections in it that have that effect. When you make it all clean and perfect, it will stop having that effect on people. Even bits of my voice, if my voice cracks a bit, it can really add to the emotion.

I love music. It’s weird because I literally do my passion for a job now, which is weird. I wake up every day and I was used to going to school or uni, or whatever, or I worked in New Look for a bit. I worked in bars and I’m used to having to fit in. I still find it kind of weird that I can just wake up and write songs.

Do you get scared of how personal your songs get, or do you feel completely free when you write?

I don’t get scared, really. At the end of the day, they’re songs and they’re really personal, but they’re still storytelling to me. It’s quite nice to be that open but to disguise it in a song, it’s really cool.

Do you ever have people who think that the songs are about them and then they tell you?

(Laughs.) No, it hasn’t happened yet. Can you imagine? Oh my god.

And then they’re wrong? That would be funny.

What has been your most surreal musical moment?

Probably Coachella. That’s a big one.

Your piano is named Polly? Why?

(Laughs.) Because Polly the Piano, it kind of works.

Oh, I never named my violin.

Vicky the Violin. You have to tell me about your dogs. Bertie, right?

Oh we have Bertie, yes. Bertie’s a cockapoo, a Cocker Spaniel crossed with a poodle. He’s hilarious. He had a bit of an accident the other day, bless him. He got himself trapped somewhere. He was really distressed. I’ve got Reggie, who is a Golden Retriever. He’s huge, like a wolf bear, he looks like a polar bear. And Teddy, who is a Labrador. They’re great.

We’ve been stalking you on Snapchat. Do you enjoy social media and connecting with your fans?

I do. Snapchat’s really new. I wasn’t really sure what I wanted to Snapchat. Is this too much? But it’s been really good. I love Snapchat.

You’ve been enjoying the filters, I saw.

Yeah! I literally spend a wrong amount of time on my own just looking through those.

Aside from Coachella, what have been your unforgettable gigs?

Oh, probably early on, this time last year, I supported Sam Smith, which was crazy because I hadn’t done anything yet. But yeah, that was amazing. I was nervous for that for about two months.

Do you have favorites from the songs you’ve written?

It’s really hard to choose. But there’s one called “The Last Word,” it’s probably one that I’m most proud of. But it’s pretty sad.

Are there lines from your songs that you’re extra proud to have written?

Oh … that’s a good one. I quite like this one in a song called “Borrowed Time” which goes, “Maybe I’ve been seeing salt in sand.” Don’t you think it’s quite cool?

Is there a song you wish you wrote?

Oh my god, so many. Every Carole King song. So many Maria Mena songs. “The Art of Forgiveness,” do you know that song? Oh my god. And there’s one with just the strings called “My Heart Still Beats” that goes bibbity-boop-boop bibbity-boop-boop. So good.

What’s the best thing a fan has said about your music?

I’ve had loads of people saying that they’re going to have my song “Don’t Worry About Me” as their first dance, which I think is super cool. I’m going to see if I can go and play it at some of their weddings. How cool would that be?

Will we ever see you in the Philippines?

Hopefully. I’d love to go, yeah. That would be amazing.