You need to listen to Frances | Lifestyle.INQ ❮ ❯ 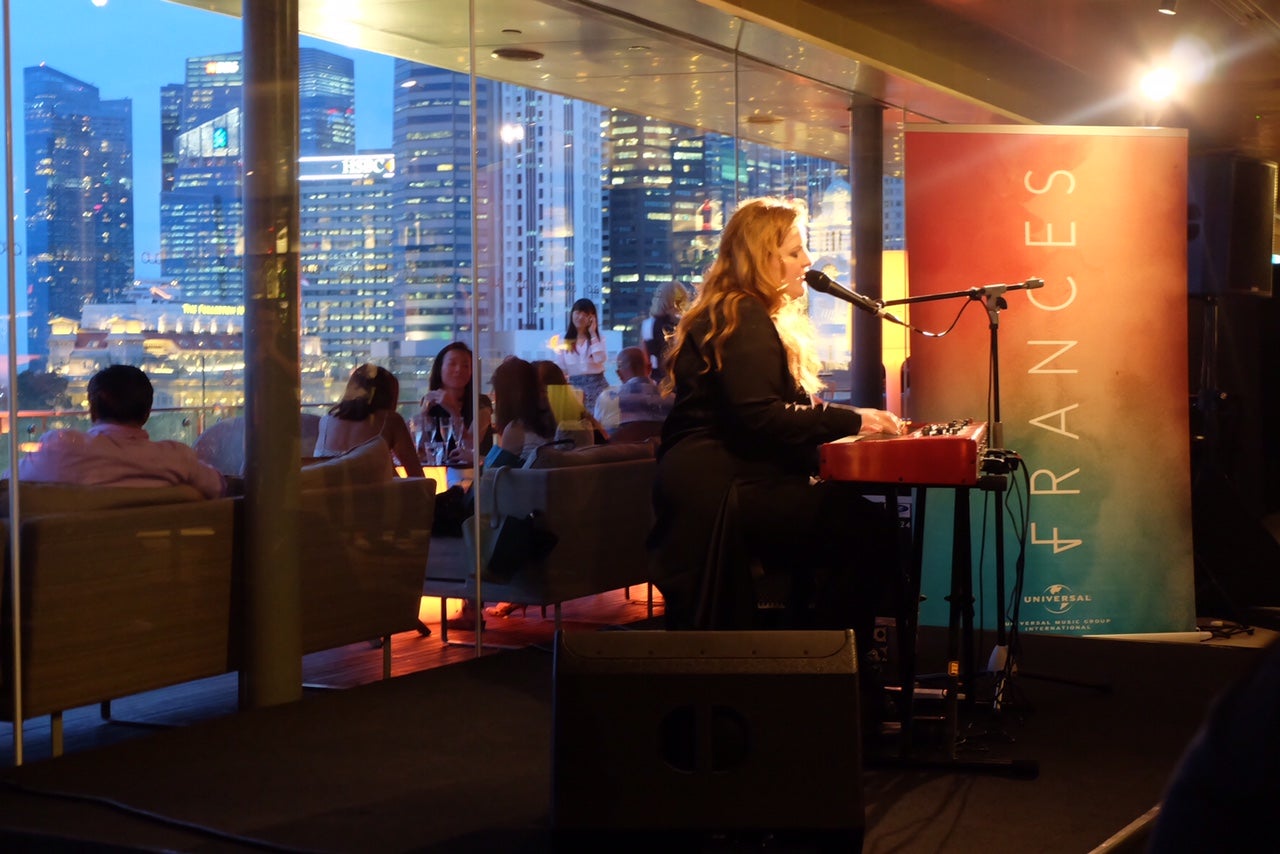 You need to listen to Frances 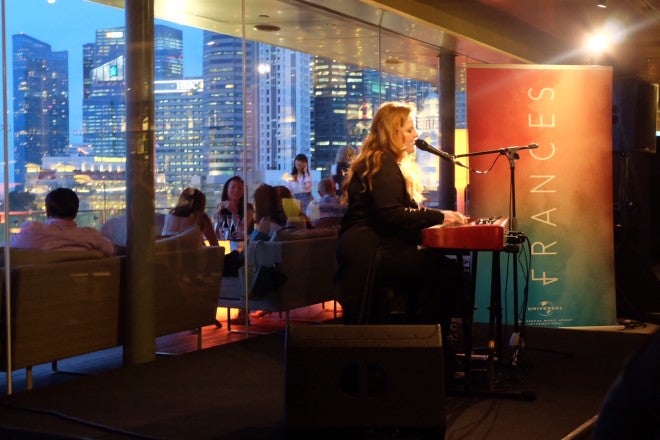 It’s hard to believe there was a time Sophia Frances Cooke didn’t think she should be singing her own songs.

The 23-year-old British singer and songwriter, who fell in love with music as a young girl and started composing songs at age 13, tells Inquirer Super: “Still now, I’m … ooh. When you watch pop stars they look so … I don’t know, they look so amazing and I’m just like, this is what I do.”

It’s a Tuesday night in June, and Frances is onstage at the National Gallery’s AURA Sky Lounge, with the incredible view of the Singapore skyline as her backdrop. Scarlet curls frame her face as her fingers dance over the keyboard. When she opens her mouth to sing, it is clear she is where she belongs: in the spotlight.

Plenty of people have taken notice. “She’ll be a megastar,” Glamour declared.

Frances, a Brits Critics’ Choice and BBC Sound of 2016 nominee, has toured with Sam Smith and James Bay, and has performed at the world’s biggest festivals including Coachella, Glastonbury and, later this month, Lollapalooza.

She has spent the past weeks and months flying from continent to continent, country to country, to do what new artists try to do—blow people away with just a few songs. And that’s exactly what she does.

She starts off strong with “Borrowed Time,” a catchy song she wrote with Disclosure’s Howard Lawrence, singing soulfully: “If you ever were to leave me / would you come back lonely someday?”

It’s her first time in Asia, Frances says, telling everyone that she’s running on two hours of sleep. “It’s made me say hilarious things,” she points out.

When she’s not knocking your wall down with her voice, she’s charming you with her personality: She’s funny and bubbly and goofy and adorable.

She continues with “Grow,” her debut single that won over critics and listeners. We get goosebumps as we listen to her sing about love and letting go.

She gives us a preview of the recently released “Say It Again” which she wrote in Los Angeles with Greg Kurstin, who also wrote “Hello” with Adele.

Frances ends her short set with our favorite “Don’t Worry About Me.” Her voice shines in that song. Frances is at her best when she allows herself to be vulnerable—both in her writing and her singing.

The comparisons will be inevitable, the connections plenty. People will say, “She sounds a little like Birdy”; “She’s the male Sam Smith”; “She’s the next Adele…”

But the truth is, she doesn’t need them. Her voice will touch you, her lyrics will haunt you, her music will stay with you. And because of that, we think (we hope) that she will take over the world.