All of QC’s a stage in Sipat Lawin Ensemble’s ‘Karnabal’ | Lifestyle.INQ ❮ ❯ 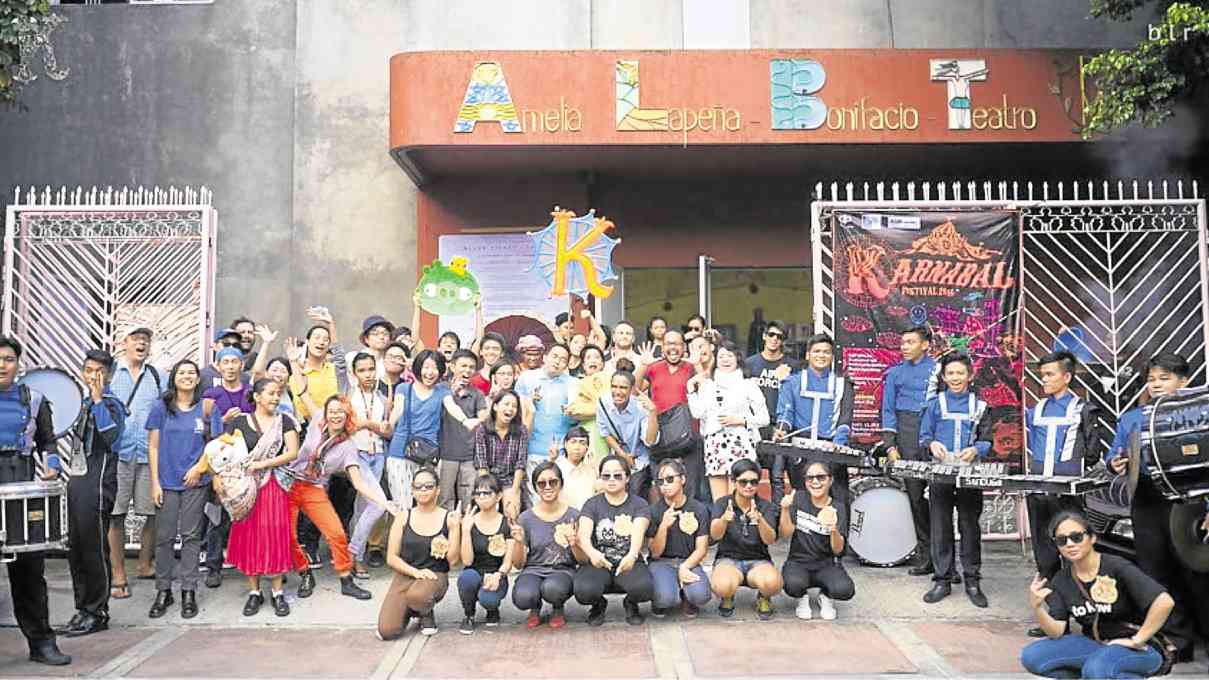 THEATER meant not only to be watched: “Karnabal” was a curated festival of independent contemporary theater pieces, performance art and interactive activities that ran June 2-9 in various venues all over Quezon City. It brought together not only performers and performance groups, but theater practitioners of lights and sound, visual artists, writers and more.

Sipat Lawin Ensemble (SLE) takes the adage “All the world’s a stage” to heart. The theater group, founded by several alumni from Philippine High School for the Arts, has gone beyond the fourth wall with site-specific performances and theatrical device work.

Since the group’s inception in 2009, it has performed in a crowded café, parking lots—and Cultural Center of the Philippines’ bathroom, to name a few. Its much-talked about 2012 production of “Battalia Royale,” an adaptation of the Japanese “Battle Royale” franchise, won the group a following for its use of a “live-action game performance” where the audience decided on the student characters’ fate.

That was when fans realized: This was theater that wasn’t only to be watched—a statement once again made loud and clear when SLE made Quezon City come alive with “Karnabal,” a curated festival of independent contemporary theater and performance art pieces that ran June 2-9.

“Karnabal” brought together not only performers and performance groups, but theater practitioners of lights and sound, visual artists, writers and more. Each day was a different showcase divided into categories.

The Main Platform highlighted performance and theater innovations; Karnabal X was for new works from local artists and invited artists from Japan and Australia; Peryaktoi was a guided performance and mentorship program, while Gatherings showcased mostly solo alternative performances, alongside an Idea Exchange event that discussed trends and emerging art and performance practices.

The shows and events were spread out across different parts of Quezon City, from Diliman and Teacher’s Village to Cubao and Tomas Morato. With some 200 artists involved, “Karnabal” was a theatrical event on an epic scale.

Dating, love and romance were also explored through performances such as Isabelle Martinez’s practical self-help advice on kissing and adulting in “The Isabelle Trilogy”; Theater in Alternative Platforms’ “Love and Other Apps,” about online dating and heartbreak; “Warning: Adult Content,” a guide on digital lovemaking, by Bernadette Uy and Sarah Salazar; and “How Can I Miss You?” By Ea Torrado and Nikki Kennedy. JK Anicoche provided a happy ending with the one-man performance “Vincent 09177702462.”

SLE has always stood for doing more in both material and staging. “PHOTOBOMBer,” for instance, invited farmers from Barangay San Roque to share their stories, while the classical theater canon was challenged by Christopher Aronson, Guelan Luarca and Ness-Roque Lumbres in “Mousetrap: Anti-Hamlet,” which deconstructed traditional Shakespeare readings and performances. “Hear! Here!” looked at how sign language, spoken word and videoke could merge hearing and nonhearing languages, and “Majika” by The Story Circle told the history of the art of magic.

In line with the live-action game performance realized in “Battalia Royale,” Coney and Tassos Stevens ran a secret mission where audience members collected stories from different “Karnabal” performers while Chikara Fujiwara invited people to show themselves around through an Engeki Quest in Marikina.

Intimate alternative performances featured the likes of Vera Maningning, who sang, acted and danced her way out of her day job as a BPO worker; and Russ Ligtas, who took on the persona of an oracle and answered questions from audience members through movement and music.

Production manager Niña Bedruz also demonstrated lights design in a simulation of a sunset; award-winning sound designer Teresa Barrozo showcased a musical experience in “We Are What Movies Told Us Should Be,” and Adrienne Vergara introduced the “first independent mascot in the universe,” YenYen de Sarapen, via a concert performance. 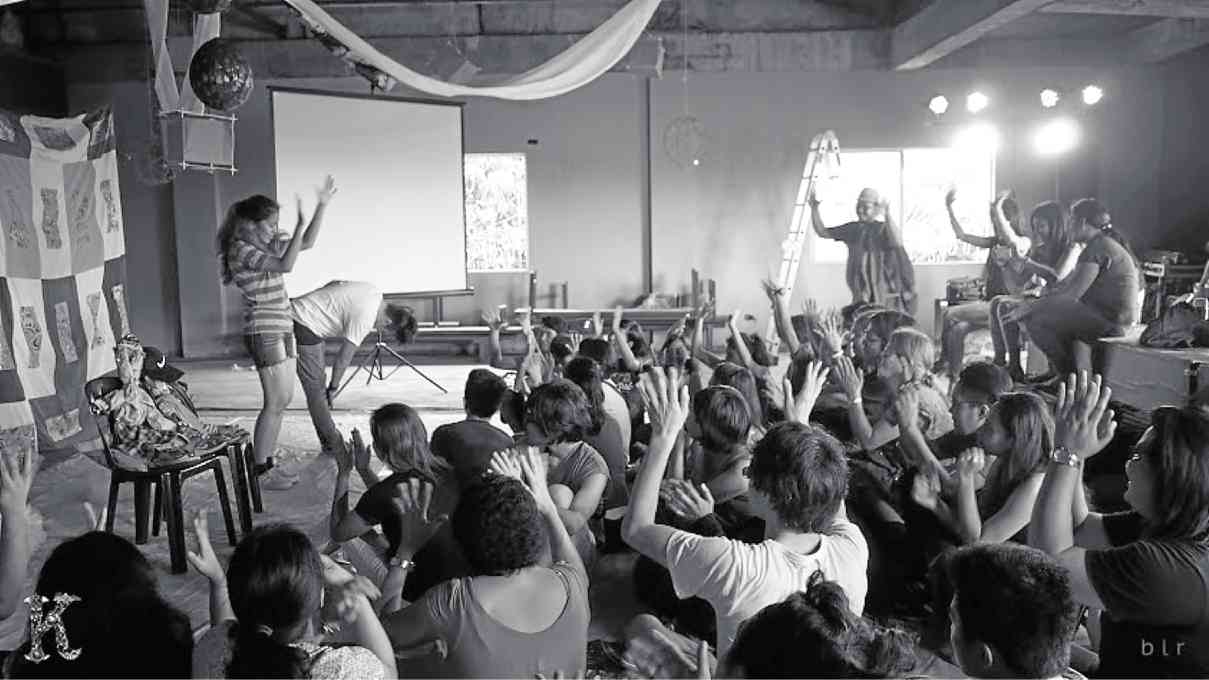 Some performers went about exploring the nature of the self and social encounters in shows such as  Alison Segarra’s “Tren,” set in Light Rail Transit 2; Issa Manalo’s multimedia “I”; real-life mother and daughter Thea and Mahimbing Yrastorza’s presentation “Gaihaku!” which explored family bonds; and Claudia Enriquez’s self-titled show which she described as being about “a musically-frustrated b*tch.”

There were also workshops such as well-known improv group SPIT’s “Dogprov”—where the audience brought their pet along for a lesson in improvisation, followed by a forum where participants got mentoring on how to develop their own material for future staging.

The clincher: Audiences could have this overflowing festival of performances and activities for a blank ticket—meaning, if you liked what you saw, you paid what you thought it was worth.

SLE’s world of interactive theater and art is not for the passive viewer. But one steps out of it with something that feels like a new lease on life.

To get updates on Sipat Lawin Ensemble’s future performances, visit its Facebook page.