Were Juan Luna and the Queen Regent of Spain an item? | Inquirer Lifestyle ❮ ❯ 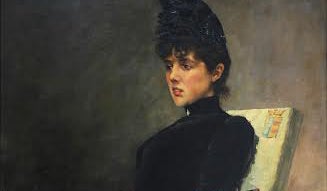 Were Juan Luna and the Queen Regent of Spain an item?

NONE of the 19th-century paintings in the important exhibit “Filipinos in the Gilded Age,” now running at León Gallery in Makati, comes from those shown in the controversial 1887 Philippine Exposition in Madrid.

The Creole Miguel Zaragoza and the Filipinos Felix Martinez and Rafael Enriquez exhibited their works—and these, with those of Luna and Hidalgo, became part of the foundation collection of the Museo-Biblioteca de Ultramar in 1888. When the Museo closed in 1908, they were passed on to the Museo de Arte Moderno and, ultimately, the Museo del Prado, where the works are now archived and preserved.

But the works in “Gilded Age” show samplings of Zaragoza, Martinez and Enriquez, who were exempted by general Spanish critical attitude that basically looked at the Filipino paintings and sculptures exhibited in the 1887 event as “mediocre.”

Of course, the high critical European regard for Luna and Hidalgo was undisputed, especially since the 1887 exposition came after Luna and Hidalgo had won first-class gold and silver medals in the National Fine Arts Exposition in 1884.

Luna himself became some sort of a royal court painter, and what’s interesting about “Gilded Age” is that one could see the contrast how the Reina Regente is portrayed in the very interesting painting by the unidentified artist covering the 1887 Expo and Luna’s own portrait of Maria Cristina.

In the former, the remote figure is nearly faceless or at most blurred (but we should not read much into that here, since as cocurator Ramon Villegas says, the painting may just be a study for a larger work); she’s only distinguishable because she sits on the royal platform and is in her traditional garb of black.

But in Luna’s portrait, which is not explicitly titled, (“Retrato de Una Hidalga”), Maria Cristina’s melancholy, dreamy look is quite evident, and she seems to sit for the portraitist in a taut, tormented manner as if bottled up in her is a lava of desire threatening to erupt.

Is the Reina Regente in love at that time? Is she in fact in love with El Indio, the 19th-century reincarnation of that previous celebrated expatriate master three centuries before, El Greco of Toledo?

León Gallery owner Jaime Ponce de León et al. think romance was brewing between La Reina Regente and El Indio, and all of this would be delicious gossip in the world of art and high society then as now.

The Madrid expo obviously drew its inspiration from the Amsterdam Colonial Exposition of 1883 in which “wild people” were exhibited, but its programming and sections were generally more open.

None of the brutality associated with Amsterdam and previous international expos was recorded in Madrid, although a woman died of pneumonia and several other non-Christian Filipinos became sick as a result of the climate that was obviously harsh and radically disparate from the one obtaining in the tropics.

Antonio Luna and José Rizal in their letters and articles condemned the expo for exhibiting non-Christian Filipinos as “savages.”

Yet Luna’s own brother and other top Filipino artists participated in the fine arts section, and their works were generally underscored as proofs of the march of civilization in the islands, but of course, governed by the overarching colonial narrative authored by Spain.

In a little over a decade, Spain was to lose the Philippines and its other colonies in the Spanish-American War. The United States would later copy the European expositions and trumpet the Philippines as its colonial possession in the even more infamous 1904 St. Louis World Fair.

The 1887 Madrid Expo, therefore, was Spain’s last ¡hurra! as an imperial power.

But the rich Latin heritage had by then already been bequeathed to the Philippines, and this was very evident in the works of Luna, Hidalgo and other Filipino masters. “Gilded Age” and its showcase of “repatriated” works from “various collections” in Spain and France display this resplendently.

How Filipino artists mastered the rules of Western painting is evident in Luna’s copies of Diego Velazquez’s “Aesop” and “Menippus.” The copies are obviously academic works made during his formative years of training, most probably in the Roman academy where he was sent to study on a scholarship from the Manila ayuntamiento.

The 17th-century Spanish master himself had traveled to Italy to learn from the Italian masters and, much later, to acquire works for the royal collection (they’re now magnificently hung at the Prado).

He apparently acquired his complex naturalism from his exposure to Italian works, and “Aesop” and “Menippus” were far ahead of their time for recasting ancient classic personalities into realistic figuration.

In making the copies, Luna might have taken to such works by Velazquez for their uncanny realism. But naturalism as a 19th-century movement is manifested in his other works in “Gilded Age,” particularly his depictions of Roman gypsies.

But it is in the portraits that one could gauge that the Filipinos had arrived at the close of the 19th century.

Aside from the portrait of the Queen Regent, notable portraits in “Gilded Age” are Fabian de la Rosa’s “Portrait of Excmo. Sr. D. Julian Gonzalez Parrado” (he was governor of Mindanao in 1895 and led the successful offensive against the Maranaw in Lanao); Martinez’s “Portrait of Don Telesforo Antonio Chuidian y Chuaquico (1855-1903)” (he contributed to the revolution and became the first president of Club Filipino); and Luna’s unidentified portrait of the “Lady in Black.”

But perhaps the most modern of the portraits is not your characteristic genre work: Hidalgo’s portrait of his friend in his studio, his back turned to the viewer, his face in semiprofile, holding a letter whose contents he is apparently reading before a woman who seems to be listening intently.

It is not the intriguing narrative that may arise out of the painting, but the play of light and shadow that is evoked that clearly owes to the advances in photography at that time. The work shows Hidalgo’s fascination with photographic technology. Even at that time, the Filipino was already a “techie,” as Lizza Nakpil, the cocurator of “Gilded Age,” put it.

“You have to put this in the context of [Hidalgo] being one of the great academic painters, so the work ‘Mi Amigo in Mi Studio’ is an unusual piece,” Nakpil explained. “It is also a very large work, almost life-size, pointing to its significance in [Hidalgo] wanting to explore the applications of the new technology.”

“[Hidalgo] became an enthusiastic photographer, and a lot of the photos we do have of Rizal, Luna and friends were taken by him,” Nakpil added. She described the painting as “an extremely rare work where [Hidalgo’s] photographic eye has crossed over into his painting.”

The crossover, according to Nakpil, is done on “three levels.”

“First, subject matter—it is not a ‘heroic’ portrait, but an intimate record of a private moment with a friend.

“Second,” she continued, “the crossover is done on the level of lighting: It is no longer academically ‘perfect,’ but quite natural, in the same way a camera would capture light and shadow. You see sunlight streaming into the room, possibly from a skylight, illuminating the man in the red beret’s profile just so, and also, the creases of his coat and trousers in high-relief.

“And third, as a commentary on time. Photography emphasized the fleetingness of time and, in a way, memory. There is something moving, almost bittersweet, about this scene. Was it a commentary by [Hidalgo’s] about the impermanence of his life in Paris?”

Luna’s studio in Paris—and perhaps Hidalgo’s—is “the peg” of the exhibition space, according to cocurator Liliane “Tats” Manahan, who recreates a late 19th-century interior to provide an “immersive environment to enhance the ‘feel’ for the paintings” and for the antique furniture and ivory Catholic icons.

“The decoration, colors, accessories and even the floral arrangements were totally driven by historical data,” said Manahan.

“The color palette is of the 19th century called caca d’oie (literally, goose poop), which runs from light yellow ochre to deep brown and green,” she said. The color was chosen for the walls in the main room. Meanwhile the inner room has a brownish red tone.

“The decorative paint finishes (striae below the chair railing and faux marble on a trompe l’oeil chair railing) are also of the period,” Manahan added. “The 19th century saw the height of decorative faux finishes usage.”

The furniture is all Philippine-made and came from local collections, and Manahan described them as “classic to baroque” since they are “not quite baroque … but rather in between baroque and classic.”

Carved by “highly skilled Chinese artisans” in the Philippines, the furniture followed the spirit of European styles as much as “Luna and his colleagues, in studying art purposely, copied European masters, thus ‘dovetailing’ styles,” Manahan explained.

Like the paintings, the icons have been “repatriated” from Europe and elsewhere, said Ponce de León.

“Beginning in the 16th century, the Philippines was the center of ivory religious sculpture, sending these magnificent works to Spain, the other Catholics of Europe, and Nueva España or Mexico and South America,” the León Gallery owner explained.

Considering that manifestations of cultural precocity by the Filipinos were already evident at the start of Spanish colonization, it is perplexing that the exhibit is titled “Gilded Age,” which historically refers to the period of affluence that the United States had achieved toward the end of the 19th century, making it the most dominant industrial and economic power, rife for imperial adventure.

But since the phrase was really the title of Mark Twain’s satirical book in which he exposed an age of social ills “gilded” and obscured by gold and luxury, it may be that the choice of title is appropriate. The title is a critique of the American invasion and the debasement and cheapening of the Latin heritage of the Philippines.

Evoking the rich civilizational heritage of Latin Europe to Filipinos should check the “bad rap” that Luna, Hidalgo et al. have been getting from the new generations, said Manahan.

“The younger generation view old masters as precisely that—old, mothballed, museum stuff,” said Manahan. “It seems unthinkable for them to have a Luna alongside a B&B Italia sofa. The low appreciation of masters’ pieces compared to contemporary art in today’s modern lifestyle cannot seem to consider style fusion between old and new; a failure to recognize the exciting possibility of eclecticism, perhaps because of a lack of liberal arts.”

Spain’s legacy of liberal arts, along with Christianity, is what many Filipinos have ignored or even rejected. No wonder they lack identity and soul. Whatever identity they claim to have now is straight out of Disneyland.

“Filipinos in the Gilded Age” is running at León Gallery, G/F, Corinthian Plaza, 120 Paseo de Roxas, Legaspi Village, Makati, till July 20, Monday-Saturday, 11 a.m.-6 p.m. Visitors are advised to arrange for an appointment so that a curator can be present by calling 8562781.