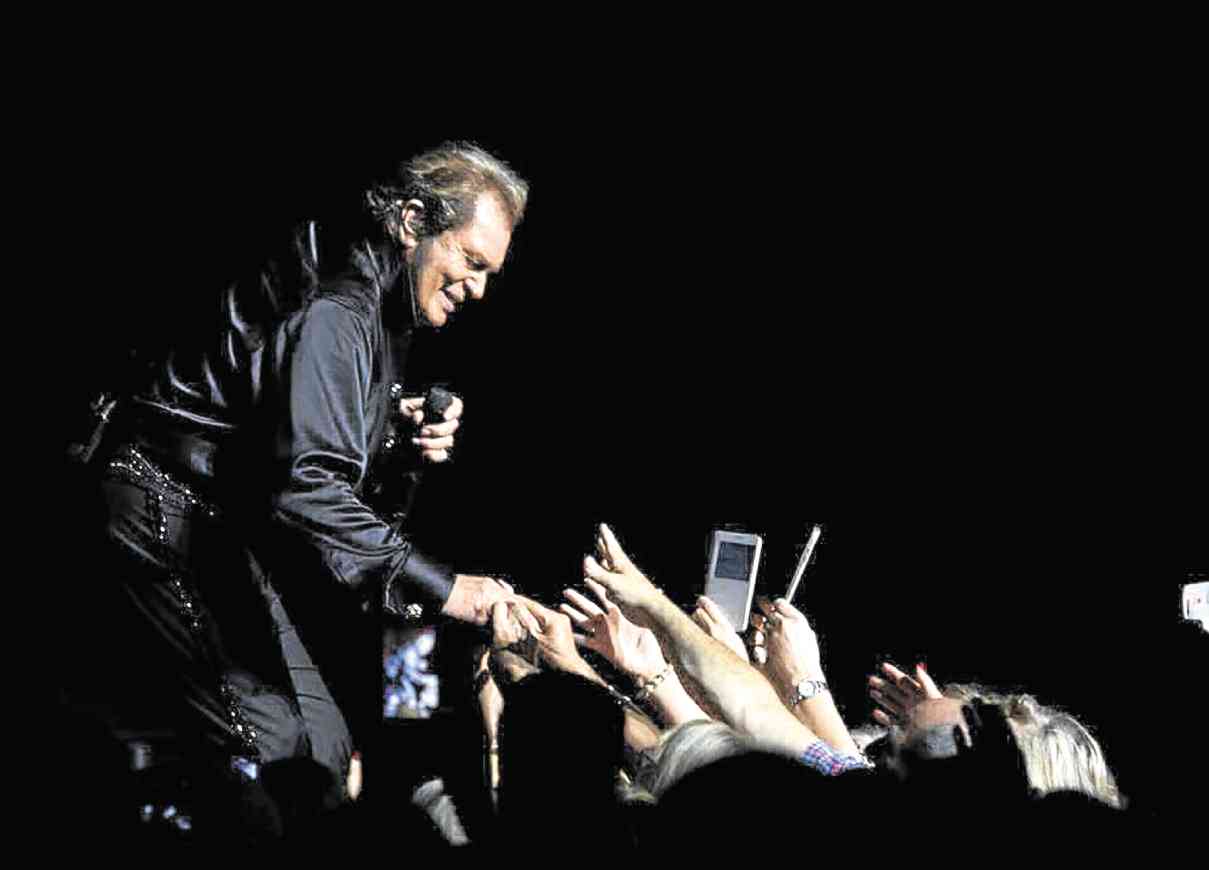 The day we’ll finally catch Tom Jones perform live in Manila may never come. It’s been twice that he’s canceled his concerts at Smart Araneta Coliseum: the first time, in 2010, was due to acute laryngitis; and the second, only last April 2, was because his wife fell ill and died eight days later.

The problem of trying, for the third time, to book him for a gig lies in finding a new promoter who won’t mind whatever the risk—since Renen de Guia, the promoter of Jones’ Manila shows, had lost money from the cancellations.

In any case, Engelbert Humperdinck, a contemporary of Jones’—a rival, in fact, during their heyday in the 1960s—is having his own concert tonight, July 10, at Smart Araneta Coliseum. The significance is, Jones’ fans who might’ve been frustrated at his no-shows could be interested to watch Humperdinck instead.

We’ve actually seen Humperdinck perform twice, also at the Big Dome. His act is, more or less, similar to Jones’—capitalizing on the ladies’ man image, even if Humperdinck is now 80 years old.

Let’s see if Humperdinck’s most die-hard female fans would turn up tonight to feel young again as he serenades them with “Spanish Eyes,” “The Last Waltz,” “Am I That Easy to Forget,” “The Way It Used To Be,” “After the Lovin’” and, of course, “Release Me.”

For the past few months, the band Glass Onion has been playing every Tuesday night at Strumm’s Makati and drawing mostly a full-house audience composed of businessmen, their wives and friends, and other corporate executives.

Aside from the enduring appeal of Glass Onion’s music—classic rock and pop—perhaps another factor that keeps the crowd coming back is TonyBoy Cojuangco and Lenny de Jesus, two of the band’s members who personify the image of very private personalities who also get a kick out of playing guitar in public.

The occasion is PLM paying tribute to its board of regents chair, Benjamin Diokno, who has been appointed budget secretary by President Rodrigo Duterte.