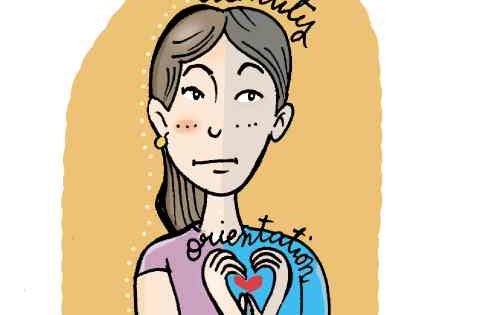 Transgender, transwoman, pansexual, transsexual, homosexual–which one are you? 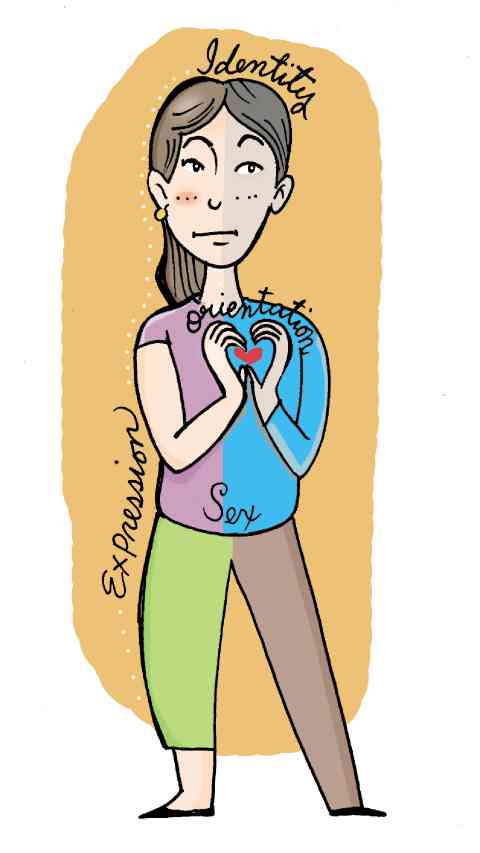 In the aftermath of the social media coming out of Angelina Mead King as a transwoman that sent kibitzers into a tizzy, came many questions that we have heard at least once before—when BB Gandanghari came out, when Caitlyn Jenner debuted her new identity on the Vanity Fair cover.

Angelina Mead King, or Angie as she now wishes to be known, was born Ian Angelo King, a businessman-car aficionado who’s also a scion of the family that owns the Victoria Court motel chain. King is married to celebrity model Joey Mead.

“So, what does that make Angie Mead now, since she’s a transwoman who likes women? Does that make her a lesbian?”

“What about Joey Mead? Does that also make her a lesbian, since she’s sleeping with a transwoman?”

“What’s a transwoman? What is transgender?”

When you scan the comments and name-calling online about Angie Mead King, you will find that while some of those asking are merely being glib or insolent, there are those who are genuinely confused and are asking the same questions—without being judgmental.

As one LGBT advocate says, their queries are quite valid.

“I know it can be very confusing, that’s why it’s good if we could educate people on gender awareness and gender sensitivity,” says Janlee Dungca, a PR manager who is herself a transgender woman.

Gender educators, says Dungca, have been using the acronym SOGIE (Sexual Orientation, Gender Identity and Expression) to explain the wide spectrum of sexualities.

“Sexual orientation refers to attraction, or explained simply, it’s about whom you want to sleep with,” says Dungca. You can be a heterosexual or straight, meaning you’re attracted to the opposite sex; or a homosexual, one having same-sex attractions.

There’s also the bisexual, which means the person is attracted to both sexes.

Pansexual means an attraction to all gender identities; it’s polar opposite is the asexual.

“Gender identity is how you identify yourself, or who you want to sleep as,” Dungca adds. “Sex is simply what you were born as, your genitalia at birth or what’s in your birth certificate. Gender, meanwhile, isn’t black and white; it’s a cross between sexual orientation and gender identity.”

Sexual orientation and gender identity are both internal, she adds.

Then there’s expression, or how you express yourself externally, whether masculine or feminine.

“I’ll use myself as an example,” says Dungca. “I was born with male genitalia, but I identify as a woman, that’s my gender identity. I’m attracted to men. I’m a heterosexual transgender woman. That’s different from someone who’s gay, which means a man attracted to another man.”

As for Angelina’s wife, Joey, “only she can say what she is,” says Dungca. “Gender is internal. You can’t dictate. That’s why always, the best and polite way to find out is to ask.”

Transgender, she explains, is the general umbrella term for persons who have a gender identity that is opposite of the sex they were born with.

A transvestite is simply a cross-dresser, and has nothing to do with sexual orientation and gender identity. “I can be a straight man and cross-dress. It doesn’t make me gay,” she says.

A transsexual is somebody who has undergone sex reassignment surgery (SRS). Not all transgender men or women go through SRS; they’re referred to as non-operated transgender man or woman.

Transitioning refers to transgender individuals going through the process of physical change to match their gender identity.

“It’s a lifetime process,” says Dungca, who began her own transition three years ago. “There are two ways to do that. First is to undergo HRT, or hormone replacement therapy. The second is the way you dress.”

“I express myself as a woman, I dress like one. But I have a friend, a heterosexual transgender woman, but she can’t dress like a woman because it’s not allowed in her medical school. Another friend can’t undergo HRT because of financial limitations.”

Gender is “very fluid,” says Dungca, who came out as a gay man in high school, before finally identifying as a woman in college.

“Sometimes I’m attracted to gay men,” she adds with a laugh, “so we coined another term: heteroflexible.”