Why Cebu is the Hollywood of Ironman events | Lifestyle.INQ ❮ ❯ 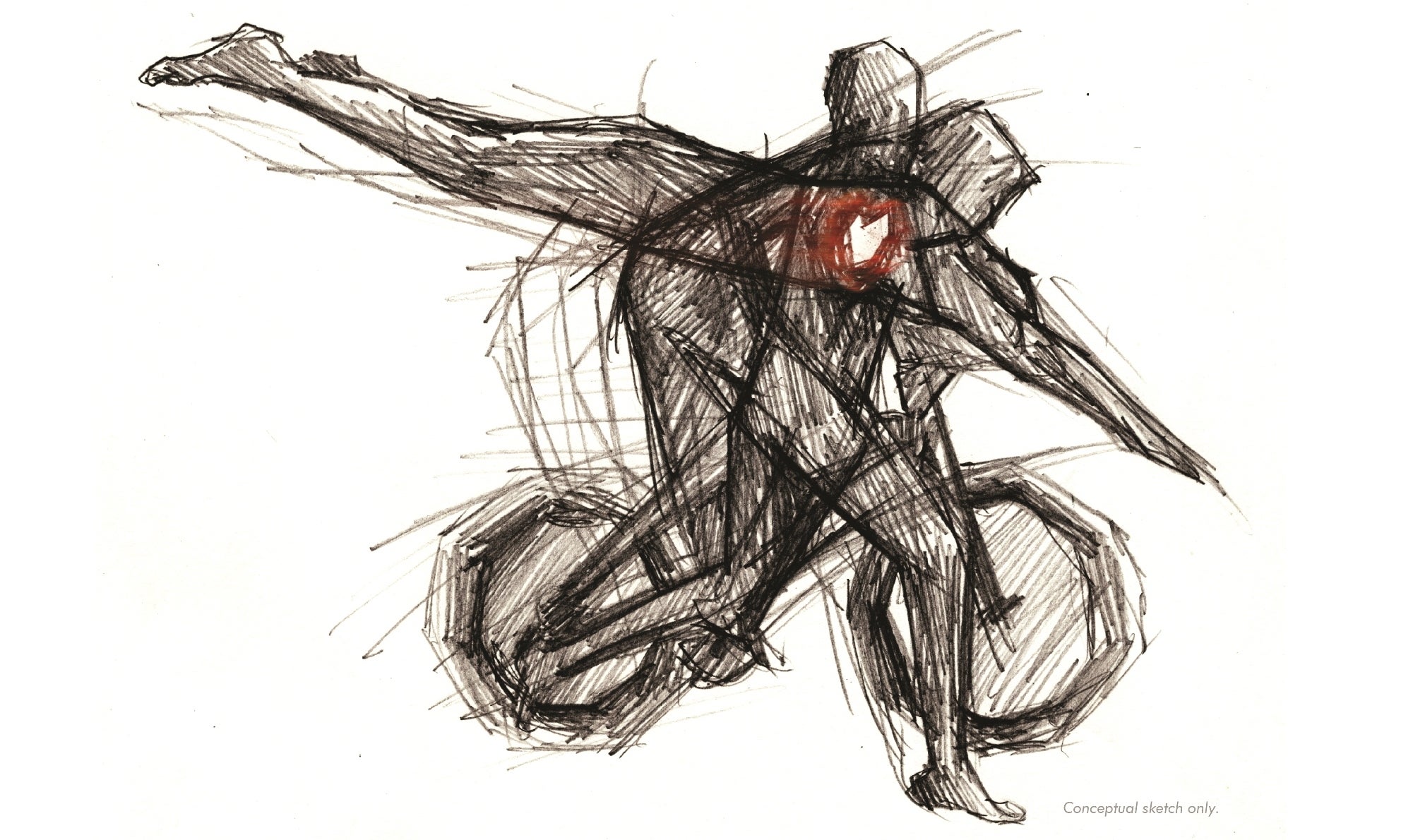 COBONPUE’S rendition of the Cobra Energy Drink Ironman 70.3 Asia-Pacific Championship medal shows an overlap of the swimmer, cyclist and runner with a heart in the middle.

Why Cebu is the Hollywood of Ironman events

On Aug. 7, it will make history as the country’s largest triathlon ever, with a roster of participants from 45 countries, more than 60 world champions  and local celebrities.

Some 500 are still on the waitlist, says Wilfred Uytengsu Jr., triathlete/president and CEO of Sunrise Events Inc. He estimates that over 10,000 visitors, including family and media, will be billeted in several hotels in Lapu-Lapu City and midtown Cebu.

Uytengsu’s sports events  company owns the license of Ironman 70.3, given by the World Triathlon Corporation (WTC), as well as Ironkids, the 5i50 abridged triathlon, and the Xterra off-road triathlon and trail run series. It also organizes triathlons in Vietnam and Thailand.

Ironman 70.3 is an endurance race that is half the distance of the standard Ironman. In Cebu it covers a 1.9 kilometer swim in the cool, clear waters of Shangri-La Mactan; a 90-km bike ride that spans Talisay, Mandaue, Cebu City and Lapu-Lapu; and a 21.1-km run along a two-loop course between Shangri-La Mactan and Punta Engaño.

While the full Iron Man has to be completed in 17 hours, the 70.3 set the cut-off time to eight hours and 30 minutes. Professional triathletes must finish it in less than four hours.

In the past six years, Ironman Cebu 70.3 has been gaining a  reputation as the “Hollywood of  Ironman.”

“They offer a lot. You get many extras for your money,” says veteran triathlete and coach Dan Brown. With its plethora of sponsors, the local Ironman 70.3 showers guests with giveaways, from registration until the victory dinner in Shangri-La Mactan’s golf course. He adds that Filipinos, being brand-conscious, are attracted to a race like the Ironman, which is the top “brand” in triathlons.

The Australian chose to represent the Philippines on the professional level. Married to Filipino lady coach Ani de Leon, with whom he has two children, he explains it’s his way of giving back.

The 40-year-old triathlete has competed in 27 full Ironmans worldwide. His best race was the Ultraman Hawaii World Championships 2006, a three-day version of Ironman. At his peak at age 30, he placed no. 7, in one of the world’s most extreme races.

Still, it’s more fun in the Philippines, as the tourism tagline goes.

“I go to races all around the world, and Cebu could easily be a grand event straightaway. The government supports it. For the organizer, that is important,” says Brown.

“The main excitement is the people,” he adds. “The streets are closed. That’s not easy to do in the city. An athlete can go fast and not worry about smashing into a dog or a car. I raced 70.3 in Korea and the roads were not closed. I was shouting. Buses were coming, you feel you’re going to  crash.”

For foreigners, the Filipinos’ fluency in English and the attentive hospitality make them feel at home.

Then again, Cebuano designer Kenneth Cobonpue’s medal is the most unique in the Ironman world. “Other events just have loops or plates. Even the world championships give a piece of metal with names,” observes Cobonpue who, by the way, is more into vintage car racing.

Cobonpue has been designing medals for Ironman 70.3 Cebu since 2012. The first medal was a set of concentric circles with a runner, swimmer and cyclist on them. Other medals had interlocking loops of metal, rubber and wood. Last year, his landmark version drew inspiration from the sea, the road and the bicycle. This year, the medal for the finishers will be made of aluminum. It will be an overlap of swimmer, cyclist and runner, with a heart in the middle.

“Triathletes like the medal because they’ve never seen anything like it. The designs are sculptural,” he says.

Actor-sportsman Matteo Guidicelli, 26, has done five triathlons, including  Ironman 70.3 Kona and Xterra Maui, two of the places in Hawaii where the crème dela crème go. In the end, Cebu is still the best.

organized. What they do is top-of-the-line,” he says.

He points out the Ironman series has brought him many opportunities and “good vibes.”   Sunrise Events introduced him to Cobra Energy Drink, and he has since become an endorser.

He also linked up with Ford, this year’s event presenter, for his Forza Foundation, which supports triathletes. “Ford had the same vision as the triathletes, which is to push the limits,” says Guidicelli.

For teleserye actor and sportsman Ivan Carapiet, 30, Ironman 70.3 Cebu transports him to another world. He has participated in other endurance races, but Cebu’s atmosphere is like a fiesta. Thousands of spectators line up on the street to applaud. The outpouring of encouragement overwhelms the triathletes.

Carapiet’s best record was doing the 70.3 in less than five hours, which put him in seventh place in 2014. For this event, he has been training twice a day and works out with coach Ani in her Nuvali residence thrice a week.  Her best advice: “It’s the effort that matters.”

Standing at 5’9,” photographer Xander Angeles, 42, was a tub of lard at 220 lbs. When his business partner Bianca King bribed him with a pair of athletic shoes in exchange for a marathon, he got hooked. He dropped down to 160 lbs in 10 months.

Angeles has joined marathons in Hong Kong, Tokyo and Osaka, the last of which was accomplished in less than five hours. For this event, coach friends such as Ige Lopez, Jojo Macalintal, Marinela Abejero and swimmer Paolo Leaño have been giving him free consultations.

Angeles enjoys the camaraderie of the triathlon community. Unlike other competitive sports, teams support instead of snub each other. “Even if you’re just training and another team is on the road, they will give you tips,” he says.

Uytengsu says triathlons have grown exponentially. The profile is an adult market of 30-to-50-year-old professionals.

WTC also appreciates the fact that the Philippines usually sends a large contingent to Ironman events.

Uytengsu has long been known as president and CEO of Alaska Milk Corporation and the owner of the Alaska Aces basketball team.

“Years ago, they talked about basketball; now conversations include triathlons,” he says.

Despite the excitement over the Ironman 70.3 in Cebu, Uytengsu says he hasn’t seen any significant road infrastructure that would accommodate a full Ironman.

“We would need a 90-km road loop for biking twice and a 21-km loop and run it twice, as well,” he notes. “Triathlons are physically and mentally challenging, so you want to keep the routes interesting. Doing several loops is like a mouse on the treadmill.”

Fit at 55, Uytengsu has joined over 50 races. His best record was the Ironman World  Championships 2011 in Kona, the Olympics of triathlon. He finished in 12 and a half hours.

“It was a nice way to celebrate middle age,” he says.

For him, triathlon is a way of life. “It’s not like you’re training for an event. You stay in shape pretty much year round. It’s a low end of eight hours for maintenance; 12-hour training for your 70.3; and 15 to 20 hours for full Ironman. It’s like holding two full-time jobs,” he says.

Although he describes his athletic career as phenomenal, he is slowly shifting his priorities to his family and organizing races.

On Sunrise Events, he says: “This is for the love of sports and its development. We make sure we are financially viable and we give back to the community. Children’s Hour is one of our beneficiaries. We believe including corporate social responsibility.”