Why I want to be like Tim Duncan | Lifestyle.INQ ❮ ❯ 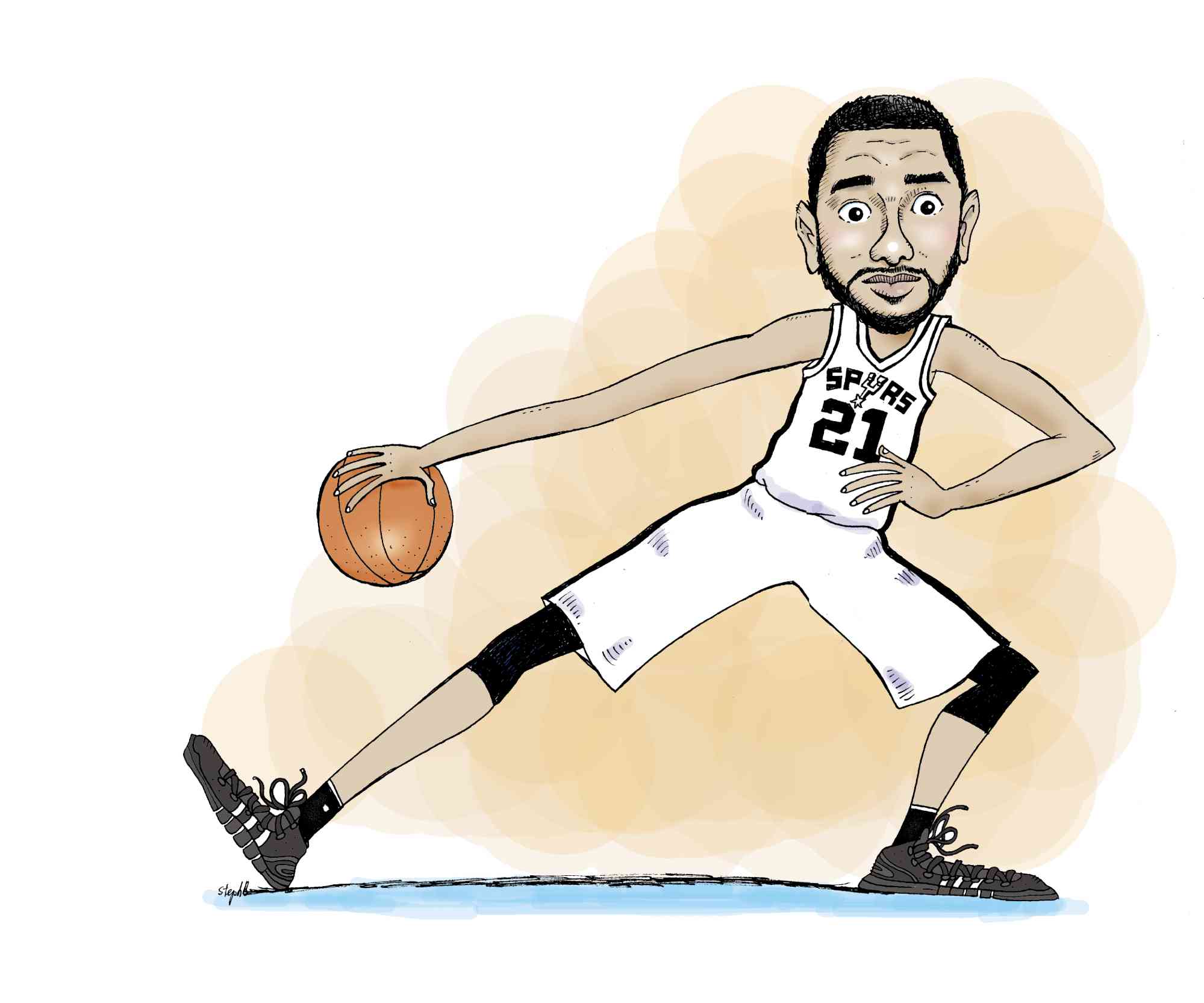 The year 1997 was memorable for NBA fans. At the time, the San Antonio Spurs chose Tim Duncan as a first-draft pick.

He could’ve joined the 1996 draft class which included Kobe Bryant, Steve Nash and Allen Iverson, but Duncan opted to finish college first. But he went on to play with the Spurs for 19 seasons until his retirement this year. He left without a bang, only with a quiet goodbye, in true Spurs fashion.

My baby brother, a die-hard basketball fan born on July 18, 1997, never knew a day without Duncan—aka The Big Fundamental.

Our hometown, Baler in Aurora province, is roughly 13,500 kilometers from San Antonio, Texas, but Daddy influenced us to become fans of the Spurs. He didn’t force anything down our throats; it just came naturally.

In 2014, my brother and I watched the NBA Finals in Manila, and daddy was at home in Baler, as Duncan won his fifth championship ring. We almost cried with joy, and we were pretty sure daddy shed a tear or two and busted some moves—like what happened in 2005 and 2007.

In 2013, during the Finals showdown between the Spurs and Miami Heat, I observed the front-page photos of newspaper dailies in our basketball-crazy country, including the Inquirer. It was always Lebron James above the fold.

Miami snagged Game 6 and what could have been San Antonio’s fifth title. It was heartbreaking.

In the rematch a year later, San Antonio emerged as the 2014 NBA champion, 4-1. It was sweet revenge. Excited to buy the newspaper the following day, I thought I’d have history framed—Duncan and a bunch of aging teammates like Manu Ginobili and Tony Parker winning another ring.

But all I saw with the front-page story of the Spurs’ victory was a small picture of Parker holding the Larry O’Brien trophy.

As a Journalism student then, I understood. There are numerous stories more important than NBA championship games. Editors go through a process in picking out which stories land on the front page.

But I also knew that Duncan and the entire San Antonio team were not exactly fan favorites. Some said the Spurs are boring, especially Duncan.

But how boring is it for this 1997 NBA Rookie of the Year to also be in the five-time NBA champion team, a three-time Finals MVP, two-time NBA MVP, 15-time All-Star selections, 10-time All-NBA First Team, most regular-season wins with one team, most playoff double-doubles in history, winningest trio in playoffs history, and so on?

On court, he exercised restraint in emotions, but always delivered maximum performance. In Season 2005-06, he led the Spurs in a then franchise-record 63-19 season, even as he injured his right foot.

In today’s pro basketball league, the player is more glorified than the team. Greatness is measured in splash, and a king is a king because he calls himself so.

The team is a city; a player can always choose to get out. And here is San Antonio, with coach Gregg Popovich, shouting in the background, “Point five! Point five!”—a reminder that the ball shouldn’t stay in a player’s hand more than .05 seconds. It should be passed to a teammate, the way team basketball should be.

The Spurs game has, in fact, been called the beautiful game.

In 2015, after an early exit in the playoffs, the Spurs joined the trade craze to sign free agent LaMarcus Aldridge. With a limited salary cap to accommodate Aldridge, the Spurs management offered Duncan a two-year, $10.4-million contract. It was a big discount for the then 38-year-old power forward, who still averaged 14 points, nine rebounds, three assists and two blocks in 29 minutes.

I guess Duncan is boring because he’s not the typical basketball superstar. He didn’t throw a three-pointer from the other half of the court, he didn’t drop 60 points on his final day.

His last game was a loss in Oklahoma; he left the arena with only a wave of the hand—no letters, no farewell tour, just a press release last Monday.

And that’s probably what makes him special—he keeps it real. He was always wearing polo shirts that seemed a size bigger, and baggy pants, whether he was playing at home or away from home.

He’s just like your regular rank-and-file employee who works eight hours a day, and puts in extra hours of overtime several days a week. Someone who does what is instructed and expected.

He does not expect gratification, medals of recognition, or pay raise. But arguably Duncan, the greatest power forward to step on court, is a team-first player.

If anyone asked me who I want to be when I grow up (older, that is), I’d say I want to be someone like Tim Duncan. But for me, standing 5’2,” and weighing 120 lbs, basketball is out of the question. What I really wish to emulate is Duncan’s quiet domination, consistency, loyalty and humility.

His illustrious 19-year career is an assurance that hard work pays off. Stoic as he may look, no words need be spoken, but his love for the game is undeniable, unequivocal.

Residents of San Antonio give him space in public places like the grocery, in return for the greatness and pride he has given the city.

Timmy, if I ever see you around San Antonio or any part of the world, I can’t promise to keep my distance, but I’ll try not to go crazy.