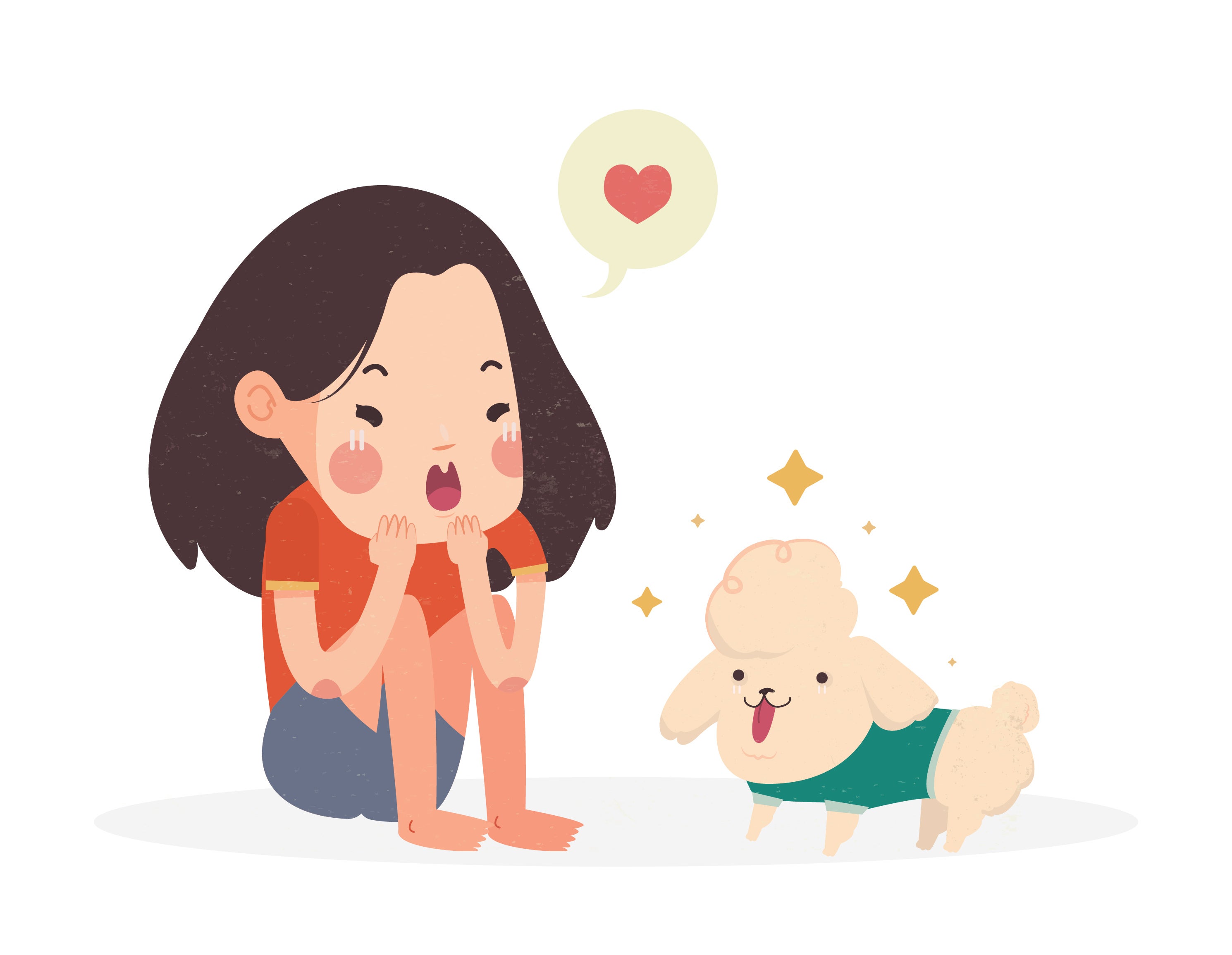 More than just a pet

THROUGH the years, dogs have been more than service animals to the disabled and the military. They have become our dearest companions— “Man’s Best Friend” with their unwavering loyalty to their handlers. A dog owner, I never thought of the impact a furry, four-legged friend would have on me and my family.

Growing up an only child, I didn’t have a lot of friends to play with, and I also felt lonely from time to time. I wished for siblings but there was no chance of having any. So the only solution I could think of to ease my loneliness was to have a pet, something that would serve as my constant companion. For an eight-year-old kid with no siblings, few friends to play with and only an imaginary friend to talk to, I figured a pet was my best bet.

I told my parents I wanted a dog, and they probably saw it coming. They told me they would think about it, but every kid knows that either meant yes, we would think about it, or we thought about it and the answer is no. For a while, I was sure they were going to say no. My mother has asthma, our house isn’t big enough, and dogs aren’t cheap.

Still, my parents found a way to get my hopes up. They gave me plenty of chances to prove I was responsible and mature enough to look after a dog. They started me first with small animals. Unfortunately, four goldfish and three hermit crabs died very soon under my care. Suddenly my chances of owning a dog were slim.

Years passed and I eventually forgot my wish to have a dog. Until in my 7th grade: My parents finally agreed that I could have my own dog, for as long as I maintained grades not lower than 80. I thought that was fair, but by the middle of the semester, I encountered problems with my schoolwork. Nevertheless, my parents surprised me by taking me to a pet shop for a dog. They decided to bend their condition a bit to motivate me to study harder.

Anxious and excited, I walked into the pet shop with such a wide smile on my face, I thought my jaw would break and fall off. I went straight to the cage with the poodles; the breed had always been my dream dog.

There were two poodles inside the cage. Choosing between them was the hardest decision I ever had to make because I didn’t want to end up with a dog that wasn’t compatible with me.
Playing with the smaller of the two poodles, I decided not to take too long because my mom’s nose started to get stuffy from all the fur in the shop. But just as I decided to take the small poodle, the most peculiar thing happened. As I was about to walk away with my chosen poodle, the other poodle in the cage held on to my jacket with his tiny paws and began to cry. It was the cutest thing I ever saw in my life.
Feeling sorry for him and realizing how badly he wanted to get out of the cage, I decided to take him instead. I named him Chocnut because of his brown fur.

The first night with Chocnut, I could barely sleep. I was so excited to play with him the next morning.

Having him around really brightened up the mood in the house. For the first couple of weeks he seemed like an angel because he was so polite and quiet. Taking care of our newest family member felt like a walk in the park. Then he got too comfortable with us, and that was when he showed his real self.

It started when he became too picky with his food. He used to eat kibble for every meal but after tasting food from the table, he refused to eat dog food. So we started feeding him boiled chicken. Whenever we prepared lunch, he would sit right next to us and nibble on the carrot sticks and vegetables we gave him.
When he ate, his food should be on his right and his water tray on his left. If he didn’t eat his boiled chicken, we had to bribe him with treats. Speaking of treats, he liked whole milk from Starbucks, and got a cake (and new outfit) on his birthdays.

Training him was a bit tricky. I decided I would potty train him first so he wouldn’t make a toilet out of the entire house.

I taught him to go to the garden to do his business, but sometimes he would still do it inside the house.
I was more successful training him to climb up the stairs. He was very little at the time I taught him, so he would jump onto every step like a bunny; he still goes up the stairs like that today.

To this day, he receives 100 percent of our love, attention and affection 24/7. He is more than a dog, he is part of the family, a best friend and little brother to me. Sometimes I find myself talking to him about my problems in school, pretending that he understands me. I have never felt lonely after I got him.

Studies show that dogs care more about their owners than themselves. They notice our sudden mood swings and the subtle changes in the way we do our routines. This explains why dogs are so loyal to us; the only thing they ask from us is our love and attention.
I always thought that I chose Chocnut, but in reality he chose me to be his owner. While I was wondering if I was making the right decision in the pet shop, he already knew I was the one for him. I couldn’t be more honored to be the owner of such an amazing dog and a big sister to the littlest member of our family.