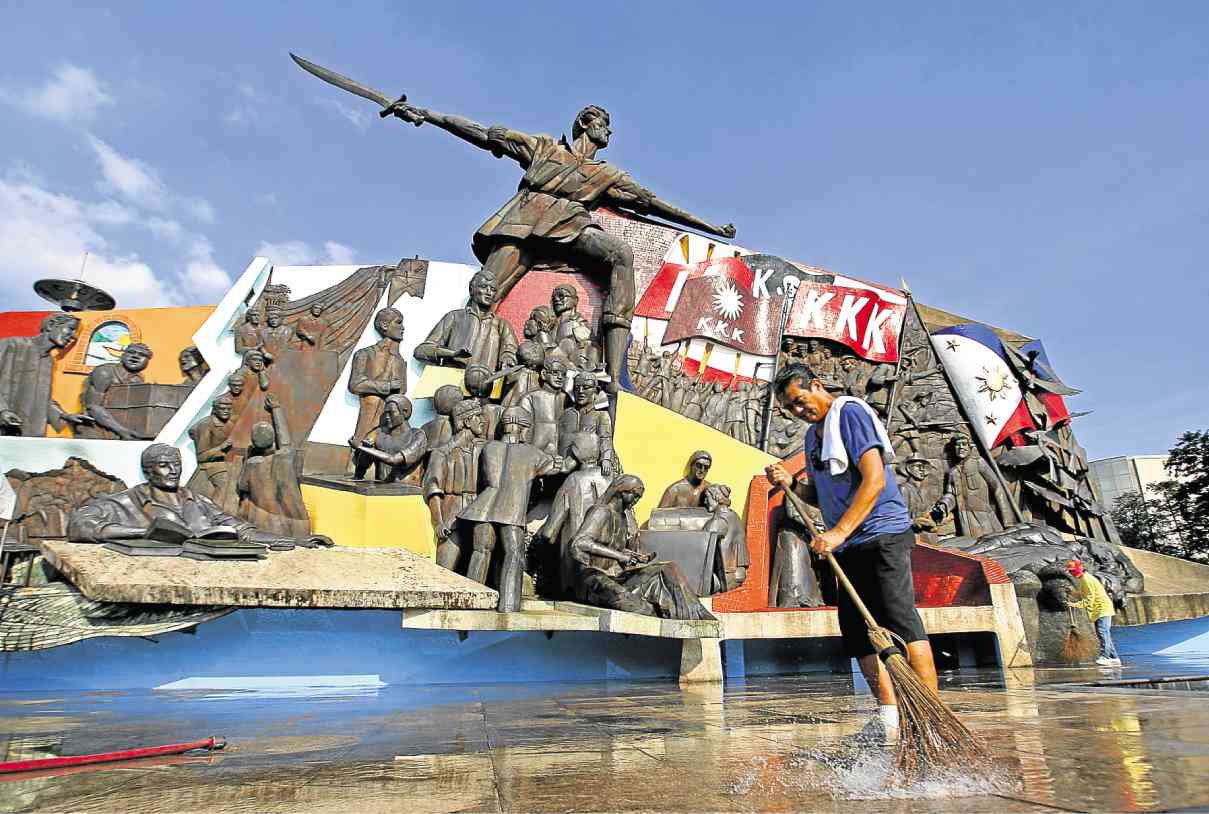 EDUARDO Castrillo’s public art is everywhere, but most people know them merely as road markers and not as heritage monuments.

To remind Filipinos of the significance of Castrillo’s works, Yuchengo Museum and Samsung have launched Samsung Culture Connect: [email protected], an Instagram photography contest focusing on his public art, which are many: The People Power monument on Edsa, Binhi ng Mga Bayani on Rizal Park, Raha Sulayman monument in Manila, Heritage of Cebu and Emilio Aguinaldo in Cavite are just a few examples.

Aside from the familiar monuments, Castrillo, who passed away last May 18, also did copper hammer-outs reliefs, religious works, portraits, even commemorative medallions and jewelry art.

For his sculptures, he made use of metal finishes such as oxidized bronze, polished brass, chrome-plated steel, rusty iron and polymer coat, which gave his sculptures a distinct and unique look.

Jeannie Javelosa, Yuchengco Museum curator, said most of the historical monuments in the Philippines were done by Castrillo, the “only truly omnipresent Filipino artist.” She explained the contest was an awareness campaign to foster nationalism, especially among the youth.

“Castrillo tells the rich story of the Filipino people through his sculptures,” Javelosa said during the launch at Yuchengco Museum. “Our aim is for Filipinos to have a renewed sense of respect for public art, and for us to take pride in our heritage so that we could stand taller as Filipinos, much like the brass and stone images shown in his sculptures. Nationalism and pride of race are among the legacy messages of Castrillo’s works.”

Through technology, these messages can reach more people, she added.

“A lot of young people look up to Hollywood celebrities as heroes even if we have our own heroes such as José Rizal and Andres Bonifacio, but they are forgotten because we have no racial pride,” Javelosa explained. “The Instagram contest is one way of encouraging Filipinos to know our history.”

Samsung Culture Connect: [email protected] is part of Yuchengo Museum’s event series in celebration of Castrillo’s 50th year as a professional artist. The Instagram contest has two categories: Professional (for professional photographers) and Open (for everyone else on Instagram).

Participants must indicate whether the entry is under the Professional or the Open category.

Participants may submit a maximum of three entries on Aug. 1-31.

Winning photos will be announced on Sept. 13 and featured on Culture Explorer, an app that highlights Philippine culture and heritage landmarks.

“We have to make art relevant to the public,” said Javelosa. “If you have wonderful art and you can’t reach the public, it doesn’t work. There has to be a link among technology, content, the artist’s message and support from brands such as Samsung. People should recognize Castrillo’s great technical skill in creating these moments and, hopefully, lead them into discovering patriotism.”

18 Eduardo Castrillo works to be used in tilt