Because every 40 seconds, a young person commits suicide | Inquirer Lifestyle 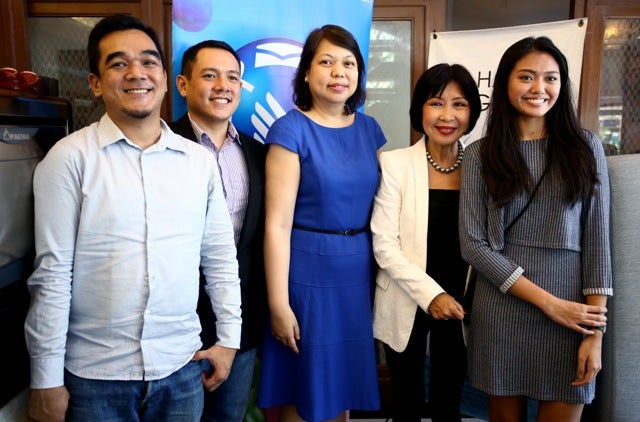 Because every 40 seconds, a young person commits suicide

The Natasha Goulbourn Foundation (NGF) has extended its search for a 40-second animated digital video that would encourage those suffering from depression to seek help and, possibly, to call its 24/7 Hopeline suicide hotline in times of crisis.

NGF president and chief executive officer Jean Goulbourn announced that the video competition’s deadline has been moved to Aug. 15, from the original July 31.

The foundation plans to distribute the winning video to various channels, including social media and movie theaters, to make more people aware of mental health issues and the available intervention that would allow them to cope with their condition.

NGF was named after Goulbourn’s daughter, who committed suicide after suffering from severe depression. The foundation hopes to avert  suicide cases through educational lectures, its Hopeline confidential crisis line and referrals to partner psychologists.

NGF has mounted a mental health campaign for the past five years, including an ongoing campus caravan to bring mental health awareness to schools, through the support of newly appointed Health Secretary Paulyn Ubial.

The video competition, dubbed Hope In 40 Seconds, is a reference to a World Health Organization study showing that one person between 15 and 29 years old is lost to suicide every 40 seconds around the world.

“We want to counter the suicide rate … by offering hope so that those who are in emotional crisis and in need of immediate assistance can have someone they can talk to, someone who understands what they are going through and who can give them the support they need,” Goulbourn told a recent gathering of representatives from Hopeline, Globe Telecom, the UP Junior Marketing Association  and the Department of Health.

NGF has partnered with Globe in providing information and communication capability for Hopeline to enable Globe and TM customers to call toll-free. Goulbourn said Globe has also lent its resources to the video competition.

Esguerra explains,  “Although there are no official studies … on how cyberbullying affects mental health, there are already reports of young people taking their own lives due to online pressure and stress.”

Esguerra added that Globe supports NGF’s mental health campaign because “it is also our duty to protect and educate the people on the impact of technology in their lives.”

So far, Globe has a partnership with Unicef Philippines and the Ateneo Human Rights Center for the protection of children against online exploitation.

In an earlier interview, Goulbourn said NGF has signed a memorandum of agreement with the Department of Education to incorporate lessons on wellness and emotional resilience in the curricula of Grades 4-12 students.

A pilot of this project will run from September 2016 to July 2017 in select schools.

Although the Hope In 40 Seconds campaign does not impose an age limit on participants, Goulbourn said she wants it to encourage young people in particular to “convince their peers that breathing is valuable to live.  The youth is invited to give their 40 seconds to thoughts on how they imagine hope to be, to save a life.”