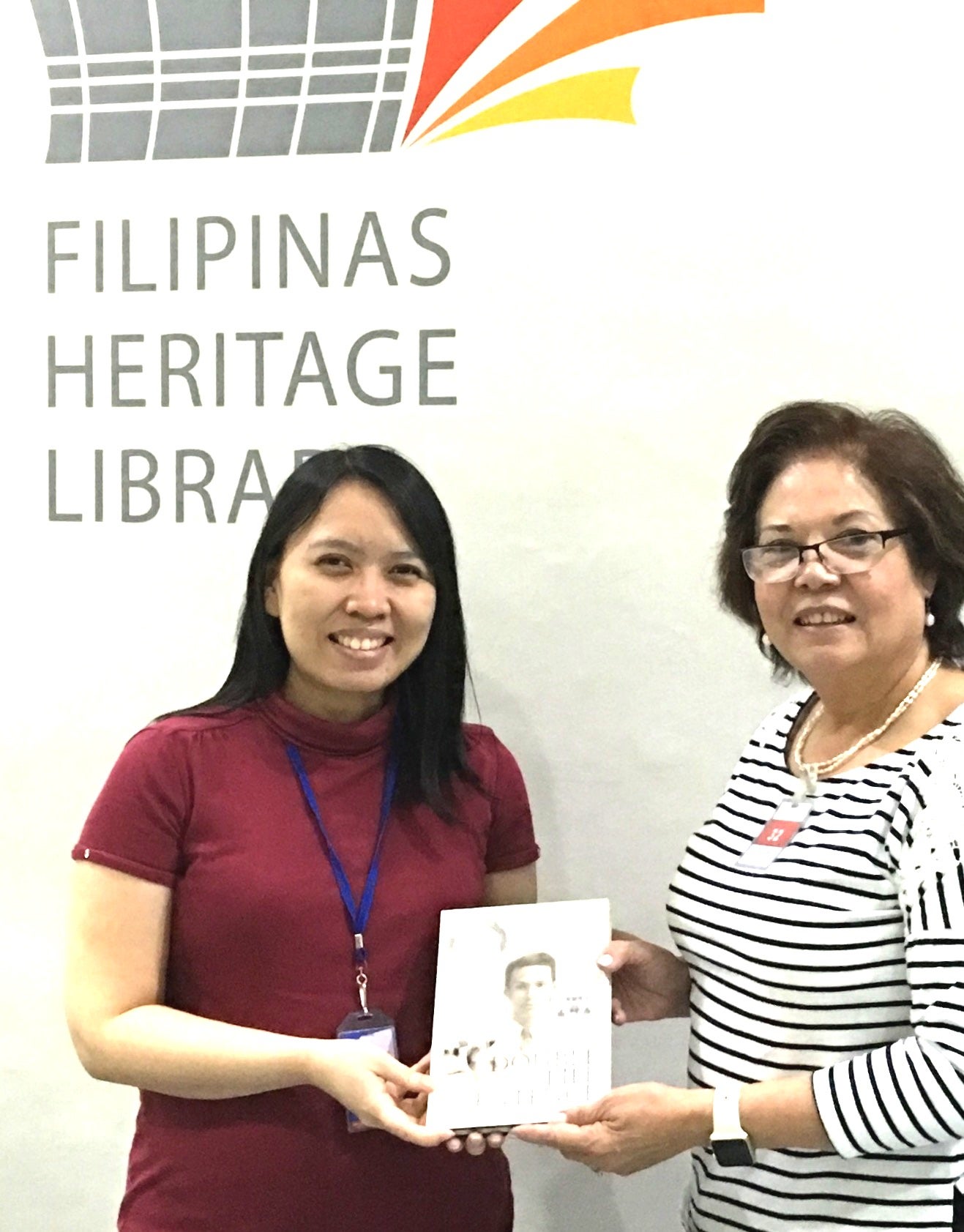 Book #1501 in the Roderick Hall Collection

MAKATI — My involvement with the Bataan Legacy Foundation, founded by Cecilia Gaerlan, brought me to the doorsteps of the Ayala Museum last week. Being my father’s daughter, I have tried to honor him for his valor during WWII by getting involved with Veterans affairs as much as I could before and after his passing. On one of BLF’s projects, I mentioned to Cecilia that my father wrote a book, Double Life Sentence, which has six chapters of award-winning reportage on the war. Having heard that, Cecilia quickly linked me with Roderick Hall and Suzanne Yupangco, Senior Director of the Filipinas Heritage Library, which contains the Roderick Hall Collection, comprises 1,500 books on WWII.

The RH Collection was compiled by Mr. Hall in memory of his family members who were executed by the Japanese Imperial Army in 1945. The collection focuses on personal experiences of both civilian and military, within the Philippines during the Japanese occupation and the Second World War. It is an exhaustive collection of stories of heroism, scarcity, and human depravity as anyone can only experience during such intense global turmoil. There were 1,500 books of all sizes and age written by Filipinos, Americans and Japanese. Double Life Sentence became book #1,501.

My father, Eriberto Misa Jr., was a member of the daring Ateneo ROTC cadets who, hardly out of college, gallantly volunteered their services at the start of the war under the command of Capt. Eugene C. Lara of Company A, 2nd Anti-tank Battalion, Regular Division, USAFFE. Out of 34 in their command, almost half perished during the war. The rest survived the fall of Bataan, the Death March and concentration camp as prisoners of war.

Misa Jr. was a fledgling reporter then and wrote a diary of their horrific and heroic experience. After the war, he contributed to the Free Press. One of his articles, “At 200 yards I watched an air-naval battle” written on March 30, 1946, won an award. Other articles were entitled “Destination- Leyte” written on Nov. 2, 1946, and “Bataan – 9 April 42” among others.

Double Life Sentence was so titled because it’s the story of a father and son and their legacy of prison service. Major Eriberto B. Misa Sr., Director of Prisons from 1937 until his death in 1949, served under three presidents before and after the war. Eriberto Jr. became Prisons Director under President Corazon Aquino and President Fidel V. Ramos. Both were beloved penologists “who made prison life bearable.” The book is now out of print.

The Roderick Hall Collection is located on the sixth floor of the Ayala Museum on Makati Avenue above the Diorama and Ancient Filipino Gold Collection on the lower floors. It is part of the Filipinas Heritage Library, a “one-stop-shop digital research center on Philippine History focusing on the formative period of Philippine nationhood (1930-1950s)”.