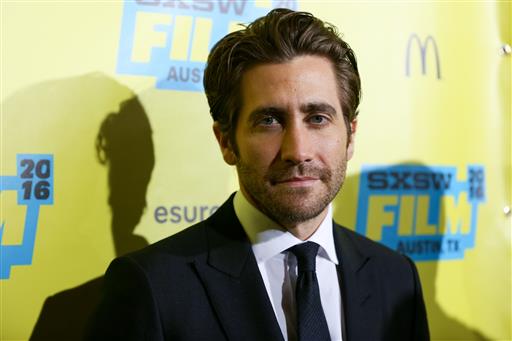 In this March 12, 2016, file photo, Jake Gyllenhaal arrives at the screening of "Demolition" during South By Southwest at the Paramount Theatre in Austin, Texas. Gyllenhaal, who made his Broadway debut last year, will be returning to star in Lanford Wilson’s acclaimed play “Burn This.” AP

Jake Gyllenhaal to return to Broadway in ‘Burn This’ in 2017

NEW YORK — Jake Gyllenhaal, who made his Broadway debut last year, will be returning to star in Lanford Wilson’s acclaimed play “Burn This.”

The Academy Award nominee from “Brokeback Mountain” and “Nightcrawler” will also help mark a milestone of sorts — it will be the first play at the re-opened Hudson Theatre in almost 50 years.

In “Burn This,” grief over the accidental drowning of a brilliant young dancer unites what would seem to be, at first glance, two totally opposite people. Performances begin February 2017.

Gyllenhaal’s co-star hasn’t been announced. The play has been tackled by Elisabeth Shue and Peter Sarsgaard, Edward Norton and Catherine Keener, and John Malkovich and Joan Allen.

Gyllenhaal made his Broadway debut last year in “Constellations” with Ruth Wilson. TVJ