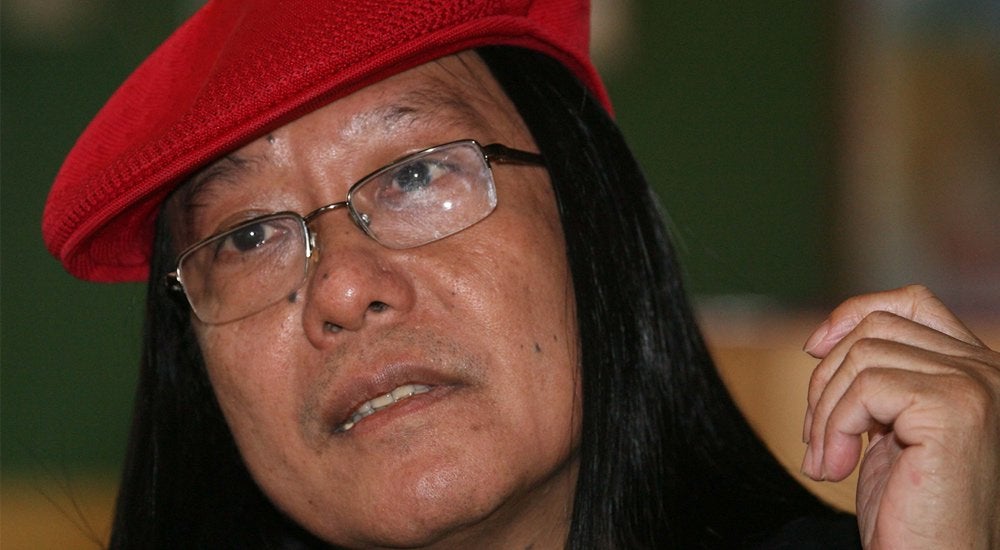 LIKE a tired refrain, Freddie Aguilar has been repeatedly announcing he has accepted the chairmanship of the National Commission for Culture and the Arts (NCCA) with nary a challenge from the media, NCCA and Malacañang itself.

Even more outrageously, the musician has already proclaimed himself de facto secretary of culture even if the bill proposing the creation of a Department of Culture has yet to pass the barest legislative muster.

Media should be particularly blamed for their one-sided reporting and overall breach of the most minimum rules of accuracy, objectivity and fairness.

But Malacañang and its officials should likewise be taken to task for not checking what should amount to a disinformation and black propaganda against the NCCA and the regime of laws that any new presidency has supposedly sworn to uphold and protect.

This is so because while Aguilar may have the artistic license to portray himself as culture czar, he should not do so at the cost of the law and plain truth. To borrow from John Adams, ours is a government of laws and not of artist’s conceit.

The NCCA chairmanship is occupied up to the end of 2016 by Felipe M. de Leon Jr., incidentally a musician like Aguilar but also a scholar and a very experienced cultural administrator.

Aguilar’s touting of his impending chairmanship betrays not only his excessive job-prospecting zeal but also his woeful administrative inexperience as well as his general illiteracy; obviously he does not know that there’s a law that governs the operations of the NCCA (Republic Act 7356), especially appointments to the NCCA Commission, including its chairmanship, and that the law cannot be circumvented not even by Malacañang.

Moreover the NCCA, as its name implies, is a board where the members elect the chair. The election is a nomination for the president’s appointment, so that presidential prerogative is observed; but it would be politically risky for an incumbent to appoint another.

A president cannot choose anyone outside of the NCCA board. But it is doubtful if Aguilar can even be a commissioner.

Membership in the NCCA board is either through ex-officio appointment or through chairmanship of any of the four subcommissions representing the private sector.

Aguilar has not been elected into Congress so it is dubious if he can represent either chamber in the NCCA. And unless he is appointed in the culture agencies of the Executive, he cannot be named on an ex-officio capacity to the NCCA board.

Of course, Malacañang could have asked the heads of the culture agencies to tender their resignations and cut short their mandated terms, but even if this were true, how could Aguilar be appointed in any of them?

Is Aguilar a history teacher like Maris Diokno to qualify him for the chairmanship of the NHCP? Does he know research and archiving enough for him to be named executive director of the National Archives, now occupied by Victorino Mapa Manalo, himself named after–and a descendant of–the second chief justice of the Supreme Court?

Aguilar is a minstrel and writes compelling Tagalog lyrics but does that qualify him for a seat in the Komisyon sa Wikang Filipino, headed by no less than National Artist for Literature Virgilio S. Almario?

Oh, but there’s a vacancy in the board–the corporate secretary or what is called in the NCCA law as the “executive director.”

The post is occupied at present by an officer in charge, NCCA old-timer Adeline Suemith, a Catholic religious and a very competent–and motherly–administrator who has however refused to be nominated for Malacañang’s permanent appointment.

So could Aguilar be named NCCA executive director? Alas, aside from his dubious administrative capabilities, Aguilar is past 65 years old and is not civil-service eligible!

But ALL of the executive officers of the national committees under the four subcommissions will also end their term on Dec. 31, 2016, so it is highly doubtful for Aguilar to become NCCA chair any time soon.

In addition, membership in the executive committees of the national committees in the subcomissions is decided by elections.

For example, if Aguilar wants to be a member of the National Committee on Music (NCM) under the Subcommission on the Arts (SA), he has to be elected by representatives of accredited music groups. Only then can he be elected head of the NCM and compete with other heads of arts committees under SA. If he becomes SA head, he becomes a member of the NCCA board and only then can qualify to run for NCCA chairmanship.

Aguilar should look to the case of his fellow musician, NCCA chair De Leon.

De Leon, a musician and humanities professor from the University of the Philippines in Diliman, was elected three years ago as member of the executive committee of the NCM and later, its head. He therefore competed with the heads of the other national committees under SA–literary arts (Christine Godinez Ortega), dramatic arts (Jazmin Llana), dance (Josefina Guillen), visual arts (Jose Alberto Tanedo), architecture and allied arts (Jose Danilo Silvestre), and cinema (William Mayo).

It is clear from a cursory glance that the heads of the national committees under the SA are formidable names in arts and culture. The same can be gleaned from the executive committee members of the other committees under the three other subcommissions (Heritage, Dissemination, and Cultural Communities and Traditional Arts).

All these artists and culture workers know their mettle and, as private sector representatives, they are zealous in protecting their respective disciplines and areas of expertise from petty politics and machinations.

In fact, the commission setup of the NCCA was created exactly for that–to protect arts and culture from the narrow and self-aggrandizing tendencies of much of Philippines politics.

As an artist, Aguilar should have known that it is politics that corrupts the artist, cramming his craft, and stifling the freedom that is needed for authentic creative expression.

Even if he does not agree with this vision, he should at least keep to his knitting or, applying the idiom to his peculiar situation, keep to his strumming. Art is art and politics is politics and the twain should not meet.

But of course even the artist is not inured from appetites–and these appetites can go inordinate–what theology calls the lust of sex, lust of self (vanity), and lust of ambition.

If all of this sounds familiar, it is because Aguilar has written about it in his immortal song about the prodigal son, “Anak.”

So paraphrasing from the last line of the lyrics of that song, perhaps we should ask of our self-trumpeted NCCA boss: “Freddie, ba’t ka nagkaganyan?”