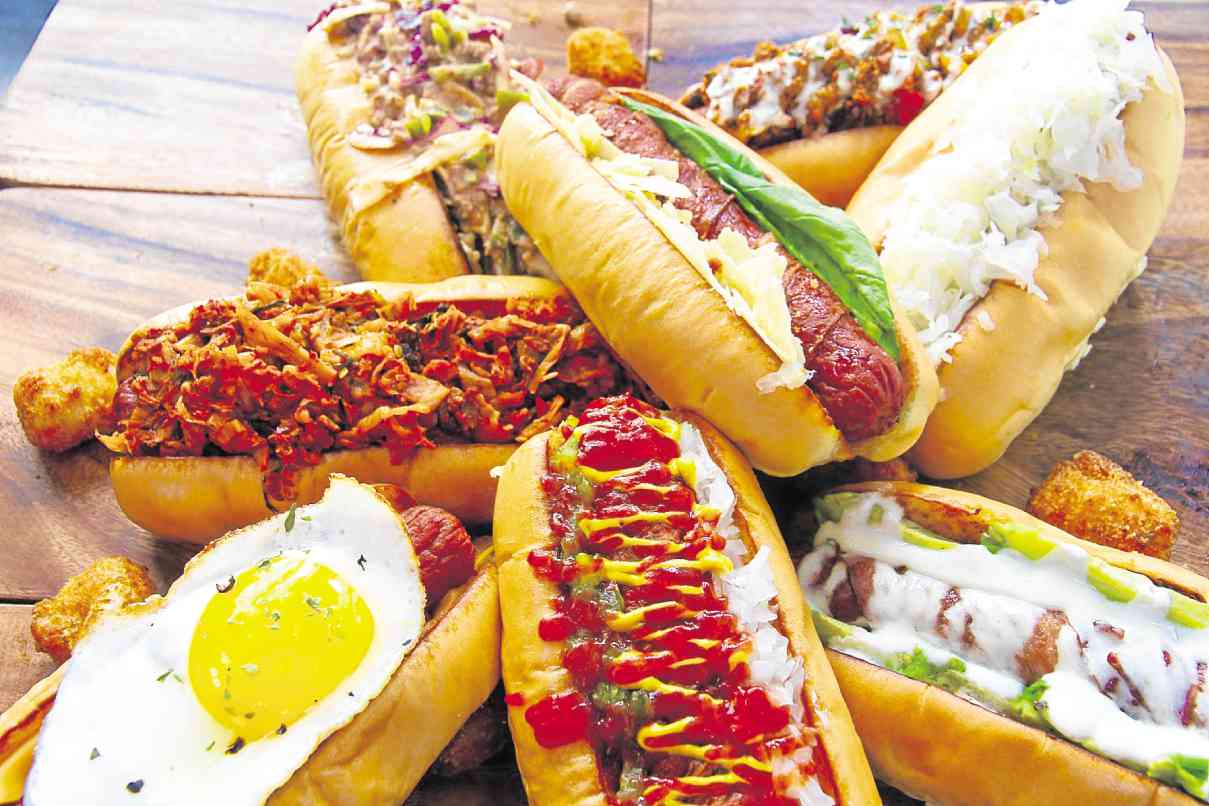 Lazy Bastard serves food as its CEO and founder, Patrick Cuartero, likes it. The menu harks back to New York, which Cuartero once called home.

He and his managing partner, Justin Qua, were inspired by the hamburgers of Burger Joint and the hotdogs of Crif, both in New York City, and made their own renditions in Manila.

Lazy Bastard’s burgers are not laden with fancy sauces or condiments. Opting to keep things simple, it focused on making the patty with quality ingredients and utilized proper cooking techniques.

I have not yet tried the char-grilled burgers that many people have been raving about. But here’s hoping they would be available soon at the UP Town Center branch.

For now, the hotdog is what my son Diego and I have developed a deep fondness for. The ultimate hotdog experience at Lazy Bastard begins with importing its 100-percent-beef hotdogs from New York.

The delicious sausage is tediously wrapped with bacon, deep fried, and sandwiched between a pillowy, buttery soft potato bun.

It is then finished and served, eight ways, depending on how the customer prefers it. Variants we have tried were sinfully tasty and delicious.

That he finishes two classic hotdog sandwiches on each visit, eating them with much gusto, is enough proof.

At Lazy Bastard there is a hotdog for everyone—for every taste, for every age, and for every mood.

I particularly liked the Honey Parmesan. Imagine a beefy hotdog, wrapped in crisp bacon, with generous shavings of Parmesan, a drizzling of honey and arugula in a warm bun—a merry blend of contrasting flavors in one bite.

I also enjoyed the kimchi hotdog—bacon-wrapped hotdog, heavily topped with kimchi that has been cooked in bacon fat, then capped with more crisp bacon bits! It was robust. Each bite was a satisfyingly bold mouthful.

Reading through the other variants on the menu makes me look forward to going back and sampling them all: Sauerkraut Dog; Good Morning Dog (runny egg and gooey American cheese); Chili Dog (special chili recipe with sour cream and melted cheddar cheese); Avocadog (avocado and sour cream); and Fat Salad Dog (chili mixed with crisp coleslaw and sweet and spicy jalapeño bits).

Qua described their business mantra: “We focus on making sure the core product is awesome (the patty, the hotdog, the chicken patty, etc.), and we take things to a ridiculous level from there.”

Its food, though seemingly complex, is simple: basic, classic combinations, to which the owners’ own unique touch is added.

What sets the experience at Lazy Bastard apart are the numerous options—the choice of toppings and condiments that are available with which the diner builds a sandwich, transforming ordinary fare into what the palate would define as satisfyingly indulgent.

As to why the place is called Lazy Bastard, Justin said in a matter-of-fact manner: “A Lazy Bastard is what you become after eating our food.”