#Cardboard Justice: Are you for or against the killings? | Inquirer Lifestyle ❮ ❯ 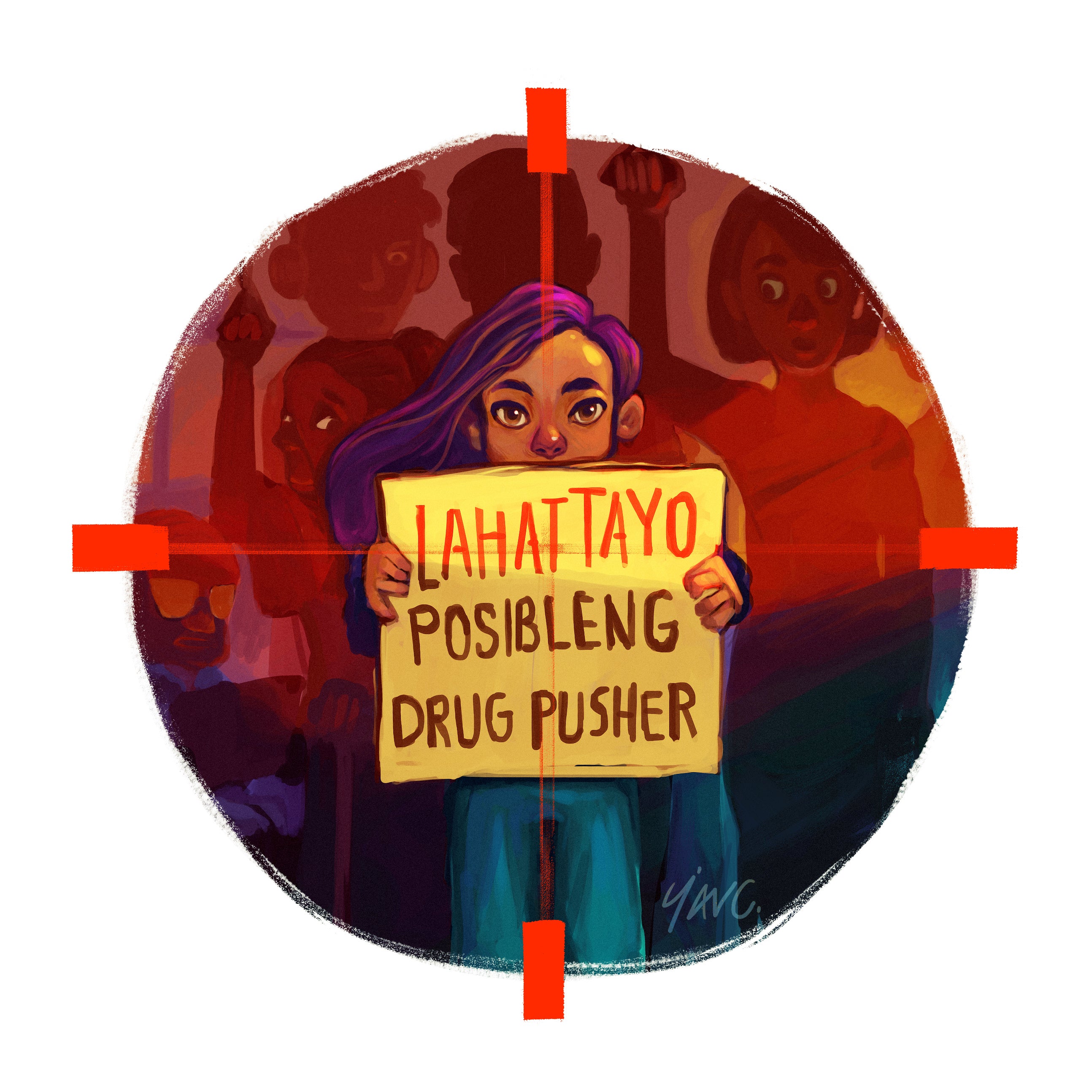 #Cardboard Justice: Are you for or against the killings?

By: Angelica Y. Yang; Student correspondent; University of the Philippines Diliman 04:59 AM July 23, 2016

FROM a University of the Philippines student wearing the sign “Lahat tayo ay posibleng drug pusher” to hundreds of netizens following suit, Cardboard Justice is making the rounds of social media. With #Card
boardJustice and gripping artwork of “pusher ako” signs taped on dead bodies, the movement has stirred discussions in schools and groups.

Conceptualized by Hope Swann, a teacher from De La Salle University, the Cardboard Justice Movement was triggered by a statement by Philippine National Police Director General Ronald dela Rosa in a news report: “Many have died… Do we stop now?”

“The idea for Cardboard Justice—the concept and the hashtag—came to me after reading that article,” said Swann. “I didn’t think of it as a movement yet, but I had the hazy notion that I couldn’t be alone—and that wearing the cardboard sign would allow me to find like-minded individuals who would inspire others to consider the injustices. Cardboard Justice is a small movement with most of its strength online.”

Adrienne Onday, a 19-year-old sociology major from UP Diliman, was inspired by Swann’s idea. Even without the support of powerful organizations, Onday used her network in the comics and music scenes to gather people to rally behind the Cardboard Justice Movement.

But the most important platform was social media.

“It’s the key element,” she said. “The way things spread online is unbelievable. You get one share, one retweet, one simple reaction, or one message of support, and it literally goes everywhere. I think it’s that kind of networking that made things happen.”

Netizens, such as 18-year-old Rian Magtaan, was among those who saw Onday’s post. “Kumbaga nagsilbing mitsa iyon para gumawa ng apoy (It was the fuel that ignited the fire),” he said.

Seventeen-year-old Kristin Subido, a friend of Swann, agrees with Magtaan, adding that no one deserves to have their human rights violated. “We can’t keep turning a blind eye to these deaths. Think of the families and loved ones of those who have been inhumanely killed.”

An advocacy powered by hashtags and provocative artwork from supporters, Cardboard Justice has also drawn criticisms.

For Admin Michael, administrator of Bisayaball, an online satire meme page that represents Visayan culture, the Cardboard Justice Movement is heavily based on the lofty Western ideals of “social justice.”

“It is an effective online campaign as it traces its roots to university students, the educated class. Its most prominent message is that of antivigilantism; the presumption of innocence. In theory, there is nothing wrong with such a movement.”

Admin Michael continued: “I understand that this movement is against vigilantism, not against lawful police operations. But laymen will not know the difference. The unwanted effect is that this movement will run counter to the campaign against drugs and criminality. And people, especially those who wish to destabilize the government, will hijack the movement into a rallying call to stage a mass student disobedience against the government.”

A number of netizens have gone as far as leaving biting comments on Onday’s Facebook and Instagram accounts.

“At first, it was fine,” she said. “I welcomed the expression of opinions and discussions. But it gets hard when they really do not want to listen. It’s especially terrifying for me now because a lot of people think I am against President Duterte, when I’m actually against the killings.” One Facebook group even posted angry open letters, “sh*t posts” and threats of harm against her.

But Onday remains undeterred. For her, sharing information and expressing solidarity online have been good for the advocacy. “I get a lot of people messaging me, telling me they respect my courage and support me all the way. They wished they were as brave as me so they could also support the cause. I always tell them, ‘We fight in our own way,’” she said.

‘Not about President Duterte’

Meanwhile, Admin Michael says the President is no stranger to student movements; eventually, he will respond as he normally does—with the Filipinos’ interest in mind.

“What I want to see is a change in the youth’s perception on the new establishment,” says the online administrator. “I hope the President will find an ally among the students who can help stop vigilantism as well as crimes targeting ordinary citizens. We need to get our streets back.”

“I have no illusions about my place in things,” said Swann. “Cardboard Justice isn’t about President Duterte, as he isn’t the be-all-and-end-all in Philippine government. It would be great if he addresses the vigilantes and tells them to stand down. A lot of his more aggressive supporters are also his most vocal ones.”

For Onday, President Duterte should bring the drug war to the drug lords themselves, rather than the small fish. “Those who are executed aren’t well-dressed or even wearing shoes. They’re usually in T-shirts, pants or shorts and slippers. There appears to be a bias against the poor.”

Instead of an all-out war on drugs, the President should focus on the root of the problem, said Onday. “People wouldn’t sell drugs if they didn’t have to. If people had the opportunity to live a safe and dignified life, they would. But they don’t have that choice. I hope the President realizes that.”

Swann hopes for three things: That the judiciary system is reformed, so that we may fully believe in the legal system which ensures fair trials; that the Department of Health increases the number of its drug rehabilitation centers; and that our penitentiary system exercises fair and equal treatment of all prisoners.

For Onday, the most important thing for people to know is that they are not alone. “We’ve all got the gun powder,” she says. “We just need that spark.”