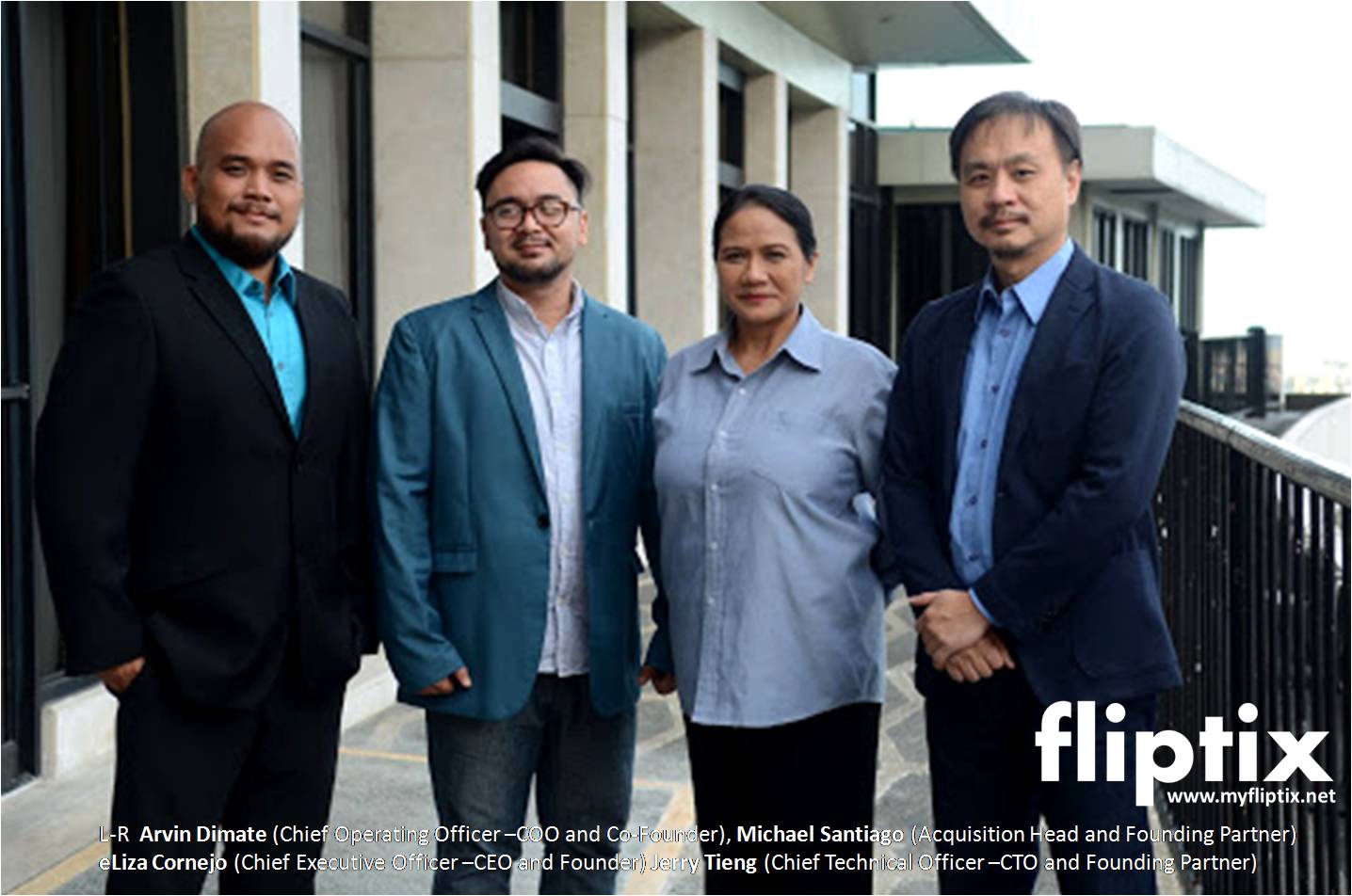 Fliptix was one of the top 15 finalists in the recently concluded Ideaspace Startup Competition 2016. More than six hundred tech startup wannabes joined during the application period. Only fifteen were blessed with an opportunity to pitch their startups before a chosen esteemed panel from the PLDT Group of Companies.

Fliptix is ushering in its first line of service which is a cinema-on-demand booking engine that uses a group buying platform. Through the Fliptix demand system audiences can now request for film titles they prefer to watch. The Fliptix cinema partners on the other hand accommodate requested screenings since they are assured of seat sale. Fliptix founderse Liza Cornejo and Arvin Dimate have been in the film industry as producer and distributor, respectively, for more than ten years. Experiencing the plight of indie film producers as well as the revenue challenges of cinemas and the accessibility problems of schools for educational film titles, Cornejo and Dimate painstakingly designed the process flow of an online system that can create a mutual beneficial relationship among the three segments. It is their hope that Fliptix will finally bridge the gap between the films, the cinemas and the schools.

Cornejo further explained, “Demand (cinema-on-demand) is just the start. We have more solutions for other viewing needs of the general audiences. Fliptix is anything and everything but streaming. Only a small percentage of the world’s population has access to high speed internet. Fliptix wants to help the disenfranchised majority to gain access to highly recommendable and educational films that enhance learning.”

“The teachers and school administrators that I have been servicing for eleven years have made film viewings a staple school activity for their students. These educators know that films have the power of transporting a person’s complete sense of being into a different world giving the viewer a learning experience that stays with them longer. Because choosing educational films is just one step, providing the right film viewing experience is another. This is the reason why the cinemas will always be the right venue for providing an effective film experience,” Dimate added.

Cornejo and Dimate partnered with Titanium Technologies CEO, Jerry Tieng, to develop the Fliptix online platform. According to them, finding a most fitting tech partner was not an easy task considering most tech geeks are young and are always focused on the proverbial unicorn. Fliptix needed a tech partner that is matured enough to comprehend the community that Fliptix needed to service.

Fliptix will roll out very soon. Even if its demand service introduces a new process of film programming in cinemas, Fliptix disrupts peacefully.  ADVT.