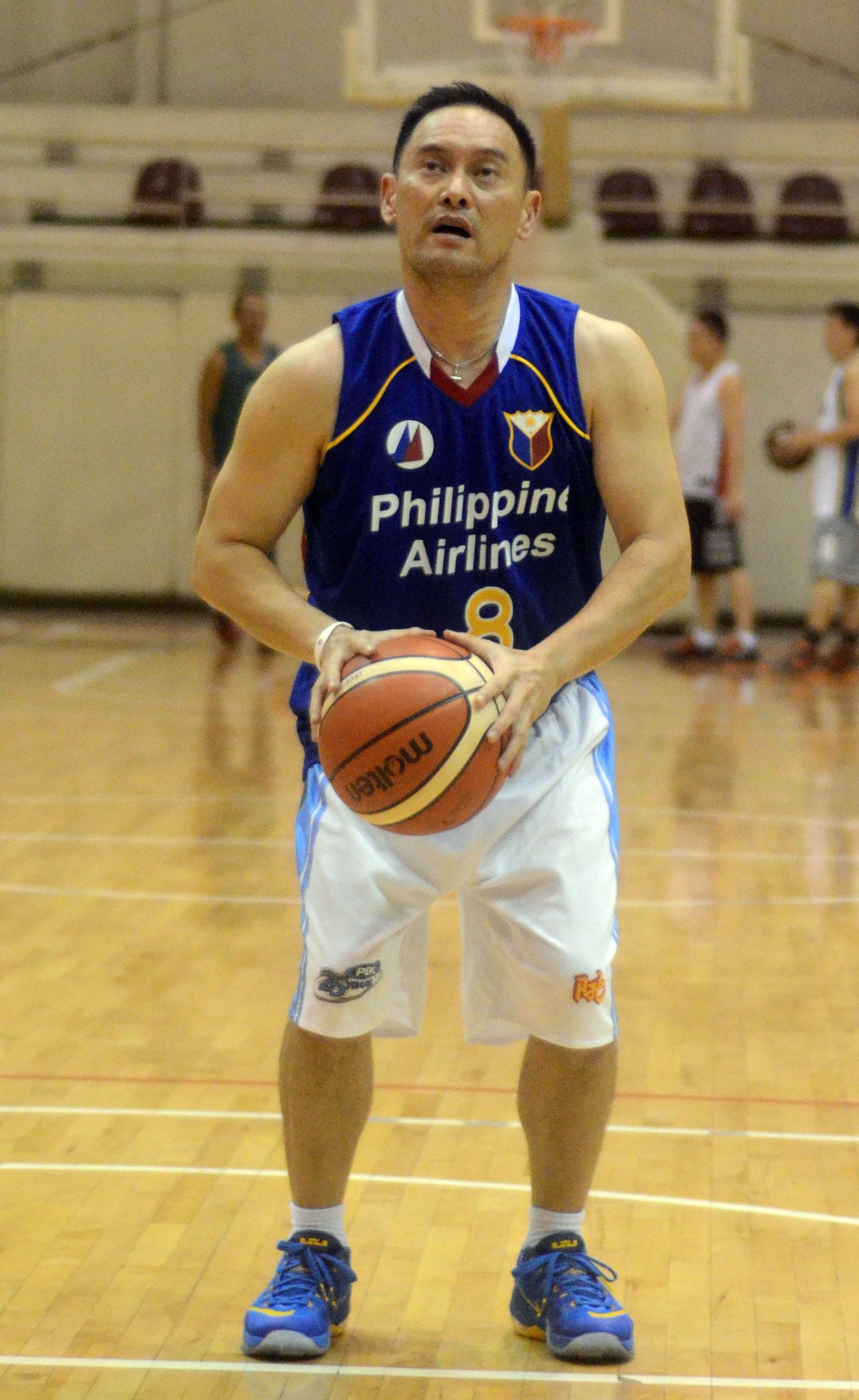 How Lucio Tan Jr. remains a competitive baller at 50

At age 50, industrial scion Lucio “Bong” Tan Jr. still competes in basketball tournaments, and doesn’t mind playing against cagers half his age. At 5’9” he shoots with ease.

“I may be against younger, taller, faster and stronger players, but I can beat them by experience,” says Tan, a shooting guard. “You pass the ball around, try to get open, and know the right screens and cuts. This comes with time.”

Longtime trainer Jonnel Cruz points out that Tan is an excellent ball handler whose perfect timing, coordination and reading of the defense always throw off his opponents.

“He’s a three-point shooter,” says Cruz. Tan can drive the ball to the basket for a lay-up despite a back problem.

While his father, taipan Lucio Tan, plays golf like a ritual, Tan is passionate about basketball. He strikes a balance between  his work at the Lucio Tan Group of Companies, Philippine Airlines, Philippine National Bank, Eton Properties, Tanduay Distilleries and the LCT Power Corp., and cross-training and sports.

“Basketball is the best exercise for me. I like the sweat and the intensity. I enjoy the camaraderie with the team which I lead. You can look at it from any angle—fun, a test of skills or a mind game like chess,” says Tan.

His passion for sports was cultivated in childhood. He was a member of the national swimming team at 12. When kidnapping was rampant, his father sent him to Singapore for high school.

“In Singapore, you either played soccer or table tennis,” he recalled, ending up with the latter. But he also took up basketball.

He was then sent to the Language Institute and Beijing University to study Mandarin. When he joined the university’s basketball team, he felt he got the training of a lifetime. The workouts included drills that prepared the player for basketball’s sudden bursts of movements and their varying intensities, along with zigzags that developed agility and quick footwork.

When he studied Civil Engineering at the University of California, Davis, Tan could easily play against bigger players.

He finds more variety in basketball than endurance sports. “Davis is the cycling capital of America. I would cycle to school every day for four years. I got tired of it,” he says.

He was at the top of his game in his 30s, scoring an average of over 100 points. In midlife, his average score is 30. Up until his mid-40s, he could play two or three games a day.

He joined several commercial basketball leagues, and swam and worked out after office hours. Hence, his  program focused on rehabilitation for spondylitis, an inflammation of the joints on the lower back and, subsequently, being fit for basketball and its explosive movements.

Today, his workouts are geared for his executive lifestyle. His exercises focus on muscle conditioning and strengthening the muscles that support his back. His daily routine includes a one-kilometer swim in 30 minutes.

His trainer gives him workouts that provide unstable resistance such as The Surge, a long, water-filled tube, in which the weight changes according to how it is held. The constant shifts of mass challenge the trunk and the surrounding muscles that stabilize the joints.

“It can throw you off-balance,” says Tan. The muscles are forced to work harder and become more efficient.

Then there is suspension training, which uses cables to enable the individual to hang and use their body weight against gravity-defying exercises. The ViPR (Vitality, Performance, Reconditioning) is a tube that one lifts, swings or throws around for full-body training.

Exercises using these tools prepare the core muscles, hips and legs for Tan’s game, and also help him reduce exhaustion during long games. These are complemented by  dumbbell and barbell exercises.

Although Tan enjoys good food and wine, he avoids deep-fried items, meat on Fridays, animal skin, soda and smoking. He sleeps at midnight and gets up at 5 a.m. ready for another long day.

Tan’s advice for midlifers: “At this age, you might have problems in the neck, back or knee. Know your body and treat it well.”