How the ‘titas’ of Manila attack a buffet | Inquirer Lifestyle ❮ ❯ 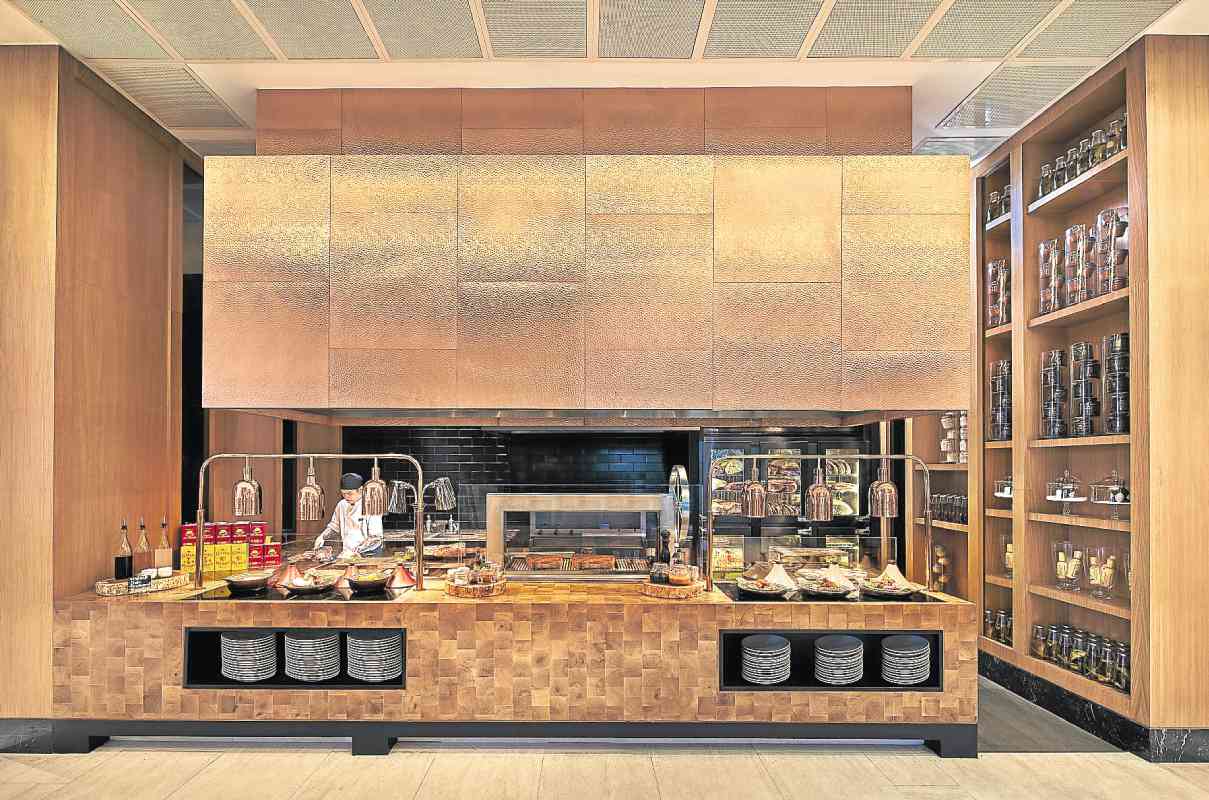 How the ‘titas’ of Manila attack a buffet

The Titas of Manila strike again. Or actually, make that the aunties of Manila; in the proper Chinese-Filipino tradition, any woman to whom respect must be accorded is automatically an auntie, and when it comes to credit card promos, airline sales, maximizing senior citizen discounts, checking the bill and finding discrepancies, and discovering new Chinese restaurants and lunch buffets, the Chinese aunties have maximum efficiency and dissemination skills.

We can’t complain too much, though, because over the years we have benefited from the organizational prowess of my Chinese aunties, and now that we have children, my wife, albeit reluctantly, has been forced into the role of auntie (though, of course, she’s not an ordinary auntie, she’s a cool auntie).

It was she who discovered High Street Café, the casual dining area of Shangri-La at the Fort. Although the menu is unprepossessing if you’re just dropping in during the week, the weekend buffet is fairly spectacular.

But you must be fast, because when the bell goes off at 12 noon on Sunday, you are in competition with all the other aunties, who have been scoping out the buffet since they walked in 15 minutes earlier.

As if using miniature models and figurines, they have already charted out their battle plans, and they know where the seafood and the roast beef are.

Pasta, fried rice and baked potatoes get a big red line drawn through them, and woe to any family member who dares fill up their precious stomach space with anything that’s not a prime ingredient.

As long as you can politely but firmly lunge forward to the head of the queue, this is one of the more delightful buffets in town. There is a veritable smorgasbord of cold seafood, very fresh and laid out in crushed ice, including a mixed-to-order kilawin station.

It’s beside a mound of crab claws stuck in ice; again, be fast, because by 12:30 most of the giant, plump ones are gone and you’ll be stuck with the thin watery ones.

Cold prawns are one of the hits of the cold station; you have the option of having them grilled, plancha-style, but it’ll simply taste like a cold prawn that’s been warmed on the grill, rather than an actual grilled prawn. Have them cold, preferably dipped in a little mayonnaise.

The Japanese sashimi station has a nicely cut (not hacked into very thin, dead-looking pieces) bluefin tuna, with a spicy mayo version as an alternative. The sushi counter can give you pieces of not just salmon, but squid and mackerel as well, and if pressed they can make up various maki rolls for you.

I was waiting in line, and the woman before me was teaching the chef how to make a proper California roll: “More mayonnaise. More! Yaaan. Very good. Now the roe. More! More! Yaaan.”

I decided to come back later.

There was actually so much food that I can’t remember most of it. My children enjoyed the lechon kawali wrapped in crepes like Peking duck or pritchon, with lechon sauce instead of hoisin.

Surprisingly enough, the “wholesome” aisle was very well-attended: excellent quinoa, lavash flatbread, more Parma ham and carpaccio than you can stuff yourself with, and a generous selection of cheeses.

The dessert selection is by far the best I’ve ever encountered: macaroons in interesting flavors, Filipino kakanin, taho and chocolate lava cake. How far the lava cake has fallen, from the three-star Michelin tables to a while-you-wait option at the dessert counter, but such is the cycle of the food world, and one day Alain Passard’s signature tomato dessert will be given the hack treatment at an uppity buffet somewhere in the world, if it hasn’t already.

The lava cake comes with your choice of ice cream. I opted for ricotta orange, but my fellow tito went for the burnt rice, presumably because he thought that it sounded exotic and couldn’t possibly taste like burnt rice. It did.

It’s absolutely imperative, though, to come early and be quick, because a lot of the good stuff doesn’t get replenished. Another of the more annoying aspects of service is that any plate that you aren’t physically holding down will be whisked away when you’re not looking, or if they manage to distract you.

My wife had just sat down with a hot, steaming plate of beef and gravy, and had just cut her first slice, when a waiter popped out of a trap door and attempted to take it away while her fork was midway to her mouth. Also note that children don’t pay full rates but are not free, as elsewhere.

And, most annoyingly, parking is not free even if you eat in the hotel. They charge by the hour, plus a valet fee.

Sometimes we have to remind ourselves of simple, uncomplicated truths. On Sunday, when we went, this newspaper published a gruesome scene of a summary execution on its front page; of course, our children asked what it was.

We explained that it was a murder, and that murder was bad. Some home truths are far simpler than we make them out to be: that the war on drugs is antipoor, that apparent vigilante killings might be the show of force of an authoritarian government. Killing is bad, and we have to believe what we tell our children.

And so it goes for the buffet. There are simple rules to follow: Don’t cut in line, don’t hoard food, don’t bully the station chefs, get only what you can finish, don’t be greedy.

And if everyone observed the rules, there would actually be enough for everyone, and a good buffet would be the wonderland it’s supposed to be, and not a frantic race against the clock and your fellow diner. Even Chinese aunties, after all, have to set a good example.