Be the first to get your hands on ‘Harry Potter and the Cursed Child’ | Lifestyle.INQ ❮ ❯ 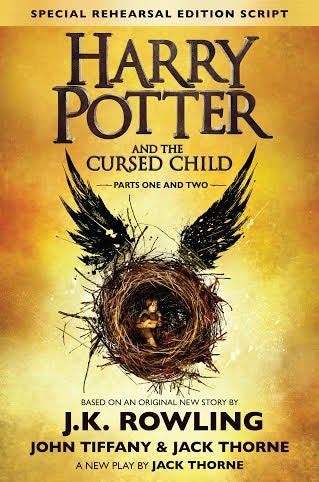 It’s a big week for Potterheads.
First, “Harry Potter and the Cursed Child,” the new play by Jack Thorne based on an original new story by J.K. Rowling, John Tiffany and Jack Thorne, will make its debut at London’s West End on July 30.
The play, the first official Harry Potter story to hit the stage, will give fans a look at the life of an adult Harry Potter, now an employee of the Ministry of Magic. Get to know his three children, too, including youngest son Albus, who is struggling with his family legacy.
Second, “Harry Potter and the Cursed Child Parts One and Two (Special Rehearsal Edition Script): The Official Script Book of the Original West End Production” will be released worldwide on July 31—Harry Potter and J.K. Rowling’s birthday. In the Philippines, the script book will be available exclusively at National Book Store (NBS).
Potterheads in the country get a 10-percent discount if they preorder at any NBS branch or through www.nationalbookstore.com until July 30.
NBS and Scholastic Asia will celebrate the release with a box-opening ceremony at NBS Glorietta 1, 7:01 a.m., on July 31. Hogwarts Philippines will also be there for special games and activities starting at 11 a.m.