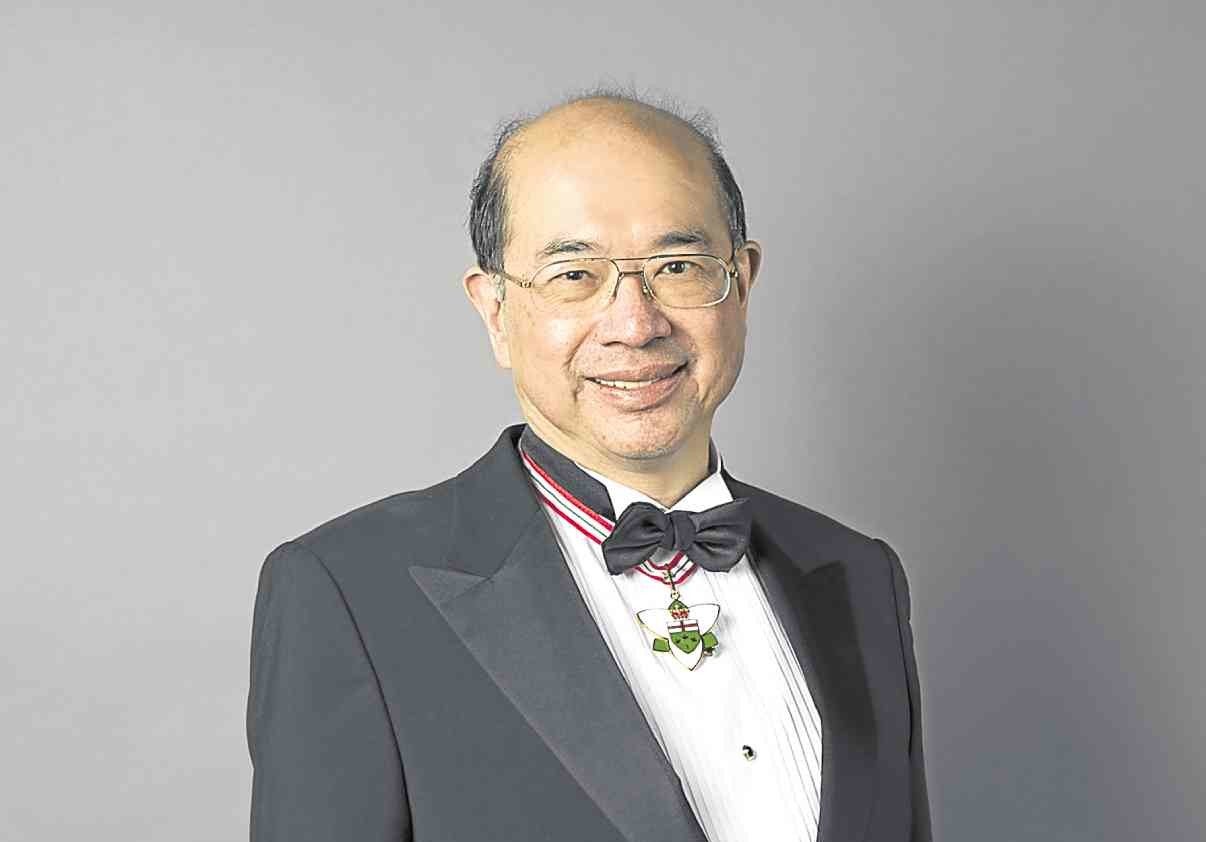 DR.HERBERT Gaisanowears the prestigious Order ofOntario. His achievements were recognized by the 2013 Nobel Prize laureate in medicine as fundamental to advancements in the treatment of diabetes.

DR. HERBERT Gaisano, a multi-awarded gastroenterologist and alumnus of the University of the Philippines (UP) College of Medicine, received earlier this year the Order of Ontario, the Canadian province’s highest official honor, in an investiture ceremony held last January at the Ontario Legislature in Toronto.

The Order of Ontario recognizes current and former Ontarians whose work in their respective fields benefited the province or any part of the world.

The citation for his provincial knighthood reads:

“Dr. Gaisano is one of the world’s leading gastroenterologists, and an innovator in life-changing research into diabetes and pancreatitis—conditions that affect millions of Canadians.”

He has dedicated his work to the fight against diabetes by exploring this pervasive illness and seeking new treatment strategies.

Gaisano and his colleagues were the first to identify how SNARE proteins, fundamental elements in secretion, could be distorted to cause such diseases—groundbreaking work which has placed him among the top five researchers in the world, and first in Canada.

His achievements were recognized by the 2013 Nobel Prize laureate in medicine as fundamental to advancements in the treatment of diabetes. He is also dedicated to supporting medical education in the Philippines.

He has been recognized for his contributions to gastroenterology, including Outstanding Scientist and Young Investigator Awards from the American Gastroenterology Association (1994), Canadian Association of Gastroenterology (1997, 2010) and American Pancreatic Association (1994); his contribution to diabetes research was recognized with a Queen Elizabeth II Diamond Jubilee Award in 2012 and a Mary Jane Kugel Award from the international Juvenile Diabetes Research Foundation in 2003. Gaisano holds a US patent on a new molecular target for antidiabetic drugs.