In the mood for boogie-woogie | Lifestyle.INQ ❮ ❯ 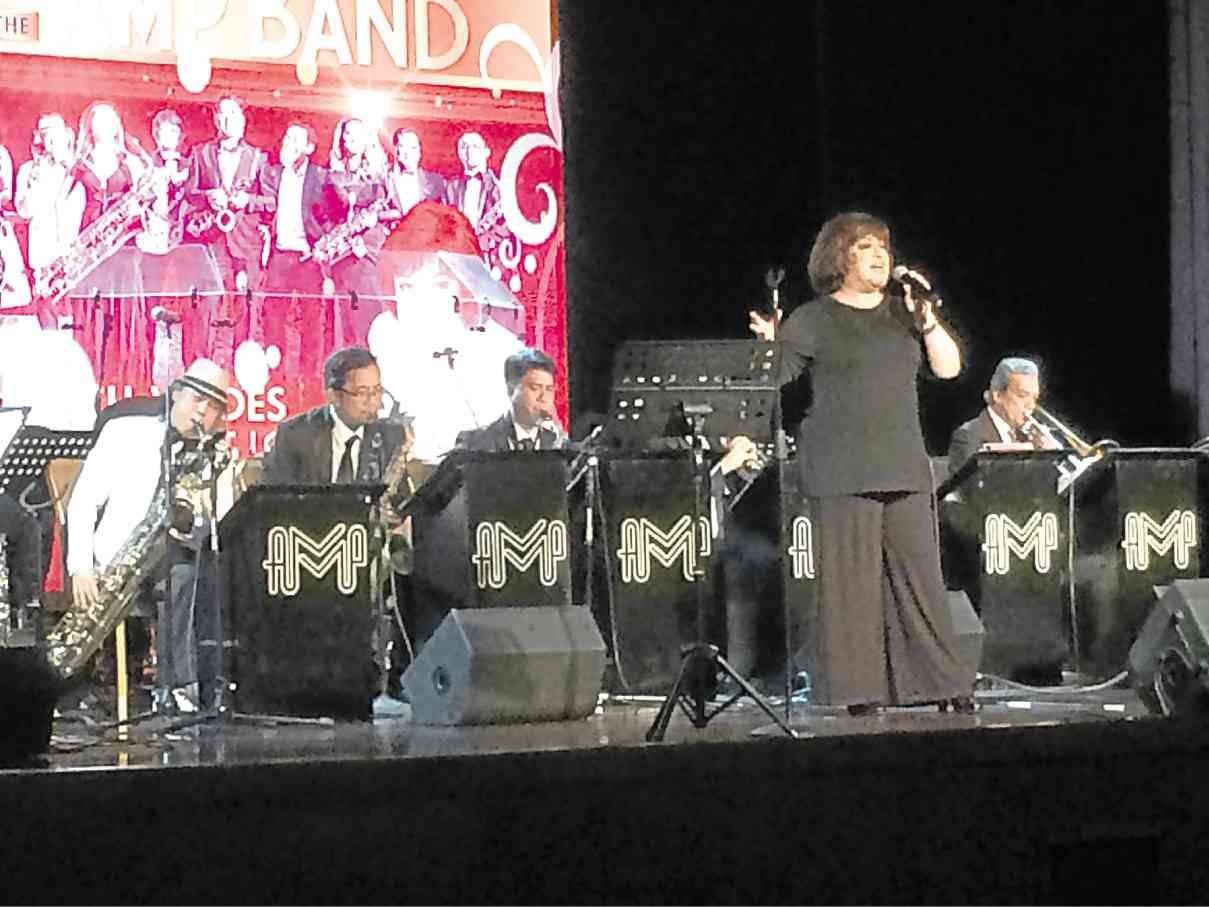 In the mood for boogie-woogie

It’s a scene straight out of a Scorsese film—you enter a casino, walk past people playing at the slot machines and card tables, and your ears catch bouncy, brassy music from a bygone era.

But it’s for real—the casino is Solaire, and the music is played live at Eclipse Lounge by the AMP (Asosasyon ng Musikong Pilipino), composed of the country’s top session musicians led by multi-instrumentalist and conductor Mel Villena.

The crowd is from different age groups, young, middle-age, seniors, all here to unwind to big band music—the pop of the 1930s, ’40s and ’50s, just before Elvis came swaggering with rock ‘n’ roll, but nonetheless ageless with its swinging, boogie-woogie beat.

Martin Nievera is here, visibly happy while saying that this is what he loves, what he’s been wanting to do in Vegas, except that it’s a bit expensive to hire a big group of US-based musicians.

Onstage, all AMP members look sharp in their black suits, while bandleader Villena opts to wear white with matching hat and two-tone shoes.

The music—featuring Gail Blanco and Mitch Valdes (still full of wit and humor) on vocals—is actually a mix of standards (“The Lady is a Tramp,” “My Funny Valentine”), Broadway (“Rose’s Turn” from “Gypsy,” “Jesus Christ Superstar”), ’70s R&B (“Play That Funky Music,” “You Made Me So Very Happy”), a dash of OPM (“Noypi,” “Waray-Waray”), all of which are rendered in lilting fashion, so much so that when the band plays “In the Mood,” a good number of couples head to the dance floor to shake their hips. Pocholo Concepcion