It’s all about the shoes | Inquirer Lifestyle ❮ ❯ 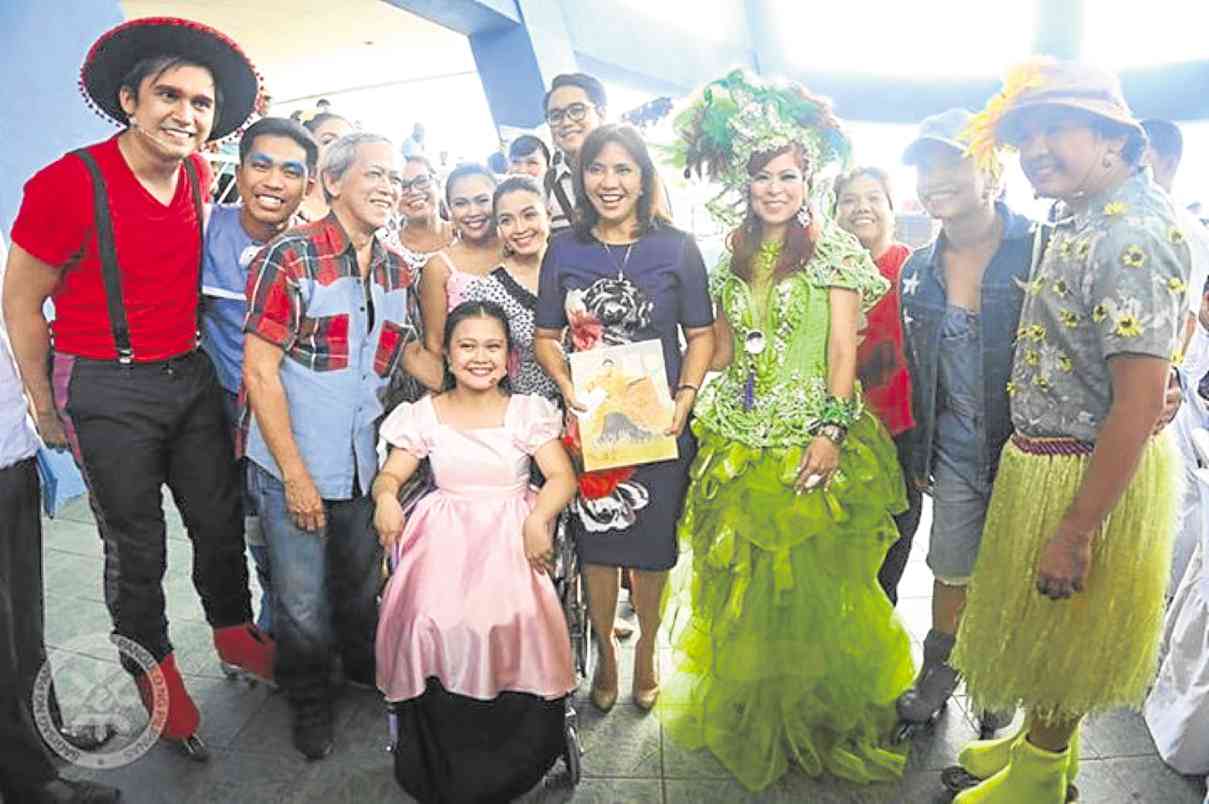 It’s all about the shoes

POLITICS is not my cup of tea. Although public service is in our family’s blood, with several relatives serving in various past administrations, I believe I can do my best by focusing on charity, completely outside the political arena.

The annual Red Charity Gala, which I love organizing together with my cochair Kaye Tinga, allows us to support several organizations that uplift and improve several sectors of society, arts and culture.

One of these is Tanghalang Pilipino (TP), a nonprofit organization that promotes Philippine theater. I’m proud to be a fellow donor to TP alongside its biggest donor, Tonyboy Cojuangco.

As part of its 30th season, TP recently staged “Sandosenang Sapatos,” an adaptation by Layeta Bucoy from Doc Luis Gatmaitan’s book of the same title. It tackles the incomparable love of a father for his differently-abled child.

“Sandosenang Sapatos” recently concluded its tour with Unicef, SM Cares and Camera Club of the Philippines for National Disability Prevention and Rehabilitation Week, held at SM Mall of Asia and SM Clark.

Two theater seasons ago, I “performed” with the cast as the “Diwata ng Mga Sapatos” or the Shoe Fairy, when the musical production turned into a comedy skit, thanks to my not-so-musical talent!

For the SM MOA production, I left the Diwata singing to TP artist Hazel Maranan. I was just delighted to be in costume again and meet Vice President Leni Robredo for the first time.

It was quite fitting to have an event and musical production with the same theme—shoes! Several months ago, Risqué Designs founder and designer Tal de Guzman asked if we could collaborate and create a shoe collection based on my love of the ocean.

The Amansinaya Collection was the amazing highlight of a mini pop-up charity bazaar at my home. Carved wooden heels, Negros hablon, laser-cut genuine cow leather, pearls and beads are just some of the materials used in the creation of the latest shoe collection of Risqué. Each handmade pair is custom fit and meticulously crafted.

Our kitchen was converted into a De’Longhi showroom, where the impressive coffee machines and ice cream makers were displayed. The incredible machines were recently launched at the new Shangri-La at the Fort.

De’Longhi’s regional manager-Southeast Asia and Pacific, Vincent Cheng, gave a hands-on demonstration about the advanced technology of this featured coffee machine to local celebrities like Inah Estrada and Patty Laurel-Filart. I was also quite impressed with the De’Longhi ice cream maker and the rest of the line of this quality brand.

On the same day and also at the Shangri-La at the Fort, the new Philux Home showroom opened its doors with live jazz music, hors d’oeuvres and bubbly. Philux began as a passionate endeavor by its founders, Max and Zelda Kienle, inspired by their love for country, fascination for local Philippine materials, especially wood, and commitment to excellent quality.

Philux Home is a lifestyle showroom that blends curated accessories for the home with Philux’s furniture pieces. Made from locally sourced materials that are mostly manufactured by hand, Philux Home’s furniture and décor, embroidered textiles, scents, paintings, and its first line of furniture for kids called Little Philux are all meticulously made.

Through this new venture, the second generation is at the helm, with pretty sisters Stephanie Kienle Gonzalez as vice president for sales and business development, and Jessica Kienle Maxwell as head designer. Philux Home held a press preview in the morning with editors, bloggers and writers. The cocktails continued with VIP friends of Philux, designers and personalities gracing the occasion.

Another interesting affair I attended was the first international symposium on urinary tract infection (UTI) hosted by Cathay Drug and Zambon Italy. Four international experts and two of our best infectious disease doctors shared their expertise on the management of this common bacterial infection.

During the symposium, a breakthrough prescription drug called Monurol (generic name is Fosfomycin trometamol) was introduced.  It is a single-dose antibiotic breakthrough treatment. I was truly enlightened and am now more knowledgeable about the subject.