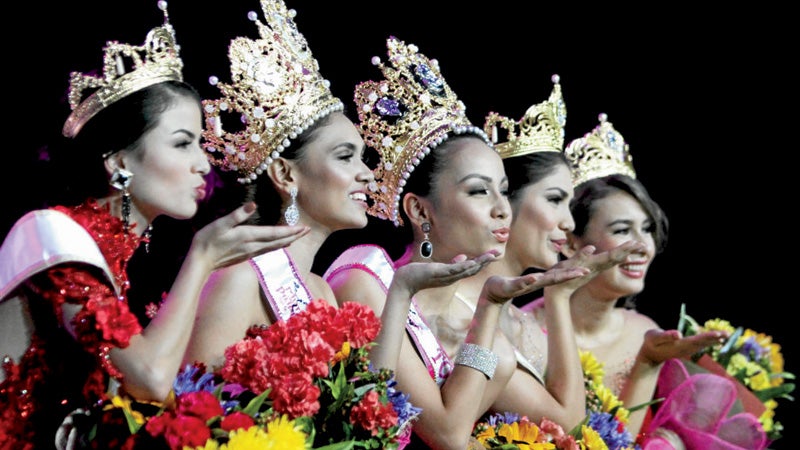 GREAT things come in small packages, as proven by the two new Mutya ng Pilipinas titleholders who stood tall in the competition even though they were among the shortest contenders.

They even amassed most of the special awards in activities leading to the finals.

She will represent the country in the revival edition of the Miss Asia Pacific International pageant later this year.

“It was really hard for me to compete against 1.75-meter (5-foot-9) girls. Being one of the shortest, I guess I just had to play up my confidence,” Krishnan told the Inquirer after her coronation.

San Jose agreed: “We proved, Ganiel and I, that height doesn’t matter. As long as you have confidence and determination, and you are strong-willed, you’ll get noticed even if you’re one of the shortest.”

The two also gave impressive answers during the interview round, in which the Top 10 contenders were asked to share their thoughts about issues concerning “millennials.”

Discussing “tourism,” San Jose said: “We all know that this is important in every country, especially the Philippines. It will help raise the standard of living because of its effects on the economy. It also shows how we [are seen by] other countries. Like me, I am an ambassadress of my region. I exemplify the beauty, charm and warmth of Calabarzon (Cavite, Laguna, Batangas, Rizal and Quezon).”

“In today’s society, people objectify beauty through good-looking people and a perfect body. But let us be reminded that inner beauty is true beauty. We should all know that beauty of the face can last for years, but beauty from within, like our personality, can last a lifetime,” said Krishnan, a sportscaster for ABS-CBN Sports & Action channel.

Both beauty queens received a two-year modeling contract from Viva Communications Inc. and unlimited flights for one year from Skyjet Airlines.

They also earned the distinction of wearing the new crowns designed by Hoseki and valued at P220,000 each. The huge ornate pieces, crafted in gold and embellished with pearls, were introduced in this year’s edition.

Five other overseas-based candidates participated—Cassandra McDonald from Australia, Mayu Murakami from Japan, Ann Lauren Ose from Scandinavia, Maeryhnella Umayam from the United Kingdom, and Jurice Encarnacion from Canada, who was voted Miss Friendship by fellow candidates.

Inquirer Lifestyle columnist Tessa Prieto-Valdes was one of the judges. The Philippine Daily Inquirer is a media partner of the 2016 Mutya ng Pilipinas pageant.