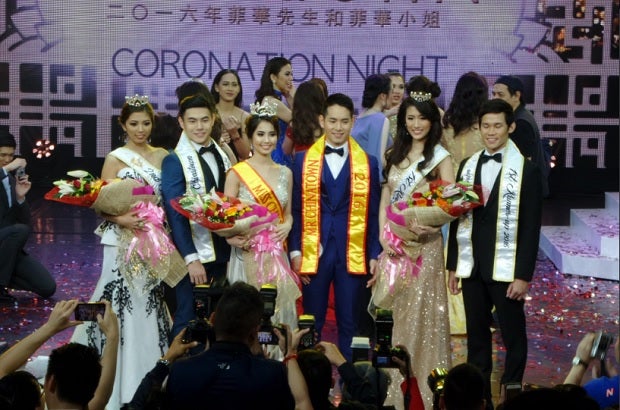 Having the best bodies helped clinch titles in the 2016 Mister and Miss Chinatown pageant as the best in swimwear in both the male and female divisions emerged as the winners at the culmination of the ceremonies staged at Resorts World Manila’s Newport Performing Arts Theater in Pasay City on Sunday night.

Recording artist Shirley Vy and education advocate Jan Louie Ngo not only topped the pageant’s swimwear competition, they also bested 28 other aspirants for the coveted titles, which came with a P200,000 cash prize.

Vy was also proclaimed as Miss Chinatown Oriental, making her the new ambassadress of Oriental Group with a P200,000 prize. She also received P300,000 worth of services from Montesa Corp. as Miss Chinatown Shimian.

Both winners will embark on a year of promoting and preserving Filipino-Chinese culture and heritage. Vy shall also represent the Philippines in the Miss Chinese International pageant in January 2017.

Lim was also proclaimed as Miss Philippine Airlines, giving her P100,00 worth of flights from the carrier, while Chua got P300,000 worth of services as Mister Shimian.

The coronation night will have a delayed delecast on ABS-CBN on Aug. 7, after “Gandang Gabi Vice.”