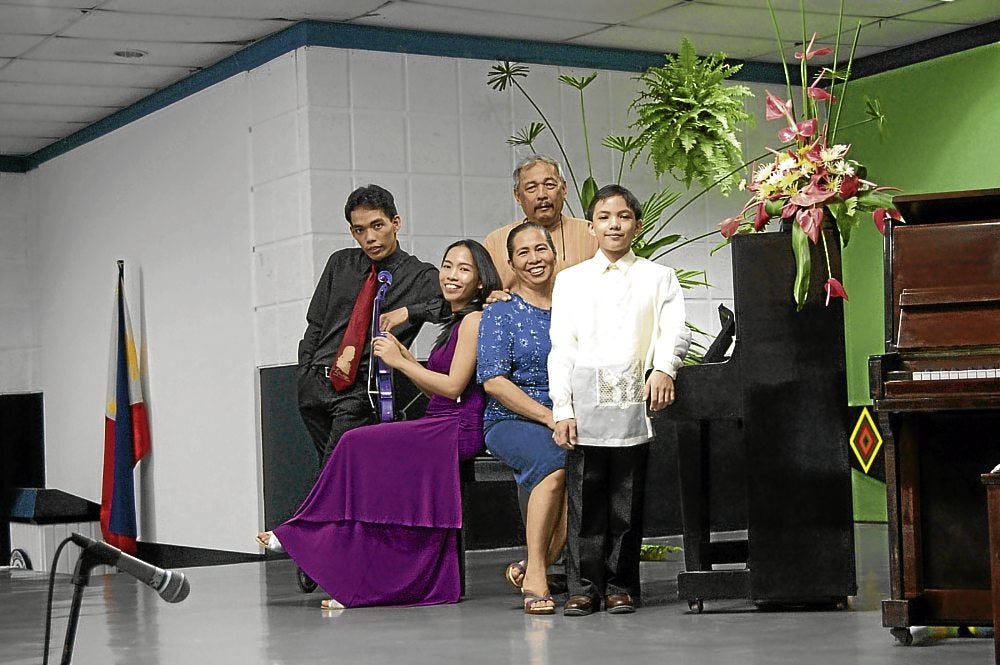 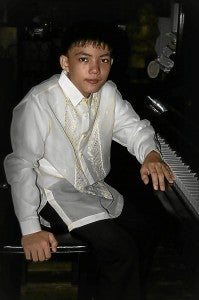 Misha Romano will debut at the UP Balay Kalinaw Intimate Concert Series on Nov. 26, 5 p.m.

He will perform works by Chopin, Debussy, Beethoven, Clementi and the Haydn D Major Concerto with his sister, Miracle, on the second piano. Miracle herself was a Namcya prizewinner at age 11.

Misha is from the artistically inclined Romano family of Dipolog City.  The patriarch, Didi, is a painter who used to work with the Visual Arts Department of the Cultural Center of the Philippines in the 1980s.

When I visited the Romano family in the Estaka district of Dipolog years ago, my interest was drawn to the then 8-year-old Misha who played the Clementi sonatina with a mature and confident touch.

Misha grew up with a brother and sister who are piano teachers. Sister Miracle recalls that at age one year and eight months, when Misha could barely reach the piano keys, everyone was surprised to see him tiptoeing up to play the Suzuki Twinkle Exercises he heard almost daily from the students.

At that age, he loved to mimic his elder siblings playing Tchaikovsky and Gershwin concertos, surprisingly on the right octaves.

Misha’s mother Marietta recalls that during her pregnancy, and even in his first three years, her two grown-up children were then learning Tchaikovsky and Beethoven concertos and sonatas. So that was the music heard in the house the whole day. 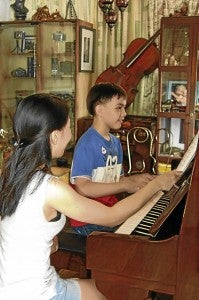 The family was further surprised that Misha could give the right pitch of the sounds he heard around him.

Misha started to have formal lessons at age four, but he was already playing simple pieces by ear even before that. He also learned to read and memorized notes relatively fast.

Misha learned and memorized the Haydn Concerto within a few months. He is now studying Mozart’s Piano Concerto No. 20 in D Minor, K. 466.

His first public performance was in 2005 of his sister’s annual students’ recital. As Mira recalls, Misha displayed ease and comfort on the stage without any trace of stage fright.

Indeed, Misha’s first four years in formal music training was quite amazing since he was able to learn a concerto within that span of time.

Before he reached eight, Misha could already play both the violin and the piano like his sister.

“For me it’s a privilege,” says Miracle. “I find it advantageous for Misha that we are related and living in the same house since it allows me to observe his progress closely and constantly.”

Marietta says she encouraged all her children to take to music because “even if one has retired from one’s profession, the music does not stop.

“The benefits we get in listening and playing classic music are evident and scientifically proven,” she adds. “Music stimulates the other side of the brain, which academics cannot do. We tried to expose them in every way we could. When the elder siblings were three and four years old, we did not have a piano then but Miracle was already composing short songs. We made a hanging bottle xylophone in two octaves. and that was when they started playing music using piano books but playing on Tanduay bottles. We did not have to force them. They were instinctively drawn to music.” 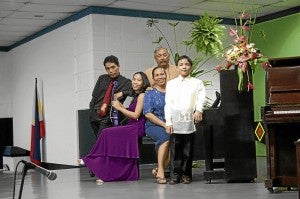 Another big surprise in the Romano family is that all the three siblings are homeschooled, with the elder brother and sister finishing college courses by correspondence.

Marietta cites the advantage of homeschooling. “We could be together all the time. They could take their lessons with them when we travel. We are able to monitor their activities. No need to worry about transport and baon allowance, no unnecessary assignments and impractical projects. We could schedule our activities at our own pace.”

“It’s not all that easy,” she adds. “At least, one parent should be there all the time. Because the parent is the teacher, the supervisor and the resource person. There must be self-discipline for it to be effective.”

Misha is enjoying the best of both worlds since he plays music and, like his father, paints.

Moreover, life in the province allows him to go biking and fishing.

Meanwhile, you can see the result of homeschooling when Misha Romano plays Chopin’s Waltz in B Flat Minor; Debussy’s Golliwog’s Cake Walk; Haydn’s Sonata in C Major Hob. 3; and Beethoven’s Sonatina in F Major, on Nov. 26.