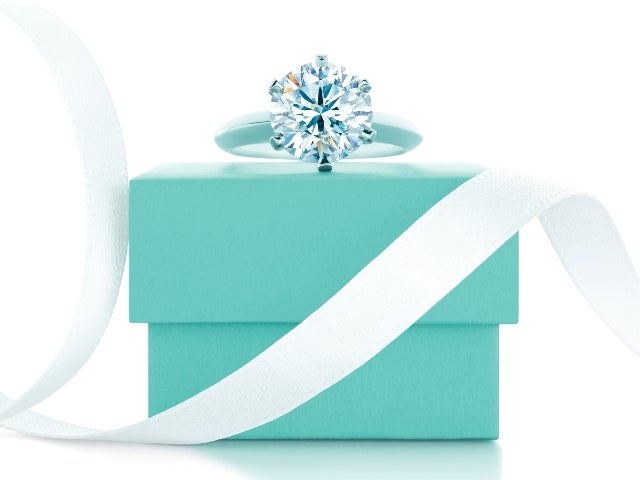 THE TIFFANY Setting, the most copied design of engagement ring in the world, is celebrating its 130th year.

IT MAY not be a long-held Asian tradition, but thanks to Hollywood, giving an engagement ring to one’s intended is increasingly becoming obligatory in this part of the world, the Philippines included.

“There’s really no wedding jewelry culture in Asia, but I’ve been here for 30 years, and it’s changing so fast,” said Erica Kerner, Tiffany & Co. VP for marketing in Asia Pacific.

“In China, they give jade and gold, but there’s really no diamond culture,” she added. “But the number of women getting married with a diamond engagement ring, just in the last 10 years, it’s amazing. Part of it is owing to Hollywood movies, and part of it is because of brands like Tiffany.”

Kerner was in town last week to mark the 130th anniversary of the “Tiffany Setting” at the Raffles Makati, where it partnered with Rustan’s and the hotel for a three-day bridal fair. Tiffany has been at Rustan’s since 1993.

The Tiffany Setting is the most copied engagement ring design in the world, created by Tiffany founder Charles Lewis Tiffany in 1886, where the round, brilliant-cut diamond is lifted on a pedestal of six prongs to display the beauty and magnificence of the precious gem.

Shopping for the ring varies for each country, said Kerner. It’s no longer about the man surprising the woman with the box. In South Korea, for instance, it’s the groom’s mother who’s the main driver, while both families might be involved in the ring process in China. Other couples shop for it together, “and the girl just asks the guy to surprise her when he gives it.”

“More and more young Asian couples are adopting western traditions, but they’re making it their own,” she said. “Here in the Philippines, it’s amazing how digital technology and videos have become such a big part of a wedding—the prenup video, same-day edits of the videos, I love that!”

Even the ring trends are changing, she said. “The Tiffany Setting is still the most popular, but we have a broader style selection than many brands. Becoming more popular for engagement rings are the colored stones. In the Philippines, yellow diamonds are more popular than ever before. It’s a worldwide trend. Princess Diana and later Duchess Kate really helped popularize colored stones. In Asia, there’s such an appreciation and value in rare stones. Blue, pink, yellow diamonds are appreciated very much in this part of the world.”

Donnie Tantoco, president of Rustan Commercial Corp., shared that one of his twin daughters, Nicole, recently received a yellow diamond engagement ring from her fiancé.

On a trip to New York last year, Tantoco said he made a mental note to one day buy a yellow diamond for his daughter after Nicole expressed her delight in seeing one, on their tour of the Tiffany flagship store on 5th Avenue. The store is the setting of many Hollywood flicks, including the 2002 rom-com “Sweet Home Alabama,” the proposal scene of which many Tiffany customers have asked to replicate, said Kerner.

Kerner said there’s also a preference for rose gold in Asia, which is quite flattering for the Asian complexion. Yellow gold is also making a comeback.

She said this also as an advice to women who may be influenced by the ring styles of celebrities.

Asians are increasingly more discerning when it comes to the quality of jewelry they buy, she said. Simply larger is no longer better.

“That may be more true in America today where the quality doesn’t matter as much as the size,” she said. “Here, no matter how small the stone is, people want the best. Even with a very small stone, people still want to know what’s the cut, what’s the clarity. They’re very knowledgeable, very sophisticated consumers. It’s all about the quality now for Asians.”

There’s no set guide to budget for the ring, Kerner said. “Each is unique and different. Our sales staff can help guide you.” At Rustan’s, a Tiffany diamond ring starts at about P120,000. Couples sometimes opt for wedding bands, which start at about P55,000 each.

The brand has also long served same-sex couples or dating couples who just want matching rings, like the Koreans, with a vast selection of band styles.

Tiffany’s popularity in the Philippines is owed in large part to Hollywood. The movies (“Breakfast at Tiffany’s”) have played an important role in bringing the brand closer to Filipinos, with the signature Tiffany blue box making an appearance in many iconic film and TV scenes. (Kerner’s team has worked with popular Korean dramas to have Tiffany written in story lines. There will also be scenes involving Tiffany in the new “Bridget Jones’ Baby” movie.)

“It’s the ultimate American luxury brand,” Kerner said. “Tiffany celebrates all of life’s happy moments. Customers understand and gravitate toward those sensibilities. The emotion that comes when one receives that blue box is the same all over the world.”

And that’s true whether one prefers white or yellow diamonds, rose, yellow or white gold.

For the 130th anniversary of the Tiffany Setting, Raffles Makati is offering the bespoke Tiffany-inspired “Will You?” bridal afternoon tea, exclusive to those who purchase a Tiffany & Co. engagement ring or avail of any of Raffles’ bridal packages until Sept. 30, as a bridal shower for eight. Call 5559737 or e-mail [email protected].