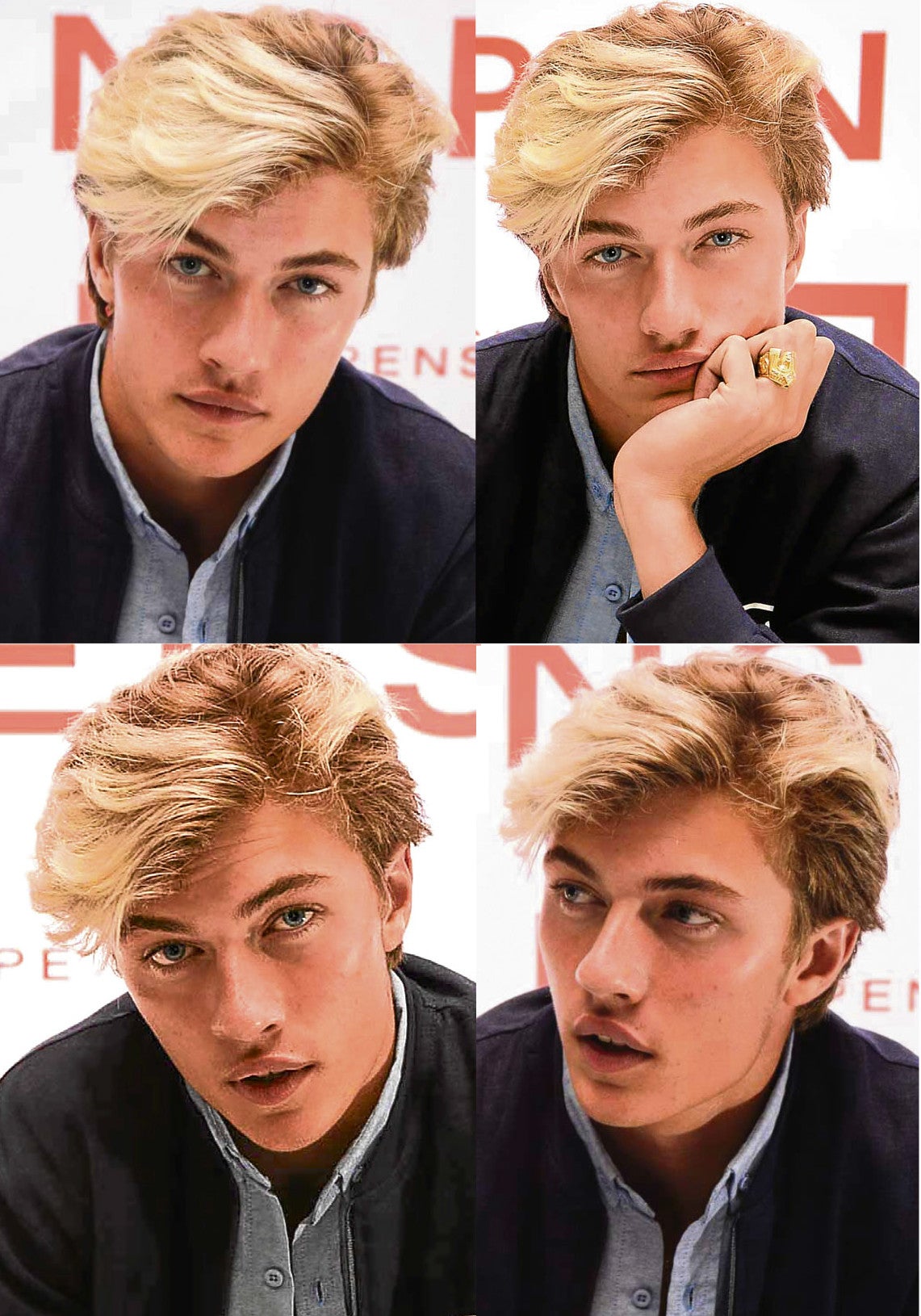 “It’s not like an interview that just gives the key things… I also wanted to inspire people through it, give them confidence,” he said.

The title and cover of the book remain a well-kept secret, as are the personal photographs in it. Lucky Blue admits that collecting pictures for his book was unexpectedly the most difficult task.

He wanted them to be unlike his usual photos—they had to be unpublished in any of the magazines he has appeared in, or unseen in any of his social media accounts.

“I think differently of photos now,” he said.

Lucky pointed out that the process of curating photos for his current project made him more reserved and meticulous about sharing pictures online.

“If it’s a cool photo, I post it… It was hard to find a photo of fashion week that I haven’t really posted. Finding, digging deep for photos, it was hard,” he stressed.

(READ: Lucky Blue Smith to his Filipino fans: “You guys are the best”)

The hottest American “It” boy—currently tagged as the male Cara Delevingne—has also started building a career in cinema, having appeared in “Love Everlasting,” written and directed by Rob Diamond filmed in August last year.

Lucky Blue says the indie film is a love story about inner beauty. “In this story I fall in love with a girl”—he said, refusing to spoil it any further.

He didn’t even have to audition for the lead role. Lucky Blue previously talked to the director about pursuing acting, and Diamond, a longtime friend of his dad, thought he was perfect to play the character of Bridger, who was born with a rare heart defect.

“He [Diamond] talked to me about this film and his idea, and I said I’m down to do it. There was no agency or anything. It was just me and him,” Lucky Blue explained.

When asked who he’d like to work with in the future, he said: “I think it would be the coolest thing in the world to be in a movie with Leonardo DiCaprio. That is what I wanna do.”

And if his acting chops in “Love Everlasting” are noteworthy, that doesn’t seem too impossible.

The list of things to look forward to doesn’t end there. Lucky Blue—along with his sisters Daisy, Pyper and Starlie—also have another ace up their sleeves.

Despite being sought after in the fashion world, the model skipped the latest fashion week to focus on creating music with the family band, The Atomics, for which he plays the drums.

Although fashion has recently taken a backseat for Lucky, who will be performing new songs with The Atomics in their Utah shows this August, he said he won’t really stop doing endorsement projects, like the latest Penshoppe campaign for its pre-holiday season collection called “Rules the City.”

“I’m pretty easy to style,” Lucky Blue said. “I always think that classic, simple clothes are the best. Penshoppe is really good at doing that.”

His go-to outfit consists of a jacket, either with a simple or loud design, on top of modern yet vintage basic pieces and skinny jeans “with the right amount of skinniness.”

“I like simple clothes. It’s weird, I’m not really up on every fashion trend. I don’t really know the exact fashion trends right now,” he admitted.

Last July 29, he was sporting an off-duty model look—black distressed skinny jeans, a denim blue button-down collared shirt that bared his chest, and a simple navy jacket, all by Penshoppe.

He completes his outfit with his staple black Yves Saint Laurent ankle boots, which he has worn out from too much walking, according to one of his Twitter posts. Who else can make beat-up boots work and still worthy of a lookbook post?

And guess what? Opening and closing the Penshoppe fashion show, he wore his favorite jackets from the collection on top his signature shirt and jeans combo—his runway looks remaining true to his own style.