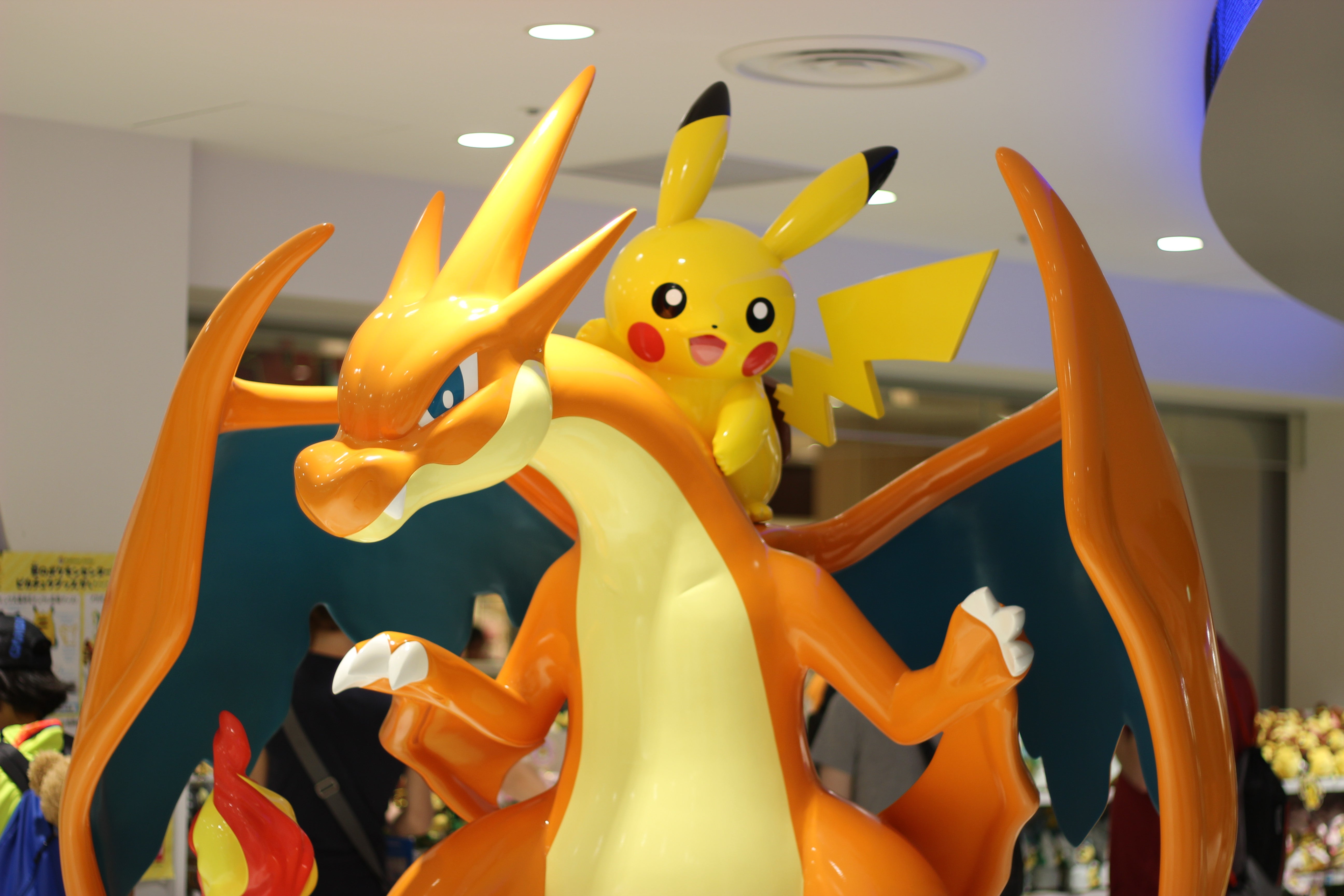 My journey from Pokemon geek to ‘Pokemon Go’ freak

TOKYO—I’ve always been a Pokemon fan since I was a kid. I remember playing the cat-and-mouse game with my yaya just to have monopoly over the TV remote.

As a child, I was so nimble, I could run around the house without anyone grabbing the remote control from my hand. Aye!

From the very melodramatic afternoon telenovela, I’d successfully change the channel to “Pokemon.” The Pokemon opening anthem would play, accompanying the scene of Mewtwo and Mew flying in the universe.

Then the scene would cut to Ash Ketchum looking up, his gaze of hope and aspiration, then fading into the scene of him alone in the middle of the court.

To be an “It” kid of the 1990s, you had to have Pokemon cards, a Gameboy Color, and any of the Pokemon versions of software. These were an essential starter kit for geeks in elementary school.

The true geek could figure out how to duplicate his Pokemon (including the legendary ones), encounter the Missingno (the famous Pokemon game glitch), use a Poke Flute to wake up Snorlax in the middle of your journey to Indigo Plateau, and defeat the Elite Four of the Pokemon League.

Oh, I almost forgot: You were a certified Pokemon geek when you could guess the Pokemon behind the silhouettes during the commercial breaks.

My friends and I would fight over it and punch anyone who guessed the Pokemon right before its big reveal!

In high school I stopped playing Pokemon because of my changing priorities. I actually thought I had officially ended my journey towards being the very best at Pokemon—but I was wrong.

When I saw my friend playing Pokemon X and Y (the latest versions in 2013), I knew what I wanted for my graduation from University—a Nintendo 3DS!

Before I went to Japan, going to a Pokemon Center was on my bucket list.

The very first thing you hear when you enter the Sunshine City Building in Ikebukuro, Tokyo, is the Pokemon Centre anthem. My heart jumped when I realized I was just meters away from Pokemon Center Mega Tokyo.

I saw people of all ages bringing their Nintendos and Pokemon software to download free Pokemon and play against each other. On top of that, I saw massive statues of Mewtwo, Pikachu, Charizard and a giant moving Pokeball screen at the entrance.

I almost fainted when I saw themed Pikachu plushies and other cute Pokemon. They were displayed in a way that tempted you to buy them.

On certain occasions, Japan would release the latest Pokemon, but for you to download them straight to your game software, you had to buy a movie ticket that came with a code.

Luckily, the Universe blessed me with genes that made me look like a high school student. Yes, I bought a ticket by successfully blending in with the kids, then queued along with other kids who were accompanied by their parents to watch the movie and download the Pokemon.

I cried in the darkness because I found the movie so sad.

I would also contact my friends in the States to get limited-edition Pokemon released in their part of the world—but not in Japan. Yes, I realized that having connections is very important!

Last July 22, “Pokemon Go” was finally released in Japan. It was originally due to come out two days earlier, but because the information was leaked, developers postponed the release, which resulted in an uproar among fans.

I still remember the morning I downloaded the application and roamed around my neighborhood to catch my Starter Pokemon.

I’ve read that you can actually have a Pikachu as a Starter Pokemon if you move away from the three basic Starter Pokemon because they just teleport back to your nearest location and you continue doing this until Pikachu appears.

When Pikachu finally appeared to me, unfortunately, it was inside a private compound. There I was faced with one of the toughest decisions of my life: to catch Pikachu or get caught for trespassing.

Long story short, I was able to go back to my apartment with my Pikachu!

My story is only one of those odd stories here in Japan. I’ve heard about a Brazilian guy who walked in the middle of a railway searching for Pokemons. According to the report, he came from a barbecue party and was not familiar with the place.

There was also the report about someone coming face to face with a real bear while hunting for Pokemon.

Another news of a bizarre incident circulating here in Japan involved a woman beaten up by a guy who reportedly accused her of taking his picture.

The woman denied the allegation—she was only playing Pokemon Go with her camera on.

I’m happy about the Pokemon Go effect in Japan. Japanese people are very reserved; they prefer to spend their time resting after work.

Through Pokemon Go, my generation not only recalled good memories of growing up, it welcomed other generations to experience our exciting journey as virtual trainers.

Over here, you’d be surprised to see grannies in mountain hiking gear screaming “Yatta!” (“Gotcha!” in Japanese) right after they swipe their smartphones.

With Pokemon Go, I appreciated my neighborhood even more because it gives me the chance to go to PokeStops to collect items and stop momentarily to appreciate the landmarks around me.

Suddenly, the app is more than a game—it’s a catalyst that unites generations to feel their best like never before.