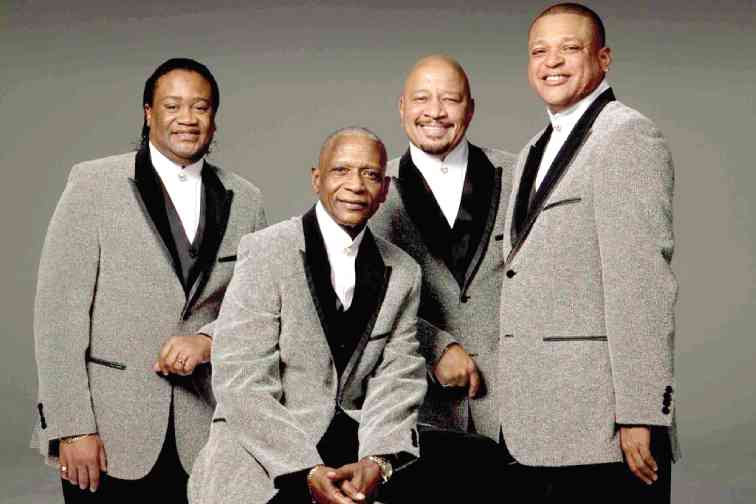 FOLKS looking for a restaurant to have early dinner before watching two coming concerts—Kenny Rogers (Aug. 11), and The Stylistics with Main Ingredient (Aug. 14), both at Smart Araneta Coliseum—the newly opened Hukad sa Golden Cowrie in TriNoma is worth a try.

If Golden Cowrie rings a bell, that’s the same restaurant in Lahug, Cebu, which is said to be enjoying a loyal clientele since opening in 1982.

Hukad—Cebuano for hain or to serve food generously—was opened by Golden Cowrie owners Kenneth and Kristine Kokseng in 2008 to cater to the malls.

It opened its first franchise branch at TriNoma and we had a sample of its dishes.

Among the standouts were the Pomelo Salad, Vegetarian Sisig, Baked Bantayan Scallops, Bloodless Dinuguan (made with tofu), Crispy Pata and, of course, Cebu-style Lechon Belly.

The menu—developed and personally supervised by Kristine—is groaning with lots of other interesting items.

The word from concert promoter Renen de Guia of Ovation Productions on Kenny Rogers’ own show at the Big Dome is that tickets are “almost sold out.”

Is it because this will be Rogers’ last tour, as he himself announced? Or probably because the country-pop superstar has a loyal fan base in the Philippines. Or maybe it’s just that many Pinoy seniors are in the mood these days to go out and watch such classic acts.

In any case, you have five days starting today to score tickets before they run out.

Speaking of classic pop acts, there’s also good reason to consider watching The Stylistics concert on Aug. 14 at the Big Dome—this is still the same group whose smooth and sweet sound made it one of the most successful soul/R&B vocal groups of the 1970s.
Original members Airrion Love and Herb Murrell are still on board, with Eban Brown and Jason Sharp who joined in 2000 and 2011, respectively.

The bonus is that another soul/R&B act, The Main Ingredient with lead singer Cuba Gooding Sr., will be part of the show.

The Main Ingredient is mainly known for its version of “Just Don’t Want To Be Lonely” and other hits like “Everybody Plays The Fool,” “Girl Blue,” “I’m So Proud,” “Spinning Around” and “Who Can I Turn To.”

Expect a Big Dome sing-along especially when The Stylistics start singing “Stop, Look, Listen,” “You Are Everything,” “Betcha By Golly, Wow,” “People Make the World Go Round,” “I’m Stone In Love with You,” “Break Up to Make Up” and “You Make Me Feel Brand New.”

‘King of the Bar’

After a number of attempts for several years, Aldrin Javar of TGIFridays Fairview finally bagged the title “King of the Bar” at the 21st TGIFridays “Shake, Rattle and Pour” bartending competition held recently at TGIFridays Midtown Atrium, Robinsons Place, Manila.

Javar will represent the Philippines at the TGIFridays Asia-Pacific Bartending Competition in Taiwan in October.

A new bar called Black Olive Cerveceria is offering a “Beer Buffet” for P999—which is good for all the premium beers on tap you can drink all night.

There are fruity and citrusy or dark and caramelized beers that you can pair with Fritto Misto de Mare (lightly breaded, crunchy shrimps, calamari, crispy beer-battered fresh New Zealand mussels and deep-fried cod fish served with a side of freshly made Pommes Frites).