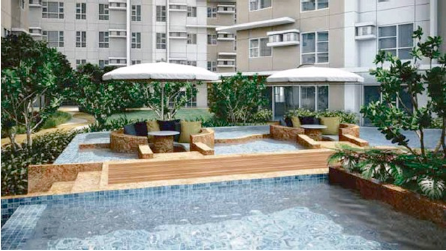 A safe and efficient mass transportation system was among the more serious issues raised by the voting public during the heat of the campaign season earlier this year.

Candidates, in turn, had advocated for a change, an improvement of the current system, knowing all too well how the horrendous traffic and congested roads in the metro have been draining the economy by more than P2 billion daily.

Trusted property developer Empire East understood this predicament too as it was aware of how mobility matters not only in enabling faster, better, and more efficient flow of goods, but also in allowing the easy movement and transfer of individuals.

This is perhaps why Empire East has secured the votes of many homebuyers as it has been known to champion developments that provide for safe, efficient and easy travel.

More specifically, Empire East continues to push for integrated urbanbased township developments that are transit-oriented as it understood well how important it is to be at the center of everything and to have quick access to the different kinds of public transport.

Indeed, Empire East has vastly changed the real estate scene when it launched its transit-oriented developments (TODs), such as the Pioneer Woodlands, in rapid succession. And the reception for such projects has hardly waned, making this TOD category a continued bright spot in the local property industry. For a good reason, of course.

Here is a rationale of why these TODs like the Pioneer Woodlands made a qualified choice for commuters and those individuals who put much value on the ease and comfort of travel.

Pioneer Woodlands was put up to enable people to experience the seamless balance between modernity and nature. For this particular project, Empire East created a custom environment with a design centered on integrating natural elements and modern sensibilities that is both aesthetically appealing, and significantly functional.

Pioneer Woodlands’ instant link to the MRT-3 Boni Station along Edsa positions residents at the center of the north and south, thus allowing them to easily go from one exciting destination to another.

The units, whose cuts ranged from 20.50 to 61 sqm, were also designed to appeal to young urban professionals and to students who have active and driven lifestyles. These are the city adventurers who need to be out and about in the city, or those with office responsibilities that require close proximity to the city and yet, they aspire for that soothing calm that a laid back, nature-centered lifestyle brings.

Pioneer Woodlands offers the joy and convenience of being home as soon as one hops off the bus or train while the malls, schools and hospitals in the city are all reachable within 15 to 20 minutes.
For more details, you may contact Empire East at 02-8103333 or visit their website. ADVT.