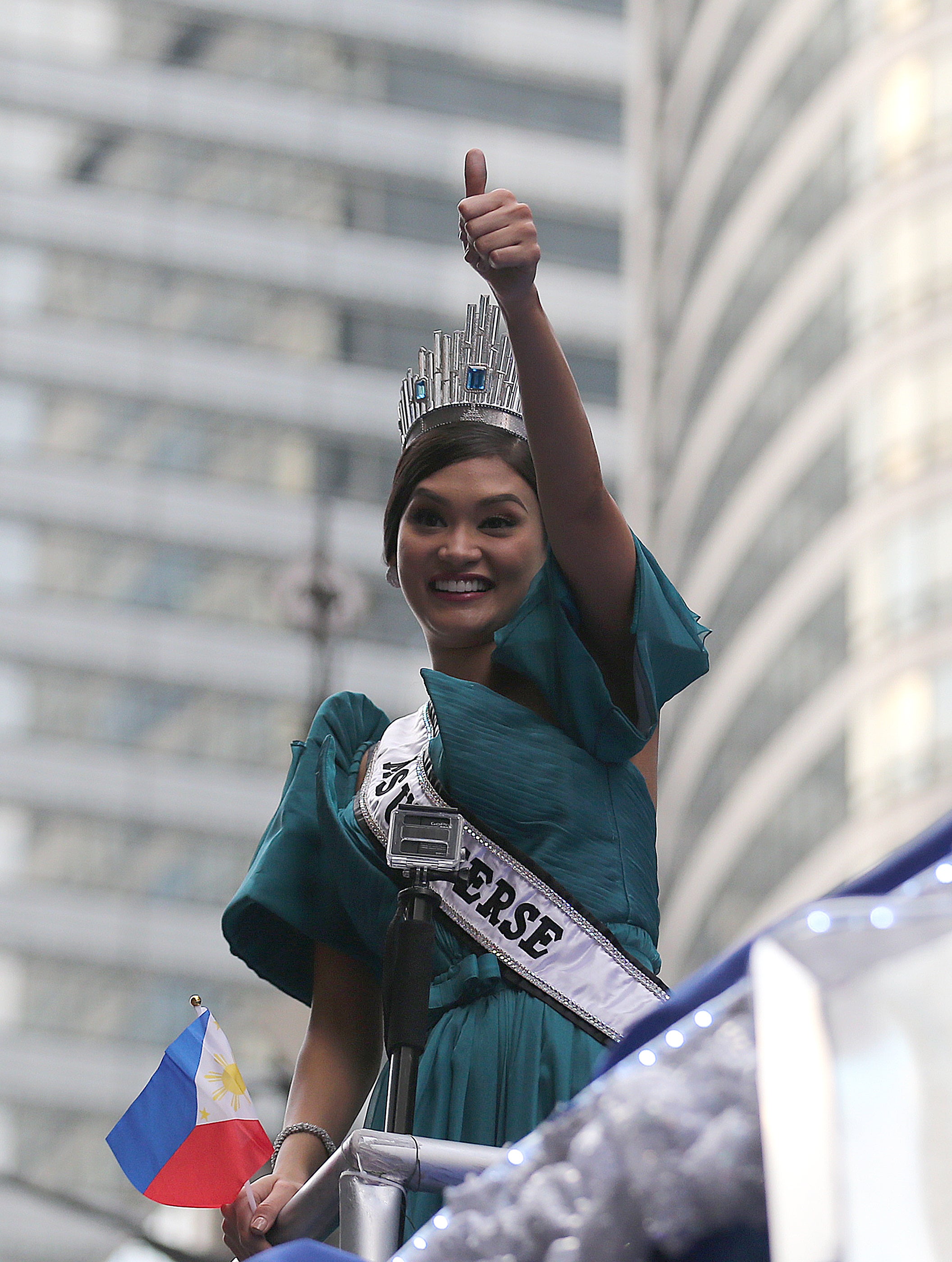 Ms. Universe Pia Wurtzbach of the Philippines gives a thumbs up during the victory parade along Ayala Avenue, Makati. INQUIRER PHOTO/RAFFY LERMA

The Armed Forces of the Philippines (AFP) on Friday said it was taking seriously reports of alleged threats from the terror group Islamic State (IS) to sabotage the country’s hosting of the Miss Universe pageant in 2017.

The AFP said they have yet to verify the authenticity and source of the threat, which first surfaced on social media.

“That notwithstanding, we are taking the threat seriously. As in any threats, whether verified or not, it behooves the AFP—in coordination with the PNP and other counterpart agencies—to take appropriate measures to counter the threats,” the AFP said in a statement.

The military was reacting to a tutorial video on how to make explosives posted by a pro-IS social media channel, which suggested creating “a bomb for Miss Universe” pageant that will be held in Manila next year.

Maintaining that there is no IS presence in the Philippines, AFP chief of staff General Ricardo Visaya called on the public to remain calm, saying that “threats intended to cause panic and chaos are the ends of terrorist groups.”

“We reiterate that there is no ISIS (Islamic State of Iraq and Syria) in the Philippines. What we have are groups claiming affiliations with ISIS in their bid to draw funds. It is not farfetched for ISIS to claim to have cells in the Philippines to show global membership,” the AFP said.

This week, President Rodrigo Duterte told the Philippine Army to prepare for the “looming” IS problem, which he said will come to the country in “three to seven years.” IDL/rga